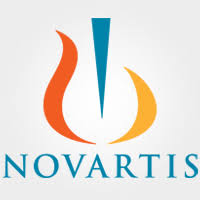 Doctors and patients are clamoring for more ways to fight lung cancer, the leading cause of cancer deaths in the U.S., of which NSCLC is the most common form. In March, LDK378 received Breakthrough Therapy designation from the US Food and Drug Administration (FDA). The designation is intended to expedite the development and review of drugs that treat life-threatening conditions and show improvement over available therapies.

Currently, two Phase II clinical trials are actively recruiting patients worldwide. One study focuses on patients with ALK+ NSCLC who were previously treated with chemotherapy and crizotinib (NCT01685060). The second study examines LDK378 in patients who are crizotinib-naive (NCT01685138). In addition, Phase III clinical trials are planned to begin in the coming months, aiming to enroll more than 1,100 patients with ALK+ NSCLC at sites worldwide. Novartis plans to file for approval the drug in early 2014.

The compound LDK378, a highly selective inhibitor of ALK, has been granted “Breakthrough Therapy Designation” by the FDA for the treatment of patients with ALK-positive metastatic non-small cell lung cancer (NSCLC) who have already received treatment with crizotinib (Xalkori).