A NOVEL, GREEN AND COST EFFECTIVE PROCESS FOR SYNTHESIS OF TERT-BUTYL (3R,5S)-6-OXO-3,5-DIHYDROXY-3,5-O-ISOPROPYLIDENE-HEXANOATE

The present invention describes an eco-friendly and cost effective process for the synthesis of teri-butyl (3R,5S)-6-oxo-3,5-dihydroxy-3,5-0-isopropylidene-hexanoate [I] 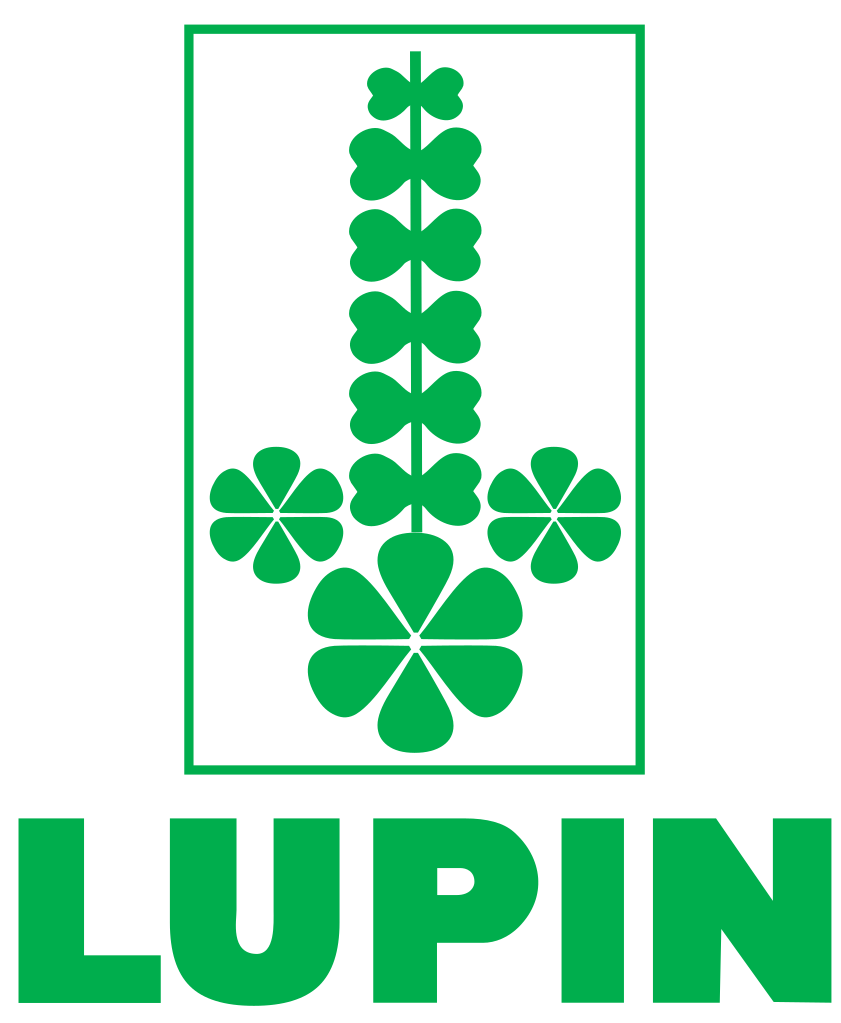 Compound [I] is generally obtained by various methods of oxidation of teri-butyl 2- ((4R,65)-6-(hydroxymethyl)-2,2-dimethyl-l,3-dioxan-4-yl)acetate [compound II] and are discussed in details hereinafter. In addition, various methods for synthesis of compound [II] are also elaborated below.

(Schemel). In the said process, (5)-methyl 4-chloro-3-hydroxybutanoate has been obtained in only 70% yield through whole cell enzymatic reduction of methyl 4-chloro-3- oxobutanoate, which has a necessity of special equipment such as fermenters as well as other microbial facilities such as sterile area, autoclaves, incubator for growing seed culture, etc.

(S)-mefhyl 4-chloro-3-hydroxybutanoate upon reaction with teri-butyl acetate in presence of LiHMDS or LDA at -78°C, yielded (S)-ieri-butyl 6-chloro-5-hydroxy-3- oxohexanoate, which was further transformed to corresponding diol through syn selective reduction in presence of methoxydiethyl borane/sodium borohydride at -78°C. The diol thus obtained was converted to compound [II] .

EP 1282719 B l (PCT application WO 01/85975 Al ) discloses a process for synthesis of compound ( R, 5S)-tert-bv y\ 3,5,6-trihydroxyhexanoate from (S)-tert-b tyl-5,6-dihydroxy-3-oxohexanoate through a) asymmetric hydrogenation in presence of a chiral catalyst e.g. di-mu-chlorobis-[(p-cymene)chlororuthenium(II)] along with an auxiliary such as (IS, 2S)-(+)-N- (4-toluenesulfonyl)-l ,2-diphenylethylenediamine as ligand, which gave desired product only in 70% diastereomeric excess (de); b) Whole cell enzymatic reduction of (S)-tert- butyl 5,6-dihydroxy-3-oxohexanoate to obtain compound (3R, 5S)-tert-bv y\ 3,5,6-trihydroxyhexanoate in 99% de (80% yield).

It is needless to mention that it has necessity of fermenter and other microbiological equipment (Scheme 2).

Moreover, conversion of (2>R,5S)-tert-bv y\ 6-acetoxy-3,5-dihydroxyhexanoate to tert-bv yl 2-((4R,65)-6-(acetoxymethyl)-2,2-dimethyl-l ,3-dioxan-4-yl)acetate was accomplished in only 25% yield and also required the flash chromatography for isolation of desired product.

Thus, overall yield for this process is poor and process is not operation friendly especially at large scale hence cannot be considered feasible for commercial manufacturing.

In the said patent application 6-chloro-2,4,6-trideoxy-D-erythro-hexose was converted to (4R, 65)-4-hydroxy-6-chloromethyl-tetrahydropyran-2one with excess of bromine in presence of potassium bicarbonate, which liberates environmentally undesired gas i.e. carbon dioxide.

Moreover, starting material i.e. 6-chloro-2,4,6-trideoxy-D-erythro-hexose is not commercially available and conversion efficiency of starting material at large scale towards (4R, 65)-4-hydroxy-6-chloromethyl-tetrahydropyran-2-one is only 67%.

US Patent No. 6689591 B2 has demonstrated the whole cell enzymatic reduction of teri-butyl 6-chloro-3,5-dioxohexanoate to compound [II] (Scheme 4).

In the said process, whole cell enzymatic reduction is not specific; yield for desired product is only 34% and other partially reduced products are also obtained.

Hence, further purification is required for obtaining the desired compound. Thus, this process is not suitable for commercial scale.

In the said process, tartaric acid di-i‘sopropyl ester is doubly protected by tert-butyldimethylsilyl group, which was reacted with dianion of teri-butyl acetoacetate to give β, δ-diketo ester compound.

β,δ-diketo ester was reacted with 2 equivalent of diisobutylaluminium hydride (which is a pyrophoric reagent) to afford -hydroxy,8-keto ester in only 60% yield.

This process is not industrially viable as overall yield is very low and also because of use of costly and pyrophoric reagents/chemicals.

The overall yield for this process is very low and moreover, it required the diastereomeric separation of teri-butyl 2-(6-(iodomethyl)-2-oxo-l,3-dioxan-4-yl)acetate by flash chromatography.

Since overall requirement of title compound is very high, any operation involving flash chromatography will tend to render the process commercially unviable.

Needless to mention a commodity chemical like compound [I] cannot be manufactured by such a laboratory method, which involved number of steps.

In this publication, duration of the reaction for diastereomer- specific hydrolysis of 1,3, diol-acetonides is reported to be 4 h, however, in our hand it was observed that hardly any reaction took place in 4 h, which made it non-reproducible.

Hence, additional innovation needs to be put in for making the process industrially viable.

In the same patent application tert-b tyl (S)-6-chloro-5-hydroxy-3-oxohexanoate was synthesized through Blaise condensation of (5)-4-chloro-3-hydorxy-butanenitrile with zinc enolate of tert butyl bromo acetate.

In the literature, synthesis of tert-bv yl (S)-6-chloro-5-hydroxy-3-oxohexanoate was reported through Blaise condensation of silyl protected (5)-4-chloro-3-(trimethylsilyl)oxy-butanenitrile with zinc enolate of tert butyl bromo acetate, in good yield (Synthesis 2004, 16, 2629-2632). Thus, protection of hydroxy group in (5)-4-chloro-3-hydorxy-butanenitrile is imperative.

In the said Chinese patent application, in claim 7, it was mentioned that solvent used for conversion of tert-bv yl (5)-6-chloro-5-hydroxy-3-oxohexanoate to ( R,5S)-tert-butyl 6-chloro-3,5-dihydroxyhexanoate is anyone or mixture of more than one from tetrahydrofuran, ether, methanol, ethanol, n-propanol, /so-propanol and ethylene glycol.

However, in enablement the only example using mixture of solvent was that of THF-methanol (Experimental section, Example 4: The preparation of (R,5)-6-chloro-3,5- dihydroxyhexanoate) and same outcome was expected in other individual or mixture of solvents.

Claim 8 of CN 101613341A mentioned that reduction was carried out by any one or mixture of more than one reducing agents such as sodium borohydride, potassium borohydride, lithium aluminum hydride, diethylmethoxy borane, triethyl borane and tributyl borane.

It implies that either any one of the reducing agents or a mixture of the same can be employed. From reaction mechanism it is very much clear that diethylmethoxy borane, triethyl borane and tributyl borane form the six membered complex between optically active hydroxyl and carbonyl group, which gets reduced by sodium borohydride, signifying that individually diethylmethoxy borane, triethyl borane and tributyl borane are not reducing agents

Summarizing, the teachings of the application are not workable.

Thus, all the reported methods for stereo-selective hydride reduction of compound [VI] were achieved through mixture of trialkyl borane or diethyl methoxy borane & sodium borohydride in THF, at -78°C. As mentioned earlier, trialkyl borane or diethyl methoxy borane are pyrophoric in nature; in addition to that anhydrous THF is costly and moreover, reaction required large dilution.

B) The process of Oxidation of compound [II] to compound [I] has been discussed in following literature processes.

environmentally benign; none of the reported methods use molecular oxygen as oxidizing agent in presence of metal catalyst/co-catalyst.

A reactor was charged with 1.1 g of copper (I) chloride and 10 mL of acetonitrile. 2-2′ Bipyridyl (156 mg) and TEMPO (156 mg) were added to the reactor under oxygen environment at 25°C. A solution of (6-Hydroxymethyl-2,2-dimethyl-[l,3]dioxan-4-yl)-acetic acid tert-butyl ester 2.6 g in 26 mL DCM was added dropwise over a period of 10 min into it. The reaction mass was stirred at 40°C and progress of reaction was monitored on GLC, which shows that 90% conversion for desired product.

A reactor was charged with 1.1 g of copper (I) chloride and 10 mL of dichlorome thane. 2-2′ Bipyridyl (156 mg) and TEMPO (156 mg) were added to the reactor under oxygen environment at 25°C. A solution of (6-Hydroxymethyl-2,2-dimethyl-[l,3]dioxan-4-yl)-acetic acid tert-butyl ester 2.6 g in 26 mL DCM was added dropwise over a period of 10 min into it. The reaction mass was stirred at 40°C and progress of reaction was monitored on GLC, which shows that 90% conversion for desired product. 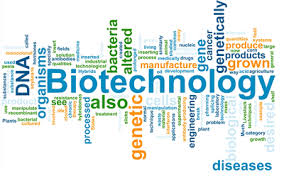 In June 2013, the U.S. Supreme Court issued a unanimous decision upending more than three decades worth of established patent practice when it ruled that isolated gene sequences are no longer patentable subject matter under 35 U.S.C. Section 101.While many practitioners in the field believed that the USPTO would interpret the decision narrowly, the USPTO actually expanded the scope of the decision when it issued its guidelines for determining whether an invention satisfies Section 101. The guidelines were met with intense backlash with many arguing that they unnecessarily expanded the scope of the Supreme Court cases in a way that could unduly restrict the scope of patentable subject matter, weaken the U.S. patent system, and create a disincentive to innovation. By undermining patentable subject matter in this way, the guidelines may end up harming not only the companies that patent medical innovations, but also the patients who need medical care. This article examines the guidelines and their impact on various technologies.

Alcaftadine is used to prevent eye irritation brought on by allergic conjunctivitis. It is a H1histamine receptor antagonist.

It was approved by the U.S. Food and Drug Administration in 2010 under the trade name Lastacaft.

Exclusivity is marketing rights granted by the FDA to the ALLERGAN.
Exclusivity ends on 2015-07-28.

Exclusivity is marketing rights granted by the FDA to the EISAI INC.

How Long Is A Drug Patent Good For?

Patents are good for 20 years after the invention of a drug–not after the drug comes to market. It can easily take eight years for the pharmaceutical companies to gather enough data to get approval for their new invention from the U.S. Food and Drug Administration. Meanwhile the FDA can send the drug company back for more clinical studies  (experiments using humans as subjects to test the drugs’ efficacy and side effects) and more data, and all the while the patent clock is ticking.

How Long Is A Drug Patent Good For? – Drugsdb.com http://www.drugsdb.com/blog/how-long-is-a-drug-patent-good-for.html#ixzz2evb9L5rn

Disclosed herein is a novel route of synthesis of syn azide epoxide of formu 5, which is used as a common intermdeiate for asymmetric synthesis of HIV protease inhibitors such as Amprenavir, Fosamprenavir, Saquinavir and formal synthesis of Darunavir and Palinavir obtained by Cobalt- catalyzed hydrolyti kinetic resolution of racemic anti-(2SR, 3SR) – 3 -azido – 4 -phenyl – 1, 2- epoxybutane (azido-epoxide