People with chronic diseases like diabetes and multiple sclerosis have inflamed, leaky blood vessels, heightening their risk of heart attack and stroke. Some scientists envision using a patient’s own stem cells to regrow healthy tissue to plug the leaks and calm inflammation. A new polymer coating could help these stem cells find and adhere to inflamed endothelial tissue (J. Am. Chem. Soc., DOI: 10.1021/ja400636d). 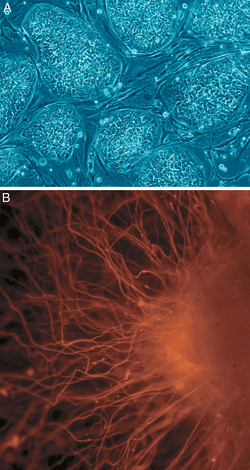 Barostim neo is designed to use the body’s own natural blood flow regulation system to treat hypertension.

The system works by electrically activating baroreceptors, the body’s natural blood pressure sensors that regulate cardiovascular function. When the Barostimneo is activated, signals are sent through neural pathways to the brain, which responds by telling the arteries to relax, the heart to slow down and the kidneys to reduce fluid in the body, lowering excessive blood pressure and workload on the heart.

DURHAM, N.C., April 29, 2013 Scioderm announced its investigational product SD-101 has received Breakthrough Therapy designation by the U.S. Food and Drug Administration (FDA) for the treatment of patients with inherited Epidermolysis Bullosa (EB). SD-101 is Scioderm’s investigational therapy that is being evaluated for the treatment of skin blistering and erosions associated with this disease, including facilitation of healing of skin lesions and reduction of the incidence and/or severity of new lesions.

April 30, 2013 2:59 am / 5 Comments on FDA Approves Kcentra for the Urgent Reversal of Anticoagulation in Adults with Major Bleeding

The U.S. Food and Drug Administration today approved Kcentra (Prothrombin Complex Concentrate, Human) for the urgent reversal of vitamin K antagonist (VKA) anticoagulation in adults with acute major bleeding. Plasma is the only other product approved for this use in the United States.

Patients receiving chronic anticoagulation therapy with warfarin and other VKA anticoagulants to prevent blood clotting in conditions such as atrial fibrillation or the presence of an artificial heart valve sometimes develop acute bleeding. Like plasma, Kcentra is used in conjunction with the administration of vitamin K to reverse the anticoagulation effect and stop the bleeding. Unlike plasma, Kcentra does not require blood group typing or thawing, so it can be administered more quickly than frozen plasma.

“The FDA’s approval of this new product gives physicians a choice when deciding how to treat patients requiring urgent reversal of VKA anticoagulation,” said Karen Midthun, M.D., director, Center for Biologics Evaluation and Research, FDA. “Kcentra is administered in a significantly lower volume than plasma at recommended doses, providing an alternative for those patients who may not tolerate the volume of plasma required to reverse VKA anticoagulation.”

Kcentra is associated with the occurrence of blood clots when used as indicated, and carries a boxed warning regarding the risk of blood clots. The warning also explains that patients receiving Kcentra should be monitored for signs and symptoms of thromboembolic events, as both fatal and non-fatal arterial and venous thromboembolic complications have been reported in clinical trials and post marketing surveillance.

Kcentra is made from the pooled plasma of healthy donors. It is processed in a way to minimize the risk of transmitting viral and other diseases. The FDA approval of Kcentra was based on a study of 216 patients who had been receiving VKA anticoagulation and who had acute major bleeding along with a clotting test value indicative of anticoagulant use. Kcentra was demonstrated to be similar to plasma in terms of the ability to stop acute major bleeding.

The drug is manufactured by CSL Behring, Marburg, Germany.

A Marketing Authorisation Application (MAA) for UMEC monotherapy (55 mcg delivered dose) has been submitted to the European Medicines Agency (EMA), for a maintenance bronchodilator treatment to relieve symptoms in adult patients with COPD.

Regulatory filings for UMEC monotherapy are imminent in the US and planned in other countries during the course of 2013.

25 April 2013
Daiichi Sankyo Company, Limited announced today that the first patient has been enrolled in two pivotal phase 3 clinical trials of nimotuzumab (DE-766), a recombinant humanized monoclonal antibody targeting the Epidermal Growth Factor Receptor (EGFR), which is being evaluated for the treatment of patients diagnosed with lung cancer and with gastric cancer.

The phase 3 clinical trial is a multicenter, randomized, double-blind, placebo-controlled study investigating nimotuzumab for the first-line therapy in patients with unresectable and locally advanced squamous cell lung cancer. The patients will receive either nimotuzumab in combination with concurrent chemoradiotherapy or placebo in combination with concurrent chemoradiotherapy. The primary endpoint is overall survival (OS), and the secondary endpoints are progression free survival (PFS) and safety. Approximately 420 patients are planned to be enrolled at approximately 60 clinical centers in Japan. Additional details of the trial are available onwww.clinicaltrials.jp/user/cteSearch.jsp.

The ENRICH study is a randomized, open-label, Japan-Korea collaborative study of previously treated patients with EGFR overexpressed advanced gastric and gastroesophageal junction cancer who will receive either nimotuzumab and irinotecan hydrochloride hydrate (hereafter, irinotecan) combination therapy or irinotecan monotherapy. The primary endpoint is overall survival (OS), and the secondary endpoints are progression free survival (PFS) and safety. Approximately 400 patients are planned to be enrolled at approximately 40 clinical centers in Japan and South Korea. In Korea, Kuhnil Pharmaceutical Company, Limited (hereafter, Kuhnil) is implementing this trial. Additional details of the trial are available on www.clinicaltrials.gov.

In Japan, lung cancer is the first leading cause of cancer death, with about 70,000 deaths in 2011.i Non-small cell lung cancer (adenocarcinoma, squamous cell carcinoma, and large cell carcinoma) occupies more than 80 percent of lung cancer. Concurrent chemoradiotherapy for a radical cure is currently used as the standard treatment for patients with stage III locally advanced non-small cell lung cancer, in which radical surgery is not possible but radiotherapy is.ii Of these cases, between 30 and 40 percent are squamous cell carcinoma and EGFR is known to be overexpressed.iii

Half of the total number of gastric cancer cases worldwide occurs in Eastern Asia.iv In Japan, gastric cancer is the second leading cause of cancer death, with an estimated about 50,000 deaths. i In South Korea, about 10,000 gastric cancer deaths in 2011 were reported.v Numerous improvements have occurred in the management of gastric cancer; however, gastric cancer still has a poor prognosis. For patients with earlier stages of disease, more than 50% undergo surgery, but even after a curative resection, 60% of these patients eventually relapse locally or with distant metastases. vi

About Nimotuzumab and EGFR

Nimotuzumab is an intravenously administered recombinant humanized monoclonal antibody directed against human EGFR and is produced by CIMAB S.A. (Cuba). Nimotuzumab blocks the binding of EGF to its receptor interfering with the cell signaling pathway. Nimotuzumab has been approved for head and neck cancer, glioma, and esophageal cancer in several countries. EGFR is known to be overexpressed in a wide variety of human tumors.vii Overexpression of EGFR in tumors correlates with increased metastasis, decreased survival, and a poor prognosis. It is known that EGFR is activated by exposure to radiation.

read all this at

Biotechnology from bench to business

What new medicines are shaking things up?

read all this at http://www.genengnews.com/insight-and-intelligence/top-20-best-selling-drugs-approved-and-launched-during-2012/77899791/

have a good reading