Sanofi to withdraw the lixisenatide New Drug Application (NDA) in the U.S., The company plans to resubmit the NDA in 2015, after completion of the ELIXA CV study.

September 13, 2013 3:09 am / 2 Comments on Sanofi to withdraw the lixisenatide New Drug Application (NDA) in the U.S., The company plans to resubmit the NDA in 2015, after completion of the ELIXA CV study. 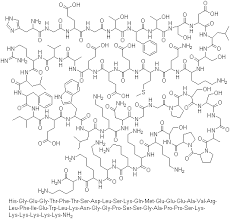 Paris, France – September 12, 2013 – Sanofi (EURONEXT: SAN and NYSE: SNY) announced today its decision to withdraw the lixisenatide New Drug Application (NDA) in the U.S., which included early interim results from the ongoing ELIXA cardiovascular (CV) outcomes study. The company plans to resubmit the NDA in 2015, after completion of the ELIXA CV study.

The decision to withdraw the lixisenatide application follows discussions with the U.S. Food and Drug Administration (FDA) regarding its proposed process for the review of interim data. Sanofi believes that potential public disclosure of early interim data, even with safeguards, could potentially compromise the integrity of the ongoing ELIXA study. Sanofi’s decision is not related to safety issues or deficiencies in the NDA………………………read all at

L-DOPS (L-threo-dihydroxyphenylserine; Droxidopa; SM-5688) is a psychoactive drugand synthetic amino acid precursor which acts as a prodrug to the neurotransmittersnorepinephrine (noradrenaline) and epinephrine (adrenaline).[1] Unlike norepinephrine and epinephrine themselves, L-DOPS is capable of crossing the protective blood–brain barrier(BBB).[1]

L-DOPS was developed by Sumitomo Pharmaceuticals under the trade name Droxidopafor the treatment of hypotension, including NOH,[2] and NOH associated with variousdisorders such as MSA, FAP, and PD, as well as IDH. The drug has been used in Japanand some surrounding Asian areas for these indications since 1989. Following a merge with Dainippon Pharmaceuticals in 2006, Dainippon Sumitomo Pharma licensed L-DOPS to Chelsea Therapeutics to develop and market it worldwide except in Japan, Korea, China, and Taiwan.

Though L-DOPS has been used in Japan and Southeast Asia already for some time, it is also currently in clinical trials at the phase IIIpoint in the United States (U.S.), Canada, Australia, and throughout Europe. Provided L-DOPS successfully completes clinical trials, it could be approved for the treatment of NOH as early as 2011.[4] Additionally, phase II clinical trials for IDH are also underway. Chelsea Therapeutics obtained orphan drug status (ODS) for L-DOPS in the U.S. for NOH, and that of which associated with PD, PAF, and MSA, and is the pharmaceutical company developing it in that country.

Shares in Chelsea Therapeutics International have leapt after the company said it will resubmit its previously-rejected treatment of neurogenic orthostatic hypotension, Northera, after helpful discussions with US regulators.

A year ago, the Food and Drug Administration issued Chelsea with a complete response letter asking for more data regarding its filing for Northera (droxidopa)for NOH. That came as something of a surprise given that the agency’s Cardiovascular and Renal Drugs Advisory Committee had earlier voted 7-4 in favour of the therapy.

Now Chelsea says that following a meeting, it has received written guidance from the Director of the Office of New Drugs at the FDA stating that an ongoing study has the potential to serve as the basis for a resubmission.

The guidance suggests that “data strongly demonstrating a short-term clinical benefit of droxidopa in patients with NOH would be adequate for approval, with a possible requirement to verify durable clinical benefit post-approval”.

Encouraged by this, Chelsea plans to refile Northera in the late second quarter of 2013. Chief executive Joseph Oliveto said the firm looks forward to submitting the totality of our clinical experience to date to the agency for review…we now have a regulatory path forward”.

Chelsea also intends to initiate a new clinical trial in the fourth quarter of 2013.