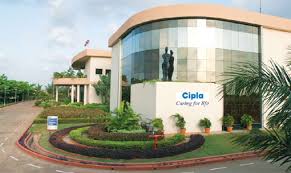 Posaconazole is a triazole antifungal drug that is used to treat invasive infections by Candida species and Aspergillus species in severely immunocompromised patients.

For prophylaxis of invasive Aspergillus and Candida infections in patients, 13 years of age and older, who are at high risk of developing these infections due to being severely immunocompromised as a result of procedures such as hematopoietic stem cell transplant (HSCT) recipients with graft-versus-host disease (GVHD), or due to hematologic malignancies with prolonged neutropenia from chemotherapy. Also for the treatment of oropharyngeal candidiasis, including oropharyngeal candidiasis refractory to itraconazole and/or fluconazole. Posaconazole is used as an alternative treatment for invasive aspergillosis, Fusarium infections, and zygomycosis in patients who are intolerant of, or whose disease is refractory to, other antifungals

Posaconazole is used, for example, to prevent and/or treat invasive fungal infections caused by Candida species, Mucor species, Aspergillus species,Fusarium species, or Coccidioides species in immunocompromised patients and/or in patients where the disease is refractory to other antifungal agents such as amphothericin B, fluconazole, or itraconazole, and/or in patients who do not tolerate these antifungal agents.

Posaconazole compounds have been described inU.S. Pat. Appl. No. 2003/0055067 for “Antifungal Composition with Enhanced Bioavailability,” U.S. Pat. Appl. No. 2004/0058974 for “Treating Fungal Infections,” and European Patent Publication1372394 (A1 ) for “Liquid Suspensions of Posaconazole (SCH 56592) with Enhanced Bioavailability for Treating Fungal Infections.”

WHITEHOUSE STATION, N.J., Nov. 18, 2013–(BUSINESS WIRE)–Merck (NYSE:MRK), known as MSD outside the United States and Canada, today announced that its New Drug Application for an investigational intravenous (IV) solution formulation of the company’s antifungal agent, NOXAFIL® (posaconazole), has been accepted for priority review by the U.S. Food and Drug Administration (FDA).http://www.pharmalive.com/mercks-noxafil-nda-gets-fda-priority-review

Polymorphism is a phenomenon relating to the occurrence of different crystal forms for one molecule. There may be several different crystalline forms for the same molecule with distinct crystal structures and distinct and varying physical properties like melting point, XRPD pattern, IR-spectrum and solubility profile. These polymorphs are thus distinct solid forms which share the molecular formula of the compound from which the crystals are made up, however, they may have distinct advantageous physical properties which can have a direct effect on the ability to process and/or manufacture the drug product, like flowability, as well as physical properties such as solubility, stability and dissolution properties which can have a direct effect on drug product stability, solubility, dissolution, and bioavailability.

Three polymorphic forms of posaconazole designated as forms I, Il and III are described and characterized in WO 99/18097 (US-B-6,713,481 , US-B-6,958,337). Crystalline forms Il and III were found to be unstable under the conditions investigated, so that crystalline form I was considered to be useful in the development of a pharmaceutical product.

Process for the preparation of triazolonesWO 9633178

Mono N-arylation of piperazine(III): Metal-catalyzed N-arylation and its application to the novel preparations of the antifungal posaconazole and its advanced intermediateTetrahedron Lett 2002,43(18),3359

AstraZeneca today announced that the European Medicines Agency (EMA) has accepted the Marketing Authorisation Application (MAA) for naloxegol, an investigational peripherally-acting mu-opioid receptor antagonist, which has been specifically designed for the treatment of opioid-induced constipation (OIC) for adult patients 18 years and older, including patients with inadequate response to laxatives.

Naloxegol (INN; NKTR-118), or PEGylated naloxol,[1] is a peripherally–selective opioid antagonist under development byAstraZeneca, licensed from Nektar, for the treatment of opioid-induced constipation.[2]

Opioids are commonly prescribed to patients experiencing chronic pain, which can provide relief from serious medical conditions including osteoarthritis, cancer, and chronic back pain.  There are about 250 million opioid prescriptions written annually in the US alone to treat these conditions.  Patients taking opioids to treat chronic pain commonly experience a side effect known as opioid-induced constipation, which may include infrequent bowel movements and difficulty passing stools or emptying bowels. Clinically, OIC is the most prevalent side effect of opioid therapy.  For those patients who take opiates for long term pain management, approximately 40-50 percent commonly experience OIC.5 Only about 40-50 percent of those patients experience effective relief from current treatment options

Naloxegol (NKTR-118) is an investigational drug candidate in Phase 3 studies being developed as a once-daily oral tablet for the treatment of opioid-induced constipation. Naloxegol (NKTR-118) was designed using Nektar’s proprietary small molecule polymer conjugate technology. Results of the Phase 2 study of naloxegol (NKTR-118) were presented in October 2009 at the American College of Gastroenterology Annual Clinical Meeting and the American Academy of Pain Management. NKTR-119 is an early stage drug development program that is intended to combine oral naloxegol (NKTR-118) with selected opioids, with the goal of treating pain without the side effect of constipation traditionally associated with opioid therapy.

GlaxoSmithKline has announced the submission of a marketing authorisation application for albiglutide, which will have the brand name Eperzan, to the European Medicines Agency.

The filing of albiglutide, a once-weekly treatment for type 2 diabetes, comes almost two months after it was filed in the USA. The drug is a GLP-1 receptor agonist, the same class of injectable treatments dominated by Novo Nordisk’s once-a-day Victoza (liraglutide), twice-daily Byetta (exenatide) and an extended-release formulation of the latter, Bydureon. They were developed and sold by Amylin, which was then acquired by  Bristol-Myers Squibb and AstraZeneca.

The filing is based in part on a study which assessed albiglutide against Merck & Co’s DPP-4 inhibitor Januvia (sitagliptin) which showed that GSK’s drug showed clinically and statistically significant reductions in HbA1c from baseline and superiority versus the US firm’s diabetes blockbuster. However in data from a late-stage study released in November 2011, albiglutide failed to show non-inferiority to Victoza and a number of analysts believe GSK will have its work cut out to grab a decent share of the GLP-1 market.

Albiglutide has a half-life of four to seven days, which is considerably longer than the other two GLP-1 analogs approved for market use, exenatide (Byetta) and liraglutide (Victoza).[1] [2] GLP-1 drugs are currently only available for subcutaneous administration on a daily basis, so a GLP-1 drug with a longer half-life is desirable. Such a drug would only need to be injected biweekly or weekly instead of daily, reducing the discomfort and inconvenience of GLP-1 administration considerably.

It has not yet been determined whether albiglutide is as effective an antidiabetic agent as GLP-1 drugs currently on the market, and final data remain to be published regarding the incidence of adverse effects related to the drug. To evaluate the efficacy and safety of the drug, albiglutide is undergoing eight Phase III clinical trials. Four of these trials should report useful data by end 2010.[3]