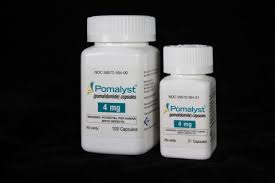 in combination with dexamethasone, for the treatment of relapsed and refractory multiple myeloma (rrMM) in adult patients who have received at least two prior therapies including both lenalidomide and bortezomib and have demonstrated disease progression on the last therapy.1 Celgene intends to launch Pomalidomide Celgene in the EU under the trade name “IMNOVID®”, following submission of a regulatory notification to the European Medicines Agency (EMA) to change the trade name.

Pomalidomide, an analogue of thalidomide, is an immunomodulatory antineoplastic agent. FDA approved on February 8, 2013.

Pomalidomide is indicated for patients with multiple myeloma who have received at least two prior therapies including lenalidomide and bortezomib and have demonstrated disease progression on or within 60 days of completion of the last therapy.

Pomalidomide (INN, originally CC-4047 or 3-amino-thalidomide, trade name Pomalyst[1] in the US) is a derivative of thalidomidemarketed by Celgene. It is anti-angiogenic and also acts as an immunomodulator. Pomalidomide was approved in February 2013 by the U.S. Food and Drug Administration (FDA) as a treatment for relapsed and refractory multiple myeloma.[2] It received a similar approval from the European Commission in August 2013, and is expected to be marketed in Europe under the brand nameImnovid.[3]

The parent compound of pomalidomide, thalidomide, was originally discovered to inhibit angiogenesis in 1994.[4] Based upon this discovery, thalidomide was taken into clinical trials for cancer, leading to its ultimate FDA approval for multiple myeloma.[5] Further structure activity studies done in Dr. Robert D’Amato’s lab at Boston Children’s Hospital led to the first claim in 1995 that amino-thalidomide had antitumor activity.[6] Interestingly, the pronounced anti-tumor activity is due to its ability to directly inhibit both the tumor cell and vascular compartments of myeloma cancers.[7] This dual activity of pomalidomide makes it more efficacious than thalidomide in vitro and in vivo.[8]

Pomalidomide directly inhibits angiogenesis and myeloma cell growth. This dual effect is central to its activity in myeloma, rather than other pathways such as TNF alpha inhibition, since potent TNF alpha inhibitors including rolipram and pentoxifylline do not inhibit myeloma cell growth nor angiogenesis.[7] Up regulation of Interferon gamma, IL-2 and IL-10 as well as down regulation of IL-6 have been reported for pomalidomide. These changes may contribute to pomalidomide’s anti-angiogenic and anti-myeloma activities.

Because Pomalyst can cause harm to unborn babies when administered during pregnancy, women taking Pomalyst must not become pregnant. Women must produce two negative pregnancy tests and use contraception methods before beginning Pomalyst. Women must commit either to abstain continuously from heterosexual sexual intercourse or to use two methods of reliable birth control, beginning 4 weeks prior to initiating treatment with Pomalyst, during therapy, during dose interruptions and continuing for 4 weeks following discontinuation of Pomalyst therapy. Pomalyst is present in the semen of patients receiving the drug. Therefore, males must always use a latex or synthetic condom during any sexual contact with females of reproductive potential while taking POMALYST and for up to 28 days after discontinuing Pomalyst, even if they have undergone a successful vasectomy. Male patients taking Pomalyst must not donate sperm.

Pomalidomide simple structure, synthesis is relatively easy. (From glutamine 1 ), the compound 2 is protected amino, thionyl chloride off ring after deprotection to obtain a compound with palladium on carbon hydrogenation of 3 , 3 and 4 the direct condensation Pomalidomide. 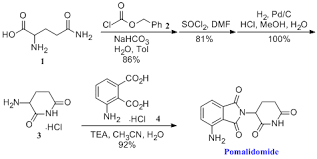 Figure 1: Chronological view of the history of thalidomide and its analogs Figure 2: The mechanism of TLP in multiple myeloma. TLP refers to thalidomide, lenalidomide and pomalidomide.

The satisfaction of helping patients is what drives George Muller as an industrial scientist. Muller is coinventor of Celgene’s Polamyst for multiple myeloma.

“It’s wonderful to be able to think that the work one did in the lab ended up helping patients,” he says. “Over my career, I’ve met patients who were taking drugs on which I had worked. It’s always amazing to see the positive effects on the lives of these patients. Some of them get their lives back.”

Muller says that during the course of developing Pomalyst, they made hundreds of compounds. “We worked on the project for probably 15-plus years,” he says. The drug was approved in 2014.

POMALYST is an immunomodulatory antineoplastic agent. The chemical name is (RS)-4-Amino-2-(2,6-dioxo-piperidin-3-yl)-isoindoline-1,3dione and it has the following chemical structure:

The empirical formula for pomalidomide is C13H11N3O4 and the gram molecular weight is 273.24.