Read at……https://www.pfizer.com/files/news/asco/Merck-PfizerAlliance_AvelumabFactSheet_19May2015US.pdf
FDA approves first treatment for rare form of skin cancer
The U.S. Food and Drug Administration today granted accelerated approval to Bavencio (avelumab) for the treatment of adults and pediatric patients 12 years and older with metastatic Merkel cell carcinoma (MCC), including those who have not received prior chemotherapy. This is the first FDA-approved treatment for metastatic MCC, a rare, aggressive form of skin cancer.

The U.S. Food and Drug Administration today granted accelerated approval to Bavencio (avelumab) for the treatment of adults and pediatric patients 12 years and older with metastatic Merkel cell carcinoma (MCC), including those who have not received prior chemotherapy. This is the first FDA-approved treatment for metastatic MCC, a rare, aggressive form of skin cancer.

“While skin cancer is one of the most common cancers, patients with a rare form called Merkel cell cancer have not had an approved treatment option until now,” said Richard Pazdur, M.D., acting director of the Office of Hematology and Oncology Products in the FDA’s Center for Drug Evaluation and Research and director of the FDA’s Oncology Center of Excellence. “The scientific community continues to make advances targeting the body’s immune system mechanisms for the treatment of various types of cancer. These advancements are leading to new therapies—even in rare forms of cancer where treatment options are limited or non-existent.”

According to the National Cancer Institute, approximately 1,600 people in the United States are diagnosed with MCC every year. While the majority of patients present with localized tumors that can be treated with surgical resection, approximately half of all patients will experience recurrence, and more than 30 percent will eventually develop metastatic disease. In patients with metastatic MCC, the cancer has spread beyond the skin into other parts of the body.

Bavencio received an Accelerated Approval, which enables the FDA to approve drugs for serious conditions to fill an unmet medical need using clinical trial data that is thought to predict a clinical benefit to patients. Further clinical trials are required to confirm Bavencio’s clinical benefit and the sponsor is currently conducting these studies.

Common side effects of Bavencio include fatigue, musculoskeletal pain, diarrhea, nausea, infusion-related reactions, rash, decreased appetite and swelling of the limbs (peripheral edema). The most common serious risks of Bavencio are immune-mediated, where the body’s immune system attacks healthy cells or organs, such as the lungs (pneumonitis), liver (hepatitis), colon (colitis), hormone-producing glands (endocrinopathies) and kidneys (nephritis). In addition, there is a risk of serious infusion-related reactions. Patients who experience severe or life-threatening infusion-related reactions should stop using Bavencio. Women who are pregnant or breastfeeding should not take Bavencio because it may cause harm to a developing fetus or a newborn baby.

The FDA granted this application Priority Review and Breakthrough Therapydesignation. Bavencio also received Orphan Drug designation, which provides incentives to assist and encourage the development of drugs for rare diseases. 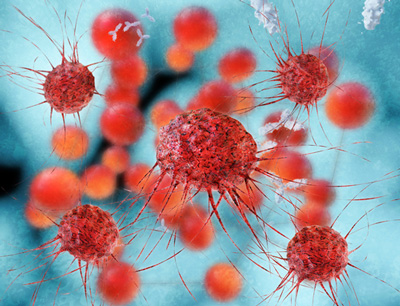 Avelumab (MSB0010718C) is a fully human monoclonal PD-L1antibody of isotypeIgG1, currently in development by Merck KGaA, Darmstadt, Germany & Pfizer for use in immunotherapy, especially for treatment of Non-small-cell lung carcinoma (NSCLC) .[1]

Avelumab binds to the PD ligand 1 and therefore inhibits binding to its receptor programmed cell death 1 (PD-1). Formation of a PD-1/PD-L1 receptor/ligand complex leads to inhibition of CD8+ T cells, and therefore inhibition of an immune reaction. Immunotherapy aims at ceasing this immune blockage by blocking those receptor ligand pairs. In the case of avelumab, the formation of PD-1/PDL1 ligand pairs is blocked and CD8+ T cell immune response should be increased. PD-1 itself has also been a target for immunotherapy.[2] Therefore, avelumab belongs to the group of Immune checkpoint blockade cancer therapies.

As of May 2015, according to Merck KGaA, Darmstadt, Germany & Pfizer, avelumab has been in Phase Iclinical trials for bladder cancer, gastric cancer, head and neck cancer, mesothelioma, NSCLC, ovarian cancer and renal cancer. For Merkel-cell carcinoma, Phase II has been reached and for NSCLC there is also a study already in Phase III.[1]

Approval was based on data from an open-label, single-arm, multi-center clinical trial (JAVELIN Merkel 200 trial) demonstrating a clinically meaningful and durable overall response rate (ORR). All patients had histologically confirmed metastatic MCC with disease progression on or after chemotherapy administered for metastatic disease.

ORR was assessed by an independent review committee according to Response Evaluation Criteria in Solid Tumors (RECIST) 1.1. The ORR was 33% (95% confidence interval [CI]: 23.3, 43.8), with 11% complete and 22% partial response rates. Among the 29 responding patients, the response duration ranged from 2.8 to 23.3+ months with 86% of responses durable for 6 months or longer. Responses were observed in patients regardless of PD-L1 tumor expression or presence of Merkel cell polyomavirus.

The recommended dose and schedule of avelumab is 10 mg/kg as an intravenous infusion over 60 minutes every 2 weeks. All patients should receive premedication with an antihistamine and acetaminophen prior to the first four infusions of avelumab.

Full prescribing information for avelumab is available at: http://www.accessdata.fda.gov/drugsatfda_docs/label/2017/761049s000lbl.pdf