Fusidic acid is a bacteriostatic antibiotic that is often used topically in creams and eyedrops, but may also be given systemically as tablets or injections. The global problem of advancing antimicrobial resistance has led to a renewed interest in its use recently.

Fusidic acid is a true antibiotic, derived from the fungus Fusidium coccineum and was developed by Leo Laboratories in Ballerup, Denmark and released for clinical use in the 1960s. It has also been isolated from Mucor ramannianus and Isaria kogana. The drug is licensed for use as its sodium salt sodium fusidate, and it is approved for use under prescription in South Korea, Japan, UK, Canada, Europe, Australia, New Zealand, Thailand, India and Taiwan. A different oral dosing regimen, based on the compound’s Pharmacokinetic/pharmacodynamic (PK-PD) profile is in clinical development in the U.S. as Taksta.

Fusidic acid (TAKSTATM, CEM-102) is an antibiotic with a long history of safety and efficacy outside the United States. Cempra has exclusive rights to the supply of the compound for the U.S. market. Fusidic acid is orally active against gram-positive bacteria, including all S. aureus strains such as HA-MRSA and CA-MRSA. A novel dosing regimen has been successfully evaluated in a Phase II trial in patients with acute bacterial skin and skin structure infections (aBSSSI). Cempra is conducting a Phase II trial of TAKSTA for patients with prosthetic joint infections.

Profile of TAKSTA (CEM-102)
Prosthetic joint infections (PJI) occur in about 1% of hip replacements and 2% of knee replacements, translating to an incidence rate of about 10,000 per year in the U.S. at current hip and knee arthroplasty rates.  There are few good options to treat these serious staphylococcal, often MRSA infections, which require long-term antibiotic treatment.  Current therapy in the U.S. is with intravenous antibiotics such as vancomycin.  An oral drug that can be safely administered for a long period of time could improve care and quality of life for these patients.

TAKSTA has shown potent activity against a large number of S. aureus strains, including CA-MRSA, HA-MRSA and linezolid-resistant strains, isolated in the U.S over a 10 year period. Its broad S. aureus coverage makes it useful for a broad range of clinical applications. Because of its safety and tolerability profile, TAKSTA could be ideal for patients suffering from staphylococcal infections that require long-term therapy such as patients with PJIs.

Cempra has developed a unique oral loading dose regimen to optimize key pathogen coverage and minimize drug resistance development. This regimen is incorporated in our Phase II trial to treat PJIs with TAKSTA in combination with rifampin, which is commonly used with injectible antibiotics such as vancomycin to treat PJIs.

The links for the articles go to subscription-based sites and may require a fee to view the article.

New Rules for Clinical Trials in Patients with Acute Bacterial Skin and Skin Structure Iinfections: Do not Let the Perfect be the Enemy of the Good
GR Corey, ME Stryjewski
Clinical Infectious Disease. June 2011 52:S469-76
http://cid.oxfordjournals.org/content/52/suppl_7/S469.long 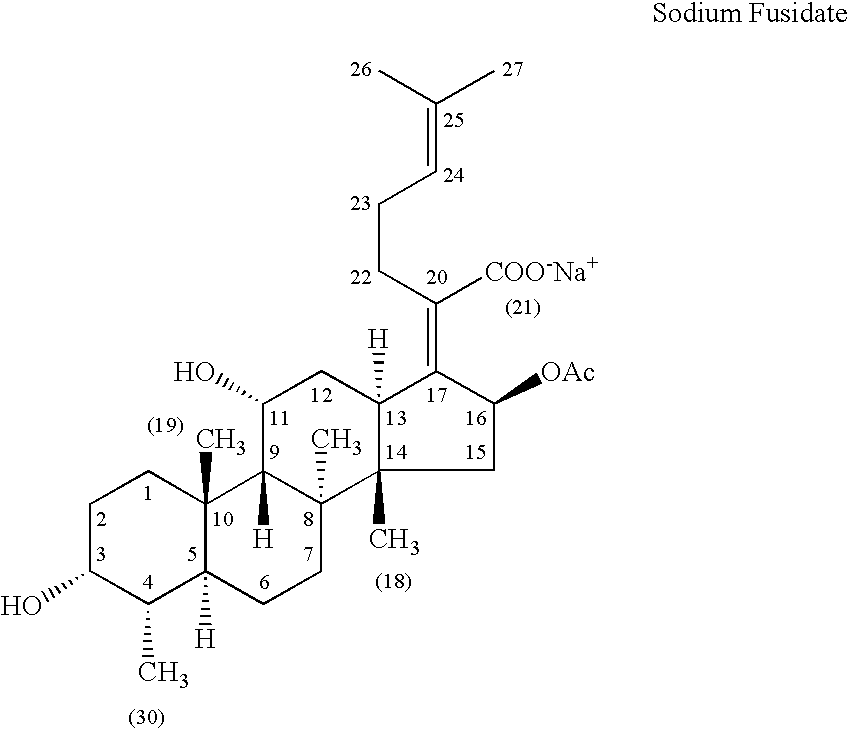 FA was developed for clinical use in the 1960s and it is approved for human use outside of the United States, such as in the UK, Canada, Europe, Israel, Australia and New Zealand. It is typically prescribed at doses of 500 mg TID for treating skin and skin structure infections caused by Staphylococcus aureus (A. Bryskier,Fusidic Acid, Chapter 23, in Antimicrobial Agents: Antibacterials and Antifungals(Andre Bryskier, Ed., ASM Press, Washington, USA, 2005); Collignon et al., Int’l J. Antimicrobial Agents 12:S45-S58 (1999); D. Spelman, Int’l J. Antimicrobial Agents 12:S59-S66 (1999)), although some physicians have routinely prescribed the compound at 500 mg BID for treating skin and skin structure infections due to the long half-life of the compound (Fusidic Acid, in Principles and Practice of Infectious Diseases, 6th ed. (Mandell et al. eds., Elsevier, 2006)).

Treatment using FA has been well studied and it is generally regarded as safe when administered to humans, as evidenced by the fact that the drug has been in continuous use for more than 40 years. There are, however, several characteristics of FA that have prevented use of the drug against a wider spectrum of bacteria and in the treatment in additional types of infection. For example, approved dosing regimens have been shown to select for bacterial resistance, such as in S. aureus. Approved dosing regimens provide low multiples of the MIC and as a result, S. aureus resistant mutants can be selected after the first day of dosing. Once resistance has developed, FA is not effective against the resistant strains. Resistance is reported to occur if FA is used as a single drug as the resistance frequency at 4 and 8 times the MIC is in the range of 10−6 or 10−8 (Evans et al., J. Clin. Path. 19:555-560 (1966); Hansson et al., J. Mol. Biol.348:939-949 (2005), Jensen et al., Acta Pathol Microbiol Scand. 60:271-284 (1964); Besier et al., Antimicrob. Agents Chemo., 49(4):1426-1431 (2005); Gemmell et al., J. Antimicrobial Chemo. 57:589-608 (2006)).

In view of the tremendous costs associated with the de novo development of new anti-bacterials, expanding the indications for drugs that have already been demonstrated to be safe and effective is strongly needed. Overcoming the limitations on the uses of FA would broaden the population of bacterial infections against which it could be used and thus meet this need.

In a specific commercial pharmaceutical formulation, fusidic acid is presently marketed [see Monographs in the European Pharmacopeia 5.0] as a hemihydrate, which is the only hemihydrate form which has been described.

Patent GB 930,786 discloses salts of fusidic acid with organic and inorganic bases, solvates of fusidic acid, namely a benzene solvate and a methanol solvate. This patent further discloses an unspecified fusidic acid form with IR absorption bands (KBr) at 1265, 1385, 1695, 1730 and 3450 cm“1 and having a specific rotation [α]D 22 of minus 9 degrees (1% solution in CHCI3) obtainable by crystallisation of the methanol solvate of fusidic acid from ether. However, this form is distinct from the form of the present invention evident from the depicted IR spectrum in GB 930,786 which indicates that this form actually corresponds to the presently marketed hemihydrate form.

Patent WO 96/03128 discloses tablets containing a sodium salt form of fusidicacid and WO 86/03966 describes an ophthalmic gel composition comprising an undefined form of suspended fusidic acid.