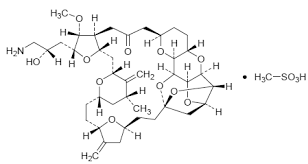 Halaven is a novel anticancer agent discovered and developed in-house by Eisai and is currently approved in more than 50 countries, including Japan, the United States and in Europe. In Russia, Halaven was approved in July 2012 for the treatment of locally advanced or metastatic breast cancer previously treated with at least two chemotherapy regimens including an anthracycline and a taxane. Approximately 50,000 women in Russia are newly diagnosed with breast cancer each year, with this type of cancer being the leading cause of death in women aged 45 to 55 years. read all at……………………. Eribulin mesylate (Halaven; Eisai) — a synthetic analogue of the marine natural product halichondrin B that interferes with microtubule dynamics — was approved in November 2010 by the US Food and Drug Administration for the treatment of metastatic breast cancer.

The drug also has NCE exclusivity till November 2015.

Halichondrin B, a large polyether macrolide, was isolated 25 years ago from the marine sponge Halichondria okadai

Eribulin is an anticancer drug marketed by Eisai Co. under the trade name Halaven. Eribulin mesylate was approved by the U.S. Food and Drug Administration on November 15, 2010, to treat patients with metastatic breast cancer who have received at least two prior chemotherapy regimens for late-stage disease, including both anthracycline– and taxane-based chemotherapies.[1] It was approved by Health Canada on December 14, 2011 for treatment of patients with metastatic breast cancer who have previously received at least two chemotherapeutic regimens for the treatment of metastatic disease. [2]

Eribulin is also being investigated by Eisai Co. for use in a variety of other solid tumors, including non-small cell lung cancer, prostate cancer and sarcoma.[3]

Eribulin mesylate is an analogue of halichondrin B, which in 1986 was isolated from the marine sponge Halichondria okadai toxic Pacific.Halichondrin B has a significant anti-tumor activity. The Eribulin synthetically obtained has a simpler but still complex molecular structure.Taxanes such as to inhibit the spindle apparatus of the cell, but it is engaged in other ways.

The substance inhibits the polymerization of tubulin into microtubules and encapsulates tubulin molecules in non-productive aggregates from. The lack of training of the spindle apparatus blocks the mitosis and ultimately induces apoptosis of the cell. Eribulin differs from known microtubule inhibitors such as taxanes and vinca alkaloids by the binding site on microtubules, also it does not affect the shortening. This explains the effectiveness of the new cytostatic agent in taxane-resistant tumor cell lines with specific tubulin mutations.

Structurally, eribulin is a fully synthetic macrocyclic ketone analogue of the marine sponge natural product halichondrin B,[4][5] the latter being a potent naturally-occurring mitotic inhibitor with a unique mechanism of action found in the Halichondria genus of sponges.[6][7] Eribulin is a mechanistically-unique inhibitor of microtubule dynamics,[8][9] binding predominantly to a small number of high affinity sites at the plus ends of existing microtubules.[10] Eribulin exerts its anticancer effects by triggering apoptosis of cancer cells following prolonged and irreversible mitotic blockade.[11][12]

It has a molecular weight of 826.0 (729.9 for free base). The empirical formula is C40H59NO11 •CH4O3S. Eribulin mesylate has the following structural formula:

HALAVEN is a clear, colorless, sterile solution for intravenous administration. Each vial contains 1 mg of eribulin mesylate as a 0.5 mg/mL solution in ethanol: water (5:95).

Macrocyclization process for preparing a macrocyclic intermediate of halichondrin B analogs, in particular eribulin, from a non-macrocyclic compound, using a carbon-carbon bond-forming reaction. 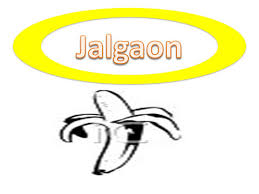