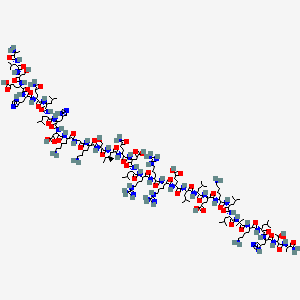 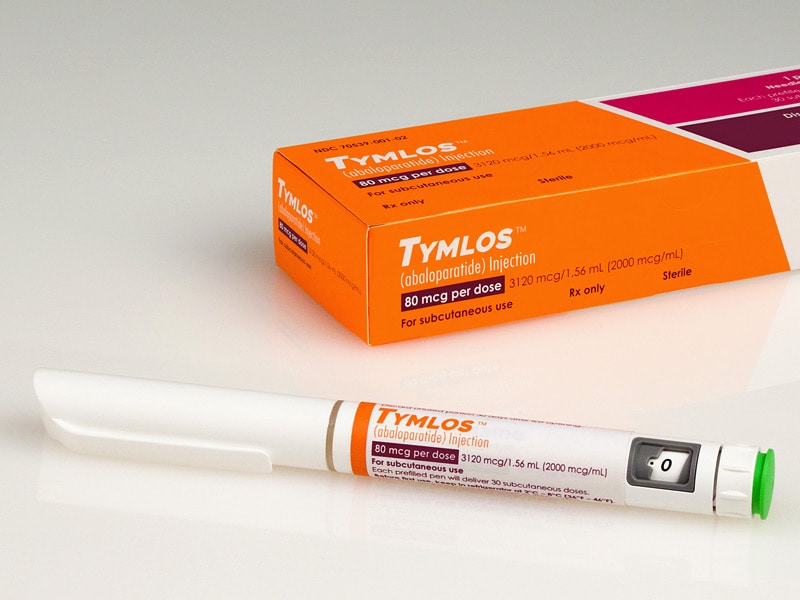 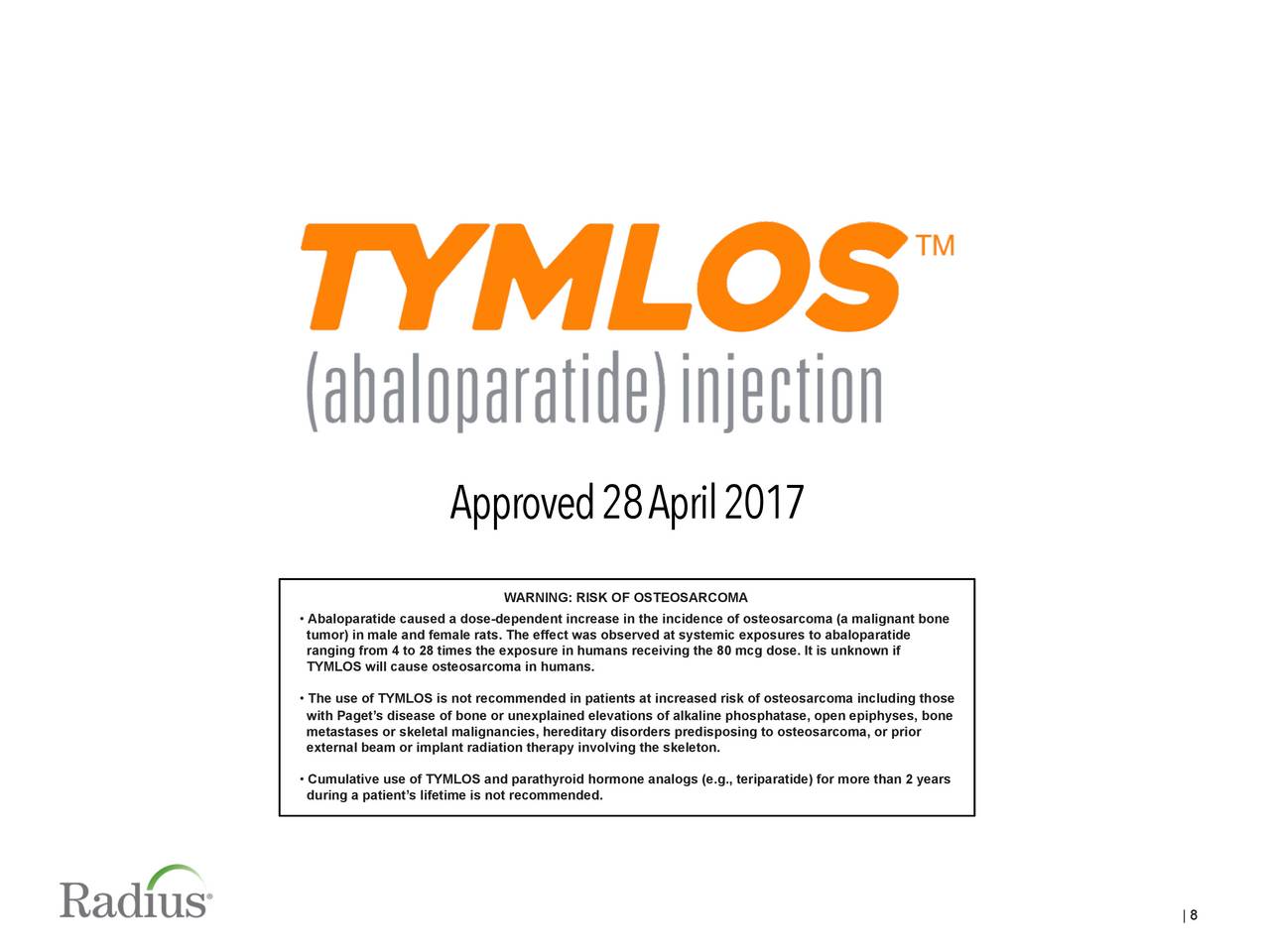 BIM-44058 is a 34 amino acid analog of native human PTHrP currently in phase III clinical trials at Radius Health for the treatment of postmenopausal osteoporosis. Radius is also developing a microneedle transdermal patch using a 3M drug delivery system in phase II clinical trials. The drug candidate was originally developed at Biomeasure (a subsidiary of Ipsen), and was subsequently licensed to Radius and Teijin Pharma.

Abaloparatide (brand name Tymlos; formerly BA058) is a parathyroid hormone-related protein (PTHrP) analog drug used to treat osteoporosis. Like the related drug teriparatide, and unlike bisphosphonates, it is an anabolic (i.e., bone growing) agent.[1] A subcutaneous injection formulation of the drug has completed a Phase III trial for osteoporosis.[2] This single study found a decrease in fractures.[3] In 28 April 2017, it was approved by Food and drug administration (FDA) to treat postmenopausal osteoporosis.

Abaloparatide is indicated to treat postmenopausal women with osteoporosis who are more susceptible to bone fractures.[2]

The dose recommended is 80mcg subcutaneous injection once a day, administered in the periumbilical area using a prefilled pen device containing 30 doses.[4] 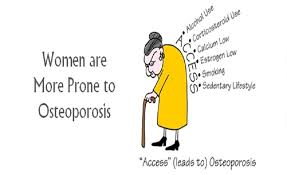 The most common side effects reported by more than 2% of clinical trials subjects are hypercalciuria, dizziness, nausea, headache, palpitations, fatigue, upper abdominal pain and vertigo.[4]

Abaloparatide is 34 amino acid synthetic analog of PTHrP. It has 41% homology to parathyroid hormone (PTH) (1-34) and 76% homology to parathyroid hormone-related protein (PTHrP) (1-34).[7] It works as an anabolic agent for the bone, through selective activation of the parathyroid hormone 1 receptor (PTH1R), a G protein-coupled receptor (GPCR) expressed in the osteoblasts and osteocytes. Abaloparatide preferentially binds the RG conformational state of the PTH1R, which in turn elicits a transient downstream cyclic AMP signaling response towards to a more anabolic signaling pathway.[8][9]

Abaloropatide was previously known as BA058 and BIM-44058 while under development. The anabolic effects of abaloparatide on bone were demonstrated in two preclinical studies conducted in ovarectomized rats. Both studies showed increased cortical and trabecular bone volume and density, and trabecular microarchitecture improvement in vertebral and nonvertebral bones after short-term[10] and long-term[11] daily subcutaneous injection of abaloparatide compared to controls. Recent studies indicated a dose-dependent increased in bone mass and strength in long-term abalorapatide treatment.[12] However, it was also indicated that prolonged abalorapatide-SC treatment leads to increased incidence of osteosarcoma.[5] To date, there is no yet evidence for increased risk of bone tumors due to prolonged abalorapatide systemic administration in humans. Based on this preclinical data, the FDA does not advised the use of abaloparatide-SC for more than 2 years, or in patients with history of Paget disease and/or other conditions that exacerbates the risk of developing osteosarcoma.[4]

Phase II trials were initiated in 2008. A 24-week randomized trial was conducted in postmenopausal women with osteoporosis (n=222) assessing bone mass density (BMD) changes as the primary endpoint.[13] Significant BMD increase at doses of 40 and 80 mcg were found in the lumbar spine, femur and hips of abaloparatide-treated participants compared to placebo. Additionally, abaloparatide showed superior anabolic effects on the hips compared to teriparatide.[14]

Participants who completed 18 months of abaloparatide or placebo in the ACTIVE study were invited to participate in an extended open-labeled study – ACTIVExtend study (2012-2016).[15] Subjects (n=1139) received additional 2 years of 70 mg of alendronate, Vitamin D (400 to 800 IU), and calcium (500–1000 mg) supplementation daily. Combined abaloparatide and alendronate therapy reduced significantly the incidence of vertebral and nonvertebral fractures.[16]

A clinical trial assessing the effectiveness of abaloparatide in altering spinal bone mineral density (BMD) in male subjects is expected to start in the first quarter of 2018. If successful, Radius Health aims to submit a sNDA to expand the use of abaloparatide-SC to treat men with osteoporosis.[17]

In addition to the injectable form of abaloparatide, a transdermal patch is also in development.[1]

As previously noted, abaloparatide-SC is manufactured by Radius Health, Inc. (Nasdaq: RDUS), a biomedical company based in Waltham, Massachusetts. This company is focused on the development of new therapeutics for osteoporosis, cancer and endocrine diseases. Abaloparatide is the only drug currently marketed by Radius Health. RDUS reported that sales for abaloparatide were $3.5million for the third quarter of 2017.[17] The company announced a net loss of $57.8 million, or $1.31 per share for the third quarter of 2017, compared to $19.2 million for the same quarter of 2016.[18] The net loss most likely reflects the substantial expenses associated with the preparation and launching of abaloparatide into the US market in May 2017.

In July 2017, Radius Health licensed rights to Teijin Limited for abaloparatide-SC manufacture and commercialization in Japan. Teijin is developing abaloparatide-SC under agreement with Ipsen Pharma S.A.S., and is conducting a phase III clinical trial in Japanese patients with osteoporosis.[19]

Radius Health filed a Marketing Authorization Application (MAA) in November 2015,[20] which was validated in December, 2015, and still under regulatory assessment by the Committee for Medicinal Products for Human Use (CHMP) of the European Medicines Agency (EMA). As in July 2017, the CHMP issued a second Day-180 List of Outstanding Issues, which Radius is addressing with the CHMP.[17]

In February 2016 a NDA was filed to the FDA, Radius NDA for abaloparatide-SC was accepted in May, 2016.[21] A Prescription Drug User Fee Act (PDUFA) date was initially granted in March 30, 2016, but then extended to June 30, 2017.[22] As previously stated, abaloparatide injection was approved for use in postmenopausal osteoporosis on April 28, 2017.[6]

As previously mentioned, Teijin Limited was granted use of Radius Health intellectual property in July 2017, for the development, manufacture and commercialization of abaloparatide-sc in Japan.