A neoangiogenesis antagonist potentially for the treatment of pancreatic cancer and biliary cancer.

Consisting of VEGF-R2 protein, elpamotide is a neovascular inhibitor with a totally novel mechanism of action. Its antitumor effect is thought to work by inducing strong immunoreaction against new blood vessels which provide blood flow to tumors. The drug candidate only act against blood vessels involved in tumor growth and is associated with few adverse effects.

Gemcitabine is a key drug for the treatment of pancreatic cancer; however, with its limitation in clinical benefits, the development of another potent therapeutic is necessary. Vascular endothelial growth factor receptor 2 is an essential target for tumor angiogenesis, and we have conducted a phase I clinical trial using gemcitabine and vascular endothelial growth factor receptor 2 peptide (elpamotide). Based on the promising results of this phase I trial, a multicenter, randomized, placebo-controlled, double-blind phase II/III clinical trial has been carried out for pancreatic cancer. The eligibility criteria included locally advanced or metastatic pancreatic cancer. Patients were assigned to either the Active group (elpamotide + gemcitabine) or Placebo group (placebo + gemcitabine) in a 2:1 ratio by the dynamic allocation method. The primary endpoint was overall survival. The Harrington-Fleming test was applied to the statistical analysis in this study to evaluate the time-lagged effect of immunotherapy appropriately. A total of 153 patients (Active group, n = 100; Placebo group, n = 53) were included in the analysis. No statistically significant differences were found between the two groups in the prolongation of overall survival (Harrington-Fleming P-value, 0.918; log-rank P-value, 0.897; hazard ratio, 0.87, 95% confidence interval [CI], 0.486-1.557). Median survival time was 8.36 months (95% CI, 7.46-10.18) for the Active group and 8.54 months (95% CI, 7.33-10.84) for the Placebo group. The toxicity observed in both groups was manageable. Combination therapy of elpamotide with gemcitabine was well tolerated. Despite the lack of benefit in overall survival, subgroup analysis suggested that the patients who experienced severe injection site reaction, such as ulceration and erosion, might have better survival 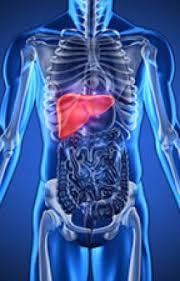 The injectable formulation containing peptides, because peptides are unstable to heat, it is impossible to carry out terminal sterilization by autoclaving. Therefore, in order to achieve sterilization, sterile filtration step is essential. Sterile filtration step is carried out by passing through the 0.22 .mu.m following membrane filter typically absolute bore is guaranteed. Therefore, in the stage of pre-filtration, it is necessary to prepare a peptide solution in which the peptide is completely dissolved. However, peptides, since the solubility characteristics by its amino acid sequence differs, it is necessary to select an appropriate solvent depending on the solubility characteristics of the peptide. In particular, it is difficult to completely dissolve the highly hydrophobic peptide in a polar solvent, it requires a great deal of effort on the choice of solvent. It is also possible to increase the solubility by changing the pH, or depart from the proper pH range as an injectable formulation, in many cases the peptide may become unstable.
In recent years, not only one type of peptide, the peptide vaccine formulation containing multiple kinds of peptides as an active ingredient has been noted. Such a peptide vaccine formulation is especially considered to be advantageous for the treatment of cancer.
The peptide vaccine formulation for the treatment of cancer, to induce a specific immune response to the cancer cells, containing the T cell epitope peptides of the tumor-specific antigen as an active ingredient (e.g., Patent Document 1). Tumor-specific antigens these T-cell epitope peptide is derived, by exhaustive expression analysis using clinical samples of cancer patients, for each type of cancer, specifically overexpressed in cancer cells, only rarely expressed in normal cells It never is one which has been identified as an antigen (e.g., Patent Document 2). However, even in tumor-specific antigens identified in this way, by a variety of having the cancer cells, in all patients and all cancer cells, not necessarily the same as being highly expressed. That is, there may be a case in which the cancer in different patients can be an antigen that is highly expressed cancer in a patient not so expressed. Further, even in the same patient, in the cellular level, cancer cells are known to be a heterogeneous population of cells (non-patent document 1), another even antigens expressed in certain cancer cells in cancer cells may be the case that do not express. Therefore, in one type of T-cell epitope peptide vaccine formulations containing only, there is a possibility that the patient can not be obtained a sufficient antitumor effect is present. Further, even in patients obtained an anti-tumor effect, the cancer cells can not kill may be present. On the other hand, if the vaccine preparation comprising a plurality of T-cell epitope peptide, it is likely that the cancer cells express any antigen. Therefore, it is possible to obtain an anti-tumor effect in a wider patient, the lower the possibility that cancer cells can not kill exists.
The effect of the vaccine formulation containing multiple types of T-cell epitope peptide as described above, the higher the more kinds of T-cell epitope peptides formulated. However, if try to include an effective amount of a plurality of types of T cell peptide, because the peptide content of the per unit amount is increased, to completely dissolve the entire peptide becomes more difficult. Further, because it would plurality of peptides having different properties coexist, it becomes more difficult to maintain all of the peptide stability.
For example, in European Patent Publication No. 2111867 (Patent Document 3), freeze-dried preparation of the vaccine formulation for the treatment of cancer comprising a plurality of T-cell epitope peptides have been disclosed. This freeze-dried preparation, in the preparation of peptide solution before freeze drying, each peptide depending on its solubility properties, are dissolved in a suitable solvent for each peptide. Furthermore, when mixing the peptide solution prepared in order to prevent the precipitation of the peptide, it is described that mixing the peptide solution in determined order. Thus, to select a suitable solvent for each peptide, possible to consider the order of mixing each peptide solution is laborious as the type of peptide increases.