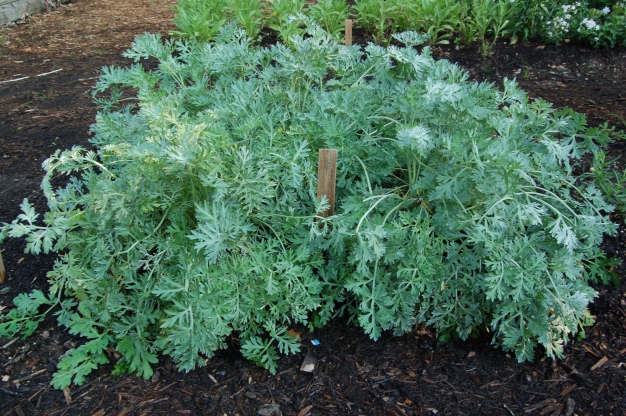 WORMWOOD PLANT
This Little Known Chinese Herb Kills 12,000 Cancer Cells For Every Healthy Cell
collective-evolution.com
Today, odds are that you have had/have cancer, or know somebody who does. In Canada, approximately one million Canadians that were alive at…
read all at
http://www.collective-evolution.com/2014/03/26/this-little-known-chinese-herb-kills-12000-cancer-cells-for-every-healthy-cell/
or
http://spartanoftruth.wordpress.com/2014/03/26/this-little-known-chinese-herb-kills-12000-cancer-cells-for-every-healthy-cell/
http://peoplestrusttoronto.wordpress.com/2014/03/26/this-little-known-chinese-herb-kills-12000-cancer-cells-for-every-healthy-cell/ 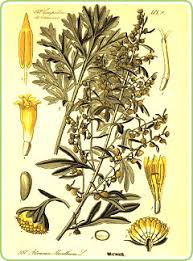 A little known Chinese herb might be eligible for the growing list of cancer killers via alternative methods of treatment. According to  studies published  in Life Sciences, Cancer Letters and Anticancer Drugs, artemesinin, a derivative of the wormwood plant commonly used in Chinese medicine, can kill off  cancer cells, and do it at a rate of 12,000 cancer cells for every healthy cell.
Artemisinin is currently FDA approved for the treatment of malaria, it’s very safe and easy to use. It’s inexpensive and works on all cancers but has yet to find it’s way into the mainstream. It’s really time to move beyond just radiation, surgery and chemotherapy for the treatment of cancer. Wormwood is a shrubby perennial plant whose upper shoots, flowers, and leaves are used in herbal remedies and as a bitter flavoring for alcoholic drinks. It is native to Europe, northern Africa, and western Asia, and now also grows in North America.

Available scientific evidence does not support claims that wormwood is effective in treating cancer, the side effects of cancer treatment, or any other conditions. The plant contains a volatile oil with a high level of thujone (see Thuja). There are reports that taking large doses of wormwood internally can cause serious problems with the liver and kidneys. It can also cause nausea, vomiting, stomach pain, headache, dizziness, seizures, numbness of the legs and arms, delirium, and paralysis.

How is it promoted for use?

Wormwood is promoted as a sedative and anti-inflammatory. There are also claims that it can treat loss of appetite, stomach disorders, and liver and gallbladder complaints. In folk medicine it is used for a wide range of stomach disorders, fever, and irregular menstruation. It is also used to fight intestinal worms. Externally, it is applied to poorly healing wounds, ulcers, skin blotches, and insect bites. It is used in Moxibustion treatments for cancer (seeMoxibustion). Available scientific evidence does not support these claims.

What does it involve?

Wormwood is taken in small doses for a short period of time, usually a maximum of 4 weeks. It is available as a capsule and as a liquid that can be added to water to make a tincture. The whole herb is sometimes brewed as a tea. Wormwood oil, washes, or poultices can also be used on the skin. Although pure wormwood is not available, “thujone-free” wormwood extract has been approved by the US Food and Drug Administration (FDA) for use in foods and as a flavoring in alcoholic drinks such as vermouth.

What is the history behind it?

Artemisia absinthium was used by Hippocrates, and the earliest references to wormwood in Western civilization can be found in the Bible. Extract of wormwood was also used in ancient Egypt. The herb is mentioned often in first-century Greek and Roman writings and reportedly was placed in the sandals of Roman soldiers to help soothe their sore feet. It was taken as a treatment for tapeworms as far back as the Middle Ages.

In 1797, Henri Pernod developed absinthe, an alcoholic drink containing distilled spirits of wormwood, fennel, anise and sometimes other herbs. Absinthe became very popular in Europe and the United States in the nineteenth century. It was eventually banned in several countries in the early twentieth century due to its purported ill effects and addictive qualities. More recent analysis has suggested that, when properly prepared and distilled, the thujone content in these drinks was very low. It appears more likely that the addictiveness and other ill effects of absinthe were due to its alcohol content, which is around 60% to 85%. Varying additives or impurities from different distillers may have also produced some of these effects. Even though absinthe is illegal in some countries, various types can be found in some European countries. However, their thujone content is strictly limited. Wormwood is also an ingredient in vermouth and other drinks.

What is the evidence?

Available scientific studies do not support the use of wormwood for the treatment of cancer or the side effects of conventional cancer treatment. There is not enough evidence available to support its use for other conditions. Wormwood oil has been tested in laboratory studies and appears to inhibit the growth of some fungi. However, human tests have not been completed.

Some derivatives of Artemisia annua, or sweet wormwood, a relative of wormwood, have been shown to be effective in the treatment of malaria. In fact, the World Health Organization approved artemisinin for use against malaria in Africa in 2004. These extracts also show some promise in laboratory studies as cancer treatment drugs. Further studies are required to find out whether the anti-cancer results apply to people. It is important to remember that extracted compounds are not the same as the whole herb, and study results are not likely to show the same effects.

Are there any possible problems or complications?

This product is sold as a dietary supplement in the United States. Unlike companies that produce drugs (which must be tested before being sold), the companies that make supplements are not required to prove to the Food and Drug Administration that their supplements are safe or effective, as long as they don’t claim the supplements can prevent, treat, or cure any specific disease.
Some such products may not contain the amount of the herb or substance that is on the label, and some may include other substances (contaminants). Actual amounts per dose may vary between brands or even between different batches of the same brand. In 2007, the FDA wrote new rules to improve the quality of manufacturing for dietary supplements and the proper listing of supplement ingredients. But these rules do not address the safety of the ingredients or their effects on health.
Most such supplements have not been tested to find out if they interact with medicines, foods, or other herbs and supplements. Even though some reports of interactions and harmful effects may be published, full studies of interactions and effects are not often available. Because of these limitations, any information on ill effects and interactions below should be considered incomplete.

Wormwood should be avoided, especially by women who are pregnant or breast-feeding, by people who have had seizures, and by those with ulcers or stomach irritation. Thujone, a component of wormwood, is known to cause muscle spasms, seizures, and hallucinations if taken internally. In high doses it is known to damage the liver and the kidneys.

Because of its thujone content, large doses of wormwood taken internally can lead to vomiting, stomach and intestinal cramps, headaches, dizziness, nervous system problems, and seizures. Wormwood can also lead to liver failure. The New England Journal of Medicine reported that a man who ordered essential oil of wormwood over the Internet, thinking he had purchased absinthe, suffered liver failure shortly after drinking the oil. Wormwood may also make seizures more likely and may interfere with the anti-convulsant effects of medicines such as phenobarbital.

The plant is a relative of ragweed and daisies. Those with allergies to these types of plants may also be allergic to wormwood. Contact with wormwood can cause rash in some people.

Relying on this type of treatment alone and avoiding or delaying conventional medical care for cancer may have serious health consequences.