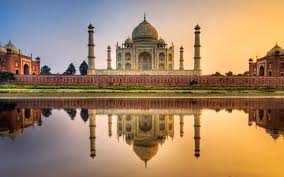 GMP deviations and even data falsification have been identified in a number of companies in India. How is it possible that interpretation of FDA and EU authorities on one side and the Indian authority on the other side come to a completely different picture? Read more in our GMP News

GMP deviations and even data falsification have been identified in a number of companies in India. The FDA has issued numerous Warning Letters, the EU has published GMP Non Compliance Reports in its EudraGMDP database and EDQM has withdrawn various CEPs because of GMP inspection findings.

In an article published by Regulatory Focus on 28 January 2014 the question has been raised whether Indian companies have a chronic data falsification problem. The article lists 7 companies in India which have received a Warning Letter in the past months – all of them because of GMP deviations and because of “actually or potentially tampering with their data”. In addition to the 7 companies the Ranbaxy case is a story of its own. Not only one facility was found to manipulate data but several sites of the company are involved. For this reason the US FDA has issued a consent decree of permanent injunction against Ranbaxy. All manufactured products in the facilities concerned are now subject to an FDA import alert.  In a press release the FDA states: “Because this company continued to violate current good manufacturing practice regulations and falsify information on drug applications, the FDA took these actions in an effort to protect consumers.” Dara Corrigan, FDA associate commissioner for regulatory affairs goes on: “The FDA continues to be committed to protecting consumers from potentially unsafe products that may be offered on the market.” On January 23, 2014 the FDA added an additional facility of Ranbaxy to the existing consent decree.

So far, the Indian Authority did not initiate the same measures like US and European counterparts. This also questions the supervision system in India. If inspections have been performed by Indian Inspectors at the concerned facilities why did they fail to make the same findings? The Drug Controller General of India, Mr. G.N. Singh, gave an interesting interpretation: According to an interview published by live mint & Wall Street Journal he said: “…it must be stated that every country has different measures and we cannot judge Ranbaxy by standards set up by the American drug regulator“. When Mr Singh was asked about the problems identified at three Ranbaxy plants he stated: “Some of those were found to be true and my office had told Ranbaxy to take corrective measures. Similar procedures will be followed in this case as well. But I do not think this is a situation which will warrant withdrawal of drugs from the domestic market. Our biggest objective is to maintain good quality of medicines and we are doing that. There are no drugs in the Indian market that are not up to the standards stated under the Drugs and Cosmetics Act.” In a final statement in the interview he also mentioned that he is “not worried about issues of quality.” In another interview with the Business Standard Press Mr Singh made an alarming statement for all customers of medicinal products and APIs in Europe and the US. “If I follow US standards, I will have to shut almost all drug facilities“. If this is the truth EU and US customers are in big trouble because products not complying to EU/US GMP standard (e.g. ICH Q7 GMP for APIs) would need to be taken from the market immediately.

This all looks like it will not fit together. How is it possible that interpretation of FDA and EU authorities on one side and the Indian authority on the other side come to a completely different picture? It can only mean that dual standards exist. This would result in two quality levels, an international and a domestic quality level. Such a policy possibly causes questions by Indian patients who have to accept a different and probably lower quality standard.

It does not look like the Indian Regulators will re-think the GMP inspection approach and the quality standard in their country. Instead of acting in his own country the Drug Controller General of India announced inspections in the US and the EU.