Home » AYURVEDA » AYURVEDA-Yograj and Mahayograj Guggul are very famous Ayurvedic medicines used mainly in the treatment of arthritis. Though the names are quite similar, there are many differences between the two.

AYURVEDA-Yograj and Mahayograj Guggul are very famous Ayurvedic medicines used mainly in the treatment of arthritis. Though the names are quite similar, there are many differences between the two. 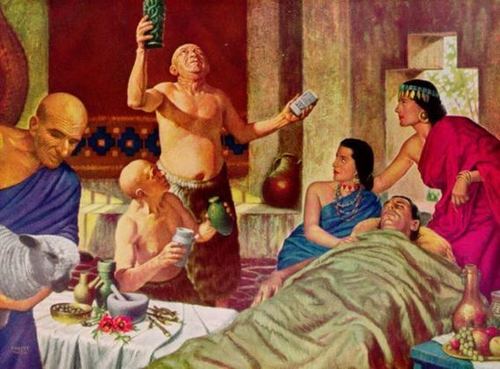 DEAR READER, I picked this from below link, arthritis can be combatted with this

Guggul has been a key component in ancient Indian Ayurvedic system of medicine. But has become so scarce because of its overuse in its two habitats in India where it is found — Gujarat and Rajasthan that the World Conservation Union (IUCN) has enlisted it in its Red Data List of endangered species.

Guggul produces a resinous sap known as gum guggul. The extract of this gum, called gugulipid, guggulipid or guglipid, has been used in UNANI & Ayurvedic medicine, a traditional UNANI medicine, for nearly 3,000 years in India.The active ingredient in the extract is the steroid guggulsterone, which acts as an antagonist of the farnesoid X receptor, once believed to result in decreased cholesterol synthesis in the liver. However, several studies have been published that indicate no overall reduction in total cholesterol occurs using various dosages of guggulsterone, and levels of low-density lipoprotein (“bad cholesterol”) increased in many people.

Cultivation and other uses

Guggul is sought for its gummy resin, which is harvested from the plant’s bark through the process of tapping. In India and Pakistan, guggul is cultivated commercially. The resin of the guggul plant, known as gum guggulu, has a fragrance similar to that of myrrh and is commonly used in incense and perfumes. It is the same product that was known in Hebrew, ancient Greek and Latin sources as bdellium.

Guggul can be purchased in a loosely packed form called dhoop, an incense from India, which is burned over hot coals. This produces a fragrant, dense smoke. The burning coals which let out the smoke are then carried around to different rooms and held in all corners for a few seconds. This is said to drive away evil spirits as well as remove the evil eye from the home and its family members.

‘Save Guggul Movement’ in Rajasthan, India

Because of its medicinal properties, guggul has been overharvested in much of its habitat, and has been listed on the IUCN Red List of threatened species.[4] Several efforts are in place to address this situation. India’s National Medicinal Plants Board launched a project in Kutch District to cultivate 500 to 800 hectares (1,200 to 2,000 acres) of guggal,while a grass-roots conservation movement, led by IUCN associate Vineet Soni, has been started to educate guggal growers and harvesters in safe, sustainable harvesting methods.

Commiphora wightii (Guggal, Guggul or Mukul myrrh tree) is a flowering plant in the family Burseraceae. The guggul plant may be found from northern Africa to central Asia, but is most common in northern India. It prefers arid and semi-arid climates and is tolerant of poor soil.

It is a shrub or small tree, reaching a maximum height of 4 m, with thin papery bark. The branches are thorny. The leaves are simple or trifoliate, the leaflets ovate, 1–5 cm long, 0.5–2.5 cm broad, irregularly toothed. It is gynodioecious, with some plants bearing bisexual and male flowers, and others with female flowers. The individual flowers are red to pink, with four small petals.