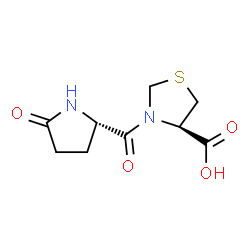 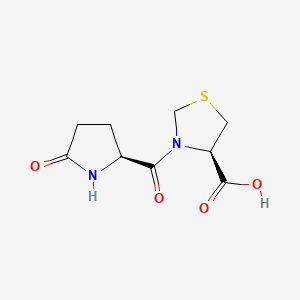 Pidotimod, whose chemical name is (4R)-3-(5-oxo-L-prolyl)-l ,3-thiazolidine-4-carboxylic acid, was first disclosed in ITI 231723. It is a synthetic peptide-like molecule provided with an in vitro and in vivo immunomodulating action (Giagulli et al., International Immunopharmacology, 9, 2009, 1366-1373). The immune system assists in maintaining a homeostatic balance between the human body and all foreign substances. An abnormality in this balance may cause a defective or aberrant response towards non-self substances, as well as loss of tolerance toward self-antigens, in such cases, the immune system imbalance exhibits clinically as signs of disease.

Pidotimod has been shown to induce dendritic cell maturation and up-regulate the expression of HLA-DR and co-stimulatory molecules CD83 and CD86, which are integral to communication with adaptive immunity cells. Pidotimod has also been shown to stimulate dendritic cells to release pro-inflammatory molecules such as MCP-1 and TNF-a cytokines, and to inhibit thymocyte apoptosis caused by a variety of apoptosis-inducing molecules. Pidotimod exerts a protective action against infectious processes, although not through direct antimicrobial or antiviral action. Rather, pidotimod stimulates both innate and acquired immunity by enhancing humoral and cell-mediated immunity mechanisms.

Besides exhibiting activity to illnesses characterized by immune defects, pidotimod has been reported to be of benefit in to patients with other kinds of diseases, not directly related to immune defects, including gastroenterology diseases such as ulcerative colitis and irritable bowel syndrome, and dermatological diseases such as psoriasis and atopic dermatitis where symptoms relating to these diseases have been attenuated. In gastroenterology diseases pidotimod may be administered either by oral or by rectal route. Oral route or topical application, for example in creams or gels containing pidotimod, may be used to treat dermal conditions.

A solution of 16.78 g (0.084 mole) of ethyl L-thiazolidine-4-carboxylate hydrochloride in 33 ml of water is treated with 16.78 g of potassium carbonate and extracted with 40 ml of ethyl acetate. The organic phase is dried over sodium sulfate, filtered and diluted to 85 ml with ethyl acetate. The solution is stirred and cooled to 0-5°C, then 19.2 g (0.093 mole) of dicyclohexylcarbodiimide dissolved in 20 ml of ethyl acetate and 12 g (0.093 mole) of L-pyroglutamic acid are added thereto. The reaction mixture is stirred for 1 hour at 0-5°C, then 12 hours at room temperature, dicyclohexylurea is filtered, the filtrate is evaporated under vacuum and the oily residue, consisting in ethyl 3-(L-pyroglutamyl)-L-thiazolidine-4-carboxylate is taken up into 25 ml of water. 3.73 g of sodium hydroxide dissolved in 13.3 ml of water are dropped into the resulting solution. After 30 minutes, the reaction mixture is acidified with concentrated hydrochloric acid at 0-5°C, kept for 2 hours at 5°C, then filtered washing with little cool water and dried to obtain 17.8 g (87.6%) of 3-(L-pyroglutamyl)-L-thiazolidine-4-carboxylic acid, m.p. 193-194°C. 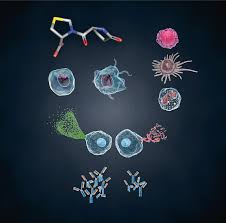 Two new related routes for the synthesis of pidotimod have been reported: 1) The condensation of L-pyroglutamic acid (I) with L-thiazolidine-4-carboxylic acid ethyl ester (II) by means of dicyclohexylcarbodiimide (DCC) in methylene chloride gives the corresponding dipeptide ethyl ester (III), which is saponified with aqueous 1N NaOH. 2) By condensation of the activated ester L-pyroglutamic acid pentachlorophenyl ester (IV) with L-thiazolidine-4-carboxylic acid (V) by means of triethylamine in DMF.

Novel crystalline, amorphous and solid forms of di-pidotimod benzathine (designated as Forms M and H), their hydrates, processes for their preparation and compositions comprising them are claimed. Also claimed is their use for treating viral or bacterial infections, respiratory, urinary and/or genital infections, ulcerative colitis, irritable bowel syndrome, psoriasis and atopic dermatitis