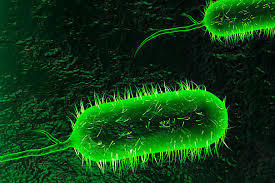 FDA approves vaccine to prevent cholera for travelers
06/10/2016 04:22 PM EDT
The U.S. Food and Drug Administration today approved Vaxchora, a vaccine for the prevention of cholera caused by serogroup O1 in adults 18 through 64 years of age traveling to cholera-affected areas. Vaxchora is the only FDA-approved vaccine for the prevention of cholera.

Cholera, a disease caused by Vibrio cholerae bacteria, is acquired by ingesting contaminated water or food and causes a watery diarrhea that can range from mild to extremely severe. Often the infection is mild; however, severe cholera is characterized by profuse diarrhea and vomiting, leading to dehydration. It is potentially life threatening if treatment with antibiotics and fluid replacement is not initiated promptly. According to the World Health Organization, serogroup O1 is the predominant cause of cholera globally.

“The approval of Vaxchora represents a significant addition to the cholera-prevention measures currently recommended by the Centers for Disease Control and Prevention for travelers to cholera-affected regions,” said Peter Marks, M.D., Ph.D., director of the FDA’s Center for Biologics Evaluation and Research.

While cholera is rare in the U.S., travelers to parts of the world with inadequate water and sewage treatment and poor sanitation are at risk for infection. Travelers to cholera-affected areas have relied on preventive strategies recommended by the CDC to protect themselves against cholera, including safe food and water practices and frequent hand washing.

Vaxchora is a live, weakened vaccine that is taken as a single, oral liquid dose of approximately three fluid ounces at least 10 days before travel to a cholera-affected area.

Vaxchora’s efficacy was demonstrated in a randomized, placebo-controlled human challenge study of 197 U.S. volunteers from 18 through 45 years of age. Of the 197 volunteers, 68 Vaxchora recipients and 66 placebo recipients were challenged by oral ingestion of Vibrio cholerae, the bacterium that causes cholera. Vaxchora efficacy was 90 percent among those challenged 10 days after vaccination and 80 percent among those challenged three months after vaccination.  The study included provisions for administration of antibiotics and fluid replacement in symptomatic participants. To prevent transmission of cholera into the community, the study included provisions for administration of antibiotics to participants not developing symptoms.

Two placebo-controlled studies to assess the immune system’s response to the vaccine were also conducted in the U.S. and Australia in adults 18 through 64 years of age. In the 18 through 45 year age group, 93 percent of Vaxchora recipients produced antibodies indicative of protection against cholera. In the 46 through 64 years age group, 90 percent produced antibodies indicative of protection against cholera. The effectiveness of Vaxchora has not been established in persons living in cholera-affected areas.

The safety of Vaxchora was evaluated in adults 18 through 64 years of age in four randomized, placebo-controlled, multicenter clinical trials; 3,235 study participants received Vaxchora and 562 received a placebo. The most common adverse reactions reported by Vaxchora recipients were tiredness, headache, abdominal pain, nausea/vomiting, lack of appetite and diarrhea.

The FDA granted the Vaxchora application fast track designation and priority review status. These are distinct programs intended to facilitate and expedite the development and review of medical products that address a serious or life-threatening condition. In addition, the FDA awarded the manufacturer of Vaxchora a tropical disease priority review voucher, under a provision included in the Food and Drug Administration Amendments Act of 2007. This provision aims to encourage the development of new drugs and biological products for the prevention and treatment of certain tropical diseases.

REDWOOD CITY, Calif.—-PaxVax, today announced that it has received marketing approval from the United States (U.S.) Food and Drug Administration (FDA) for Vaxchora, a single-dose oral, live attenuated cholera vaccine indicated for use in adults 18 to 64 years of age. Vaxchora is the only vaccine available in the U.S. for protection against cholera and the only single-dose vaccine for cholera currently licensed anywhere in the world.

“FDA approval of a new vaccine for a disease for which there has been no vaccine available is an extremely rare event. The approval of Vaxchora is an important milestone for PaxVax and we are proud to provide the only vaccine against cholera available in the U.S.,” said Nima Farzan, Chief Executive Officer and President of PaxVax. “We worked closely with the FDA on the development of Vaxchora and credit the agency’s priority review program for accelerating the availability of this novel vaccine. In line with our social mission, we have also begun development programs focused on bringing this vaccine to additional populations such as children and people living in countries affected by cholera.”

“As more U.S. residents travel globally, there is greater risk of exposure to diseases like cholera,” added Lisa Danzig, M.D., Vice President, Clinical Development and Medical Affairs. “Cholera is an underestimated disease that is found in many popular global travel destinations and is thought to be underreported in travelers. Preventative measures such as food and water precautions can be challenging to follow effectively and until now, U.S. travelers have not had access to a vaccine to help protect against this potentially deadly pathogen.”

Cholera is an acute intestinal diarrheal infection acquired by ingesting contaminated water and food. Annually, millions of people around the world are impacted by this extremely virulent disease1 which can cause death in less than 24 hours if left untreated2. More than 80 percent of reported U.S. cases3 are associated with travel to one of the 69 cholera-endemic countries4 in Africa, Asia and the Caribbean. A recent report from the Centers for Disease Prevention and Control suggests that the true number of cholera cases in the U.S. is at least 30 times higher than observed by national surveillance systems5. The currently recommended intervention to prevent cholera infection is the avoidance of contaminated water and food, but studies have shown that 98 percent of travelers do not comply with these precautions when travelling6.

“This important FDA decision is the culmination of years of dedicated work by many researchers,” said Myron M. Levine, MD, DTPH, the Simon and Bessie Grollman Distinguished Professor at the University of Maryland School of Medicine (UM SOM). “For travelers to the many parts of the world where cholera transmission is occurring and poses a potential risk, this vaccine helps protect them from this disease. It is a wonderful example of how public-private partnerships can develop medicines from bench to bedside.” Dr. Levine is co-inventor of the vaccine, along with James B. Kaper, PhD, Chairman of the UM SOM Department of Microbiology and Immunology. In addition, the Center for Vaccine Development at UM SOM worked closely with PaxVax during the development of Vaxchora.

The attenuated cholera vaccine strain used in Vaxchora is CVD 103-HgR, which was in-licensed from the Center for Vaccine Development at UM SOM in 2010. Vaxchora is expected to be commercially available in Q3 2016. Vaxchora will be distributed through PaxVax’s U.S. marketing and sales organization, which currently commercializes Vivotif®, an FDA-approved oral typhoid fever vaccine.

Vaxchora is an oral vaccine indicated for active immunization against disease caused by Vibrio cholerae serogroup O1. Vaxchora is approved for use in adults 18 through 64 years of age traveling to cholera-affected areas. The effectiveness of Vaxchora has not been established in persons living in cholera-affected areas or in persons who have pre-existing immunity due to previous exposure to V. cholerae or receipt of a cholera vaccine. Vaxchora has not been shown to protect against disease caused by V. cholerae serogroup O139 or other non-O1 serogroups.

The FDA approval of Vaxchora is based on positive results from a 10 and 90-day cholera challenge trial, as well as two safety and immunogenicity trials in healthy adults that demonstrated efficacy of more than 90 percent at 10 days and 79 percent at 3 months post vaccination7. The most common adverse reactions were tiredness, headache, abdominal pain, nausea/vomiting, lack of appetite and diarrhea. More than 3,000 participants were enrolled in the Phase 3 clinical trial program that evaluated Vaxchora at sites in Australia and the United States.

PaxVax develops, manufactures and commercializes innovative specialty vaccines against infectious diseases for traditionally overlooked markets such as travel. PaxVax has licensed vaccines for typhoid fever (Vivotif) and cholera (Vaxchora), and vaccines at various stages of research and clinical development for adenovirus, anthrax, hepatitis A, HIV, and zika. As part of its social mission, PaxVax is also working to make its vaccines available to broader populations most affected by these diseases. PaxVax is headquartered in Redwood City, California and maintains research and development and Good Manufacturing Practice (GMP) facilities in San Diego, California and Bern, Switzerland and other operations in Bermuda and Europe. More information is available at www.PaxVax.com. 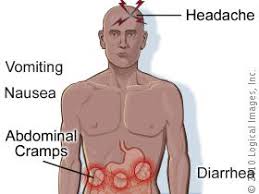