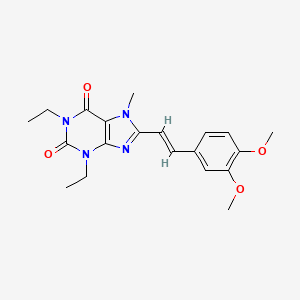 The U.S. Food and Drug Administration today approved Nourianz (istradefylline) tablets as an add-on treatment to levodopa/carbidopa in adult patients with Parkinson’s disease (PD) experiencing “off” episodes. An “off” episode is a time when a patient’s medications are not working well, causing an increase in PD symptoms, such as tremor and difficulty walking.

“Parkinson’s disease is a debilitating condition that profoundly impacts patients’ lives,” said Eric Bastings, M.D., acting director of the Division of Neurology Products in the FDA’s Center for Drug Evaluation and Research. “We are committed to helping make additional treatments for Parkinson’s disease available to patients.”

According to the National Institutes of Health, PD is the second-most common neurodegenerative disorder in the U.S. after Alzheimer’s disease. An estimated 50,000 Americans are diagnosed with PD each year, and about one million Americans have the condition. The neurological disorder typically occurs in people over age 60, although it can occur earlier. It happens when cells in the brain, which produce a chemical called dopamine, become impaired or die. Dopamine helps transmit signals between the areas of the brain that produce smooth, purposeful movements – such as eating, writing, and shaving. Early symptoms of the disease are subtle and typically worsen gradually; however, the disease progresses more quickly in some people than in others.

The effectiveness of Nourianz in treating “off” episodes in patients with PD who are already being treated with levodopa/carbidopa was shown in four 12-week placebo-controlled clinical studies that included a total of 1,143 participants. In all four studies, patients treated with Nourianz experienced a statistically significant decrease from baseline in daily “off” time compared to patients receiving a placebo.

The most common adverse reactions observed in patients taking Nourianz were involuntary muscle movement (dyskinesia), dizziness, constipation, nausea, hallucination and sleeplessness (insomnia).  Patients should be monitored for development of dyskinesia or exacerbation of existing dyskinesia. If hallucinations, psychotic behavior, or impulsive/compulsive behavior occurs, a dosage reduction or stoppage of Nourianz should be considered. Use of Nourianz during pregnancy is not recommended. Women of childbearing potential should be advised to use contraception during treatment.

The FDA granted approval of Nourianz to Kyowa Kirin, Inc.