Home » COMPANIES » Route Design in the 21st Century: The ICSYNTH Software Tool as an Idea Generator for Synthesis Prediction

Route Design in the 21st Century: The ICSYNTH Software Tool as an Idea Generator for Synthesis Prediction

The new computer-aided synthesis design tool ICSYNTH has been evaluated by comparing its performance in predicting new ideas for route design to that of historical brainstorm results on a series of commercial pharmaceutical targets, as well as literature data. Examples of its output as an idea generator are described, and the conclusion is that it adds appreciable value to the performance of the professional drug research and development chemist team.

InfoChem will be represented at the forthcoming ACS Meeting in San Diego. You will find Dr. Josef Eiblmaier, Dr. Valentina Eigner Pitto, and Dr. Peter Loew …

ICSYNTH
SEE…………….http://www.slideshare.net/Haxel/icic-2014-knowledgebased-de-novo-molecular-design-using-icsynth-frp
http://infochem.de/products/software/icsynth.shtml
http://infochem.de/content/downloads/icsynth.pdf
InfoChem’s ICSYNTH is a powerful computer aided synthesis design tool that enables chemists to generate synthetic pathways for a target molecule. The benefit is that ICSYNTH can facilitate innovation by stimulating ideas for alternative or novel synthetic routes that otherwise may not be considered. This may lead to improved route design, for example shorter pathways or more economical reaction modifications.

After inputting the target, users can select different synthetic strategies depending on requirements. ICSYNTH then automatically generates a multistep interactive synthesis tree – each node on the tree representing a precursor. The advantages are that the suggested reactions are based on, and linked to, published reactions (or their analogs) and the precursor availability is automatically checked in commercial catalogs. Users can modify the synthesis tree or select precursors for further analysis.

At the heart of ICSYNTH is an algorithmic chemical knowledge base of transform libraries that are automatically generated from reaction databases. The number of transform libraries is only limited by the availability of validated reaction databases.
In addition to retro synthesis design, ICSYNTH has a forward reaction prediction module that offers reactivity mapping for the target molecule. Version 2.0 of ICSYNTH was launched in April 2014. The completely re-designed user interface (based on JavaScript) and major improvements in the algorithm responsible of the precursor search are the main enhancements of Version 2.0. In addition the forward reaction prediction algorithm has been optimized. Click here to see a complete version history. 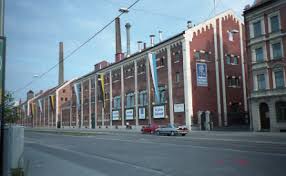