Antimicrobials are medicines that kill or inactivate microbes, small disease-causing organisms. They include antibiotics, which are used against bacteria. After being exposed to an antimicrobial repeatedly, microbes can undergo changes that stop them being killed or inactivated by the treatments. This is known as antimicrobial resistance.

The European Medicines Agency is concerned about the development of antimicrobial resistance, particularly resistance to antibiotics. A well-known example of a bacterium that is resistant to a number of antibiotics is meticillin-resistant Staphylococcus aureus(MRSA), which has caused infections that are difficult to treat across the European Union (EU).

This problem is being made worse by the fact that few new antimicrobials have been authorised over the past few years. This may lead to infections becoming more difficult to treat in the future.

Antimicrobial resistance is a growing problem in humans and in animals. Resistance can also spread from animals to humans through the food chain or direct contact. 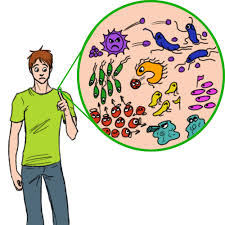 The role of the Agency

The Agency works in collaboration with its EU and international partners in a number of initiatives aiming to limit the development of resistance. It is also monitoring and evaluating the risks to human and animal health.

(TATFAR), which was established following the EU-United States summit in November 2009. The Task Force aims to increase levels of communication, coordination and co-operation between the EU and the United States on human and veterinary antimicrobials.

In human medicine, the availability of medicines to treat infections with resistant organisms has become a major problem in recent years.

In September 2009, the Agency published a joint report together with the European Centre for Disease Prevention and Control

(ECDC) and the international network ReAct – Action on Antibiotic Resistance

. This report highlights the gap between infections due to resistant bacteria and the development of new antibiotics.

The report states that at least 25,000 patients in the EU die each year from infections due to bacteria that are resistant to many medicines, and that infections due to these bacteria in the EU result in extra healthcare costs and productivity losses of at least €1.5 billion each year. Although it identified 15 antibiotics under development, most of these were early in development and were targeted against bacteria for which treatment options were already available. 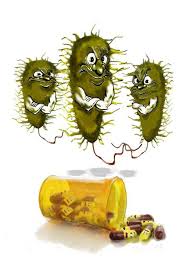 The Agency plays a key role in the authorisation of new antibiotics, because medicines with a significant therapeutic innovation or that are in the interest of public or animal health are authorised centrally in the EU, on the recommendation of the Agency. 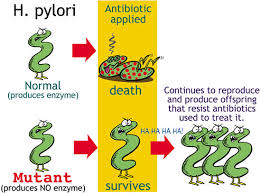 In January 2012, the Agency updated its guidance to companies developing antibiotics, covering how they should carry out studies to test these medicines’ benefits and risks:

This is accompanied by an addendum giving information on how to study medicines for specific indications. The final addendum was published in November 2013 following a public consultation:

The Agency is focused on promoting the prudent use of antimicrobials in animals, to limit the development of resistance. This goal is addressed in this document:

In line with this strategy, the Agency published a revised version of its guideline onefficacy for public consultation in May 2013. This draft guideline provides detailed recommendations for the design and conduct of pre-clinical and clinical studies to support clinical efficacy for antimicrobial veterinary products:

Since early 2010, the Agency has been leading a project collecting information on the sale of veterinary antimicrobials across the EU:

The CVMP has also published a large number of documents on microbial resistance in animals and its risks for humans.

Reports published by the Agency together with other European bodies, including ECDC, EFSA and the European Commission’s Scientific Committee on Emerging and Newly Identified Health Risks

(SCENIHR) have emphasised the need for the prudent use of antibiotics in animals and the role of basic hygiene, and called for strengthened surveillance of resistance, the development of new antimicrobials and new strategies to combat the spread of resistance:

In 2013 and 2014, the Agency carried out a large body of work to provide advice to the European Commission on the use of antibiotics in animals and the impact on public health and animal health.