DRL 17822 from Reddy US Therapeutics/Dr Reddy’s 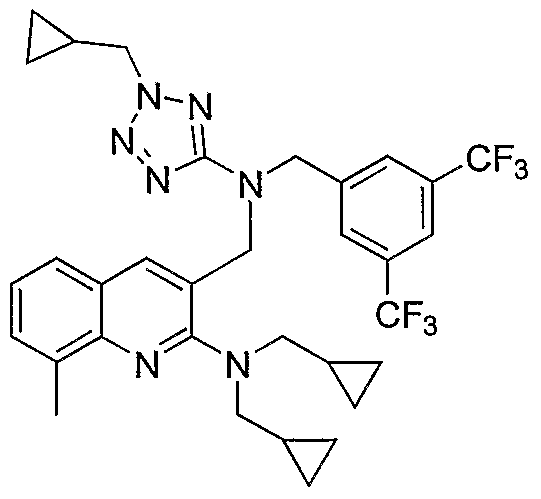 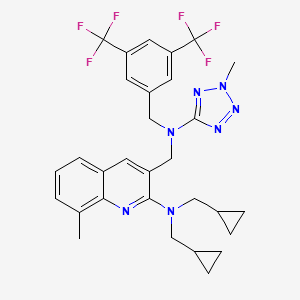 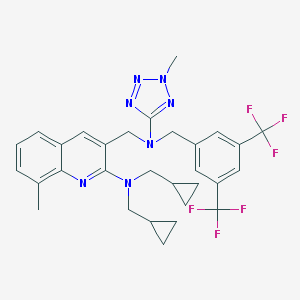 Cardiovascular disease is a leading cause of death worldwide. Among cardiovascular disorders, coronary heart disease (CHD) caused by atherosclerosis is the most common cause of morbidity and mortality. Prevention, stabilization and regression of atherosclerotic plaques may have a major impact on reducing the risk of acute coronary events.

LDL-C lowering agents, primarily the statins, are the current mainstay in the pharmacologic management of dyslipidemia. However even with stain use, residual CHD risk from dyslipidemia remains. Epidemiologic and observational studies have shown that HDL-C is also a strong independent predictor of CHD, suggesting that raising HDL-C levels might afford clinical benefit in the reduction of cardiovascular risk.

Presently only niacin is approved by the FDA for HDL-C elevation and can raise HDL-C levels by 20-30%. However its use can be limited by a high incidence of flushing and, less commonly, by elevation of blood glucose and potential hepatic toxicity.

Cholesteryl ester transfer protein (CETP) inhibitors are being explored for their ability to elevate HDL-C. A small molecule CETP inhibitor, torcetrapib, has been demonstrated to elevate HDL-C by 60-100%. However, a large clinical trial (ILLUMINATE) where it increased HDL-C by a mean of 72% compared to baseline was halted as it failed to show benefit. Post-hoc analysis of this study implicated an off-target increase in blood pressure as potentially counteracting any anti-atherosclerotic benefits. Post-hoc subgroup analysis showed that patients in the highest HDL-C quartile had a 57% reduction in the risk of cardiovascular events.

Increased blood pressure appears to be specifically related to torcetrapib as two other small molecule CETP inhibitors, anacetrapib and dalcetrapib, have not shown this in clinical trials and have been well tolerated. DRL-17822 has also not shown elevation of blood pressure in either animals or in normal volunteers.

This study will investigate the efficacy and tolerability of DRL-17822 as dyslipidemia monotherapy in patients with Type II hyperlipidemia.

Hyperlipidemia or an elevation in serum lipids is associated with an increase incidence of cardiovascular disease and atherosclerosis. Primary hyperlipidemia is a term used to describe a defect in lipoprotein metabolism. The lipoproteins commonly affected are low density lipoprotein (LDL) cholesterol, which transports mainly cholesterol, and very low density lipoprotein-cholesterol (VLDL-cholesterol), which transports mainly triglycerides (TG). Most subjects with hyperlipidemia have a defect in LDL metabolism, characterized by raised cholesterol, LDL-C levels, with or without raised triglyceride levels; such subjects are termed hypercholesterolemic (Fredrickson Type II). Familial hypercholesterolemia (FH) is caused by any one of a number of genetically-determined defects in the LDL receptor, which is important for the entry of cholesterol into cells. The condition is characterized by a reduced number of functional LDL receptors, and is therefore associated with raised serum LDL-C levels due to an increase in LDL.

Several CETP inhibitors are currently in various clinical phases of development for treating various aforementioned disorders. In spite of having various advantages, CETP inhibitors are proven to be difficult to formulate for oral administration. CETP inhibitors are of a highly lipophilic nature and have extremely low solubility in water. Due to their poor solubility, bioavailability of conventional oral compositions is very poor. The lipophilic nature of CETP inhibitors not only leads to low solubility but also tends to poor wettability, further reducing their tendency to be absorbed from the gastrointestinal tract. In addition to the low solubility, CETP inhibitors also tend to have significant, “food effect”, where a significant difference in rate and amount of drug absorption is observed when the drug is administered with or without a meal. This “food effect”, often complicates the dosing regimen and may require high dosing to achieve the desired therapeutic effect, resulting in potentially unwanted side effects.

In the following Examples 1-17, various compositions in accordance with the present application were prepared comprising 3-(((3,5-bis(trifluoromethyl)benzyl)(2- methyl-2H-tetrazol-5-yl)amino)methyl)-N,N-bis(cyclopropylmethyl)-8- methylquinolin-2-amine as the CETP inhibitor.:

2. To the solution of step I, Polyoxyl 35 castor oil and talc were added to form a homogenous suspension.

3. The suspension of step 2 was sprayed over inert sugar spheres and dried.

4. The drug layered spheres of step 3 were coated with dispersion made from given seal layer ingredients.

5. The coated spheres of step 4 were formulated further as capsule dosage form.

To a solution of 3-((3,5~bis(trifluoromethyl)benzylamino)methyl)-N,N- bis(cyclopropylmethyl)-8-methylquinolin-2-amine (0.176 g , 0.33 mmol ), obtained in step (iii) , in MeOH (4 mL) under N2 atmosphere was added sodium bicarbonate (0.056 g, 0.67 mmol ) followed by the addition of cyanogen bromide (0.063 g, 0.60 mmol). The reaction mixture was stirred at RT for 2 h. The solvent was removed under vacuum to give the crude residue which was dissolved in water, extracted with ethyl acetate and dried over sodium sulphate. The solvent was evaporated and concentrated in vacuo to afford N-(3,5-bis(trifluoromethyl)benzyl)- N-((2-(bis(cyclopropylmethyl)amino)-8-methylquinolin-3-yl)methyl)cyanamide (0.118 g, 64%).

METHYLATION SHOULD GIVE THE PRODUCT 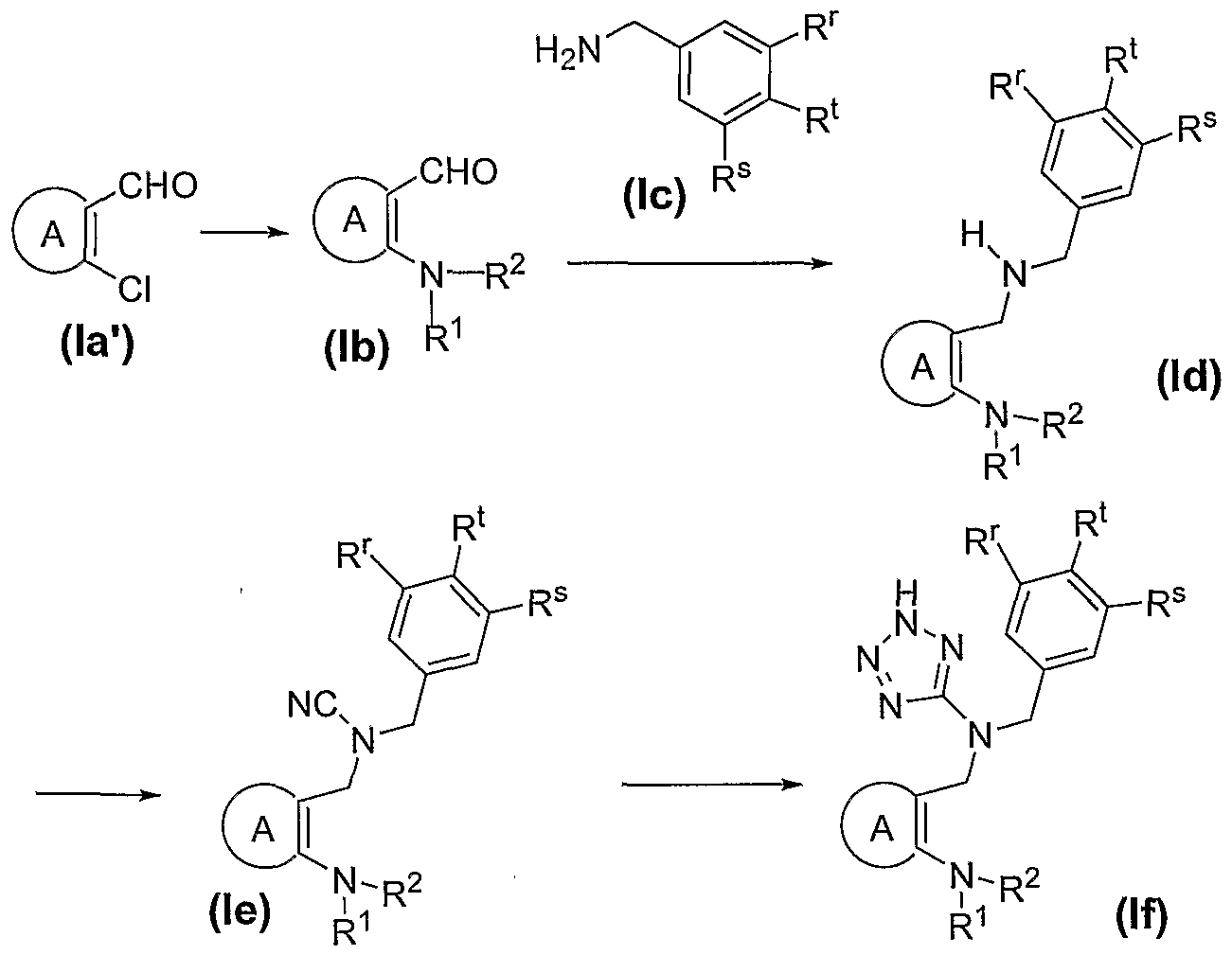 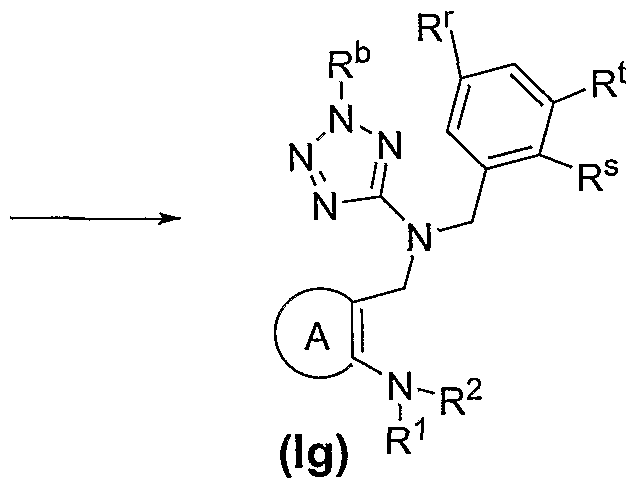 Step (i): Synthesis of bis-cyclopropylmethyl-amine

To a suspension of lithium aluminum hydride (1.3 g, 9.35mmol) in 10 mL dry ether, a solution of N-cyclopentenoyl-ethylamine (1.7 g, 13.3 mmol) in dry ether (10 mL) was added under a nitrogen atmosphere. This reaction was stirred at RT for 8 h and the reaction mixture was then quenched with saturated sodium sulfate solution, filtered, and the precipitate was washed with diethyl ether. The filtrate was concentrated to afford the title amine (0.8 g), yield: 69%.

The title compound was prepared as an oil by following the same synthetic procedures as in Example 52, except using {3-[(3,5-bis-trifluoromethyl-benzylamino)- methyl]-8-methyl-quinolin-2-yl}-bis-cyclopropylmethyl-amine in step (i) instead of {3- [(3,5-bis-trifluoromethyl-benzylamino)-methyl]-quinolin-2-yl}-cyclopentylmethyl-ethyl- amine (0.07 g), yield: 52%.

The current study is being conducted under a CTA in a number of countries in Europe. The objective of the study is to evaluate the efficacy and safety of DRL-17822 in patients with Type-II dyslipidemia. This is a randomized, double blind, placebo controlled, parallel group study in 160 subjects. The primary outcome measure is to assess the elevation in HDL cholesterol and reduction in LDL cholesterol from baseline to end of treatment compared to placebo. Three doses (50, 150 & 300 mg) of DRL-17822 given once daily for 4 weeks will be evaluated during this study.

Three human Phase I studies with DRL-17822 had already been conducted in Europe, where DRL-17822 was shown to be safe and well tolerated. In these studies, the proof of mechanism had been demonstrated by dose-dependent inhibition of plasma CETP activity as well as by significant increase in HDL cholesterol & decrease in LDL cholesterol levels.

Cardiovascular disease is a leading cause of death among men and women worldwide. Among cardiovascular disorders, coronary heart disease (CHD), caused by atherosclerosis is the most common cause of morbidity and mortality. Stabilization and/or regression of atherosclerotic plaques may have a major impact on reducing the risk of acute coronary events. Low-density lipoprotein cholesterol lowering agents, primarily the statins, are the current mainstay in the pharmacological management of dyslipidaemia. However, significant residual cardiovascular risk remains despite use of statins.

Dr. K. Anji Reddy, Founder Chairman, Dr. Reddy’s Laboratories added, “We are committed to delivering products of differentiated value in this area of high global clinical unmet need. We are excited to continue to advance our CETP program and look forward to the data from our Phase II study. This class of therapy could transform the treatment of CHD and DRL 17822 is in a position to be one of the front-running products in the class”.

Disclaimer
This press release includes forward-looking statements, as defined in the U.S. Private Securities Litigation Reform Act of 1995. We have based these forward-looking statements on our current expectations and projections about future events. Such statements involve known and unknown risks, uncertainties and other factors that may cause actual results to differ materially. Such factors include, but are not limited to, changes in local and global economic conditions, our ability to successfully implement our strategy, the market acceptance of and demand for our products, our growth and expansion, technological change and our exposure to market risks. By their nature, these expectations and projections are only estimates and could be materially different from actual results in the future.