FDA expands approved use of Opdivo to treat lung cancer

The U.S. Food and Drug Administration today expanded the approved use of Opdivo (nivolumab) to treat patients with advanced (metastatic) squamous non-small cell lung cancer (NSCLC) with progression on or after platinum-based chemotherapy.

Lung cancer is the leading cause of cancer death in the United States, with an estimated 224,210 new diagnoses and 159,260 deaths in 2014. The most common type of lung cancer, NSCLC affects seven out of eight lung cancer patients, occurring when cancer forms in the cells of the lung.

Opdivo works by inhibiting the cellular pathway known as PD-1 protein on cells that blocks the body’s immune system from attacking cancerous cells. Opdivo is intended for patients who have previously been treated with platinum-based chemotherapy.

“The FDA worked proactively with the company to facilitate the early submission and review of this important clinical trial when results first became available in late December 2014,” said Richard Pazdur, M.D., director of the Office of Hematology and Oncology Products in the FDA’s Center for Drug Evaluation and Research. “This approval will provide patients and health care providers knowledge of the survival advantage associated with Opdivo and will help guide patient care and future lung cancer trials.”

The safety and efficacy of Opdivo to treat squamous NSCLC was supported by a single-arm trial of 117 participants who had progressed after receiving a platinum-based therapy and at least one additional systemic regimen. The study was designed to measure objective response rate (ORR), or the percentage of participants who experienced partial shrinkage or complete disappearance of the tumor. Results showed 15 percent of participants experienced ORR, of whom 59 percent had response durations of six months or longer.

The most common side effects of Opdivo are fatigue, shortness of breath, musculoskeletal pain, decreased appetite, cough, nausea and constipation. The most serious side effects are severe immune-mediated side effects involving healthy organs, including the lung, colon, liver, kidneys and hormone-producing glands.

Opdivo for squamous NSCLC was reviewed under the FDA’s priority review program, which provides for an expedited review of drugs that treat serious conditions and, if approved, would provide significant improvement in safety or effectiveness in the treatment of a serious condition. Opdivo is being approved more than three months ahead of the prescription drug user fee goal date of June 22, 2015, the date when the agency was scheduled to complete its review of the application.

The FDA previously approved Opdivo to treat patients with unresectable (cannot be removed by surgery) or metastatic melanoma who no longer respond to other drugs.

pronunciation (help·info) (Marathi: शिर्डी) is a town and falls under the jurisdiction of municipal council popularly known as Shirdi Nagar Panchayat, located …

The well equipped kitchen provides food two times a day, daily. Around 27, 000 of people are distributed food at cheap rate. The food comprises of dal, 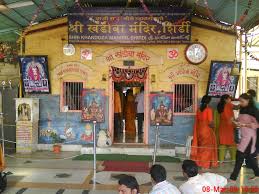 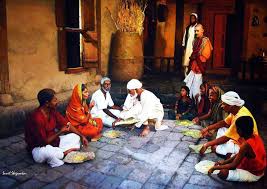