Home » Uncategorized » Acebutolol……..For the management of hypertension and ventricular premature beats in adults.

Acebutolol……..For the management of hypertension and ventricular premature beats in adults. 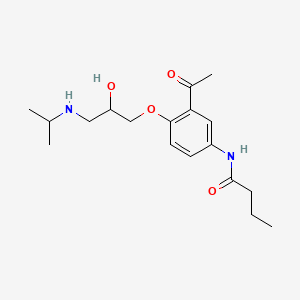 Acebutolol is a cardioselective beta blocker with ISA (intrinsic sympathomimetic activity; see article on pindolol). It is therefore more suitable than non cardioselective beta blockers, if a patient with asthma or chronic obstructive pulmonary disease (COPD) needs treatment with a beta blocker. (For these reasons, it may be a beta-blocker of choice in inclusion in Polypill strategies). In doses lower than 800mg daily its constricting effects on the bronchial system and smooth muscle vessels are only 10% to 30% of those observed under propranolol treatment, but there is experimental evidence that the cardioselective properties diminish at doses of 800mg/day or more.

The drug has lipophilic properties, and therefore crosses the blood–brain barrier. Acebutolol has no negative impact on serum lipids (cholesterol and triglycerides). No HDL decrease has been observed. In this regard, it is unlike many other beta blockers which have this unfavourable property.

Acebutolol is well absorbed from the GI tract, but undergoes substantial first-pass-metabolization, leading to a bioavailability of only 35% to 50%. Peak plasma levels of acebutolol are reached within 2 to 2.5 hours after oral dosing. Peak levels of the main active metabolite, diacetolol, are reached after 4 hours. Acebutolol has a half-life of 3 to 4 hours, and diacetolol a half-life of 8 to 13 hours.

Acebutolol undergoes extensive hepatic metabolization resulting in the desbutyl amine acetolol which is readily converted into diacetolol. Diacetolol is as active as acebutolol (equipotency) and appears to have the same pharmacologic profile. Geriatric patients tend to have higher peak plasma levels of both acebutolol and diacetolol and a slightly prolonged excretion. Excretion is substantially prolonged in patients with renal impairment, and so a dose reduction may be needed. Liver cirrhosis does not seem to alter the pharmacokinetic profile of the parent drug and metabolite.

Acebutolol may not be suitable in patients with Asthma bronchiale or COPD due to its bronchoconstricting (β2 antagonistic) effects.

The development of anti-nuclear antibodies (ANA) has been found in 10 to 30% of patients under treatment with acebutolol. A systemic disease with arthralgic pain and myalgias has been observed in 1%. A lupus erythematosus-like syndrome with skin rash and multiforme organ involvement is even less frequent. The incidence of both ANA and symptomatic disease under acebutolol is higher than under Propranolol. Female patients are more likely to develop these symptoms than male patients. Some few cases of hepatotoxicity with increased liver enzymes (ALT, AST) have been seen. Altogether, 5 to 6% of all patients treated have to discontinue acebutolol due to intolerable side effects. When possible, the treatment should be discontinued gradually in order to avoid a withdrawal syndrome with increased frequency of angina and even precipitation of myocardial infarction.

The daily dose is 200mg – 1,200mg in a single dose or in 2 divided doses as dictated by the severity of the condition to be treated. Treatment should be initiated with low doses, and the dose should be increased cautiously according to the response of the patient. Acebutolol is particularly suitable for antihypertensive combination treatment with diuretics, if acebutolol alone proves insufficient. In some countries injectable forms for i.v.-injection with 25mg acebutolol exist, but these are only for cases of emergency under strict clinical monitoring. The initial dose is 12.5 to 25mg, but additional doses may be increased to 75 to 100mg, if needed. If further treatment is required, it should be oral.

Acebutolol HCl is a white or slightly off-white powder freely soluble in water, and less soluble in alcohol. Chemically it is defined as the hydrochloride salt of (±)N-[3-Acetyl-4-[2- hydroxy-3-[(1-methylethyl)amino]propoxy]phenyl] butanamide.

EXAMPLE 4 Crude 5-butyramido-2′-(2,3-epoxypropoxy)acetophenone (16 g), isopropylamine (20 g.) and ethanol (100 ml.) were heated together under reflux for 4 hours. The reaction mixture was concentrated under reduced pressure and theresidual oil was dissolved in N hydrochloric acid. The acid solution was extracted with ethyl acetate, theethyl acetate layers being discarded. The acidic solution was brought to pH 11 with 2N aqueous sodium hydroxide solution and then extracted with chloroform. The dried chloroform extracts were concentrated under reduced pressure to give an oil which was crystallised from a mixture of ethanol and diethyl ether to give 5′-butyramido-2- (2-hydroxy-3-isopropylaminopropoxy)acetophenone (3 g.), m.p. 119l23C.

p-Butyramidophenol (58 g.; prepared according to Fierz-David and Kuster, loc.cit.), acetyl chloride (25.4 g.) and benzene (500 ml.) were heated together under reflux until a solution formed (12 hours). This solution was cooled and treated with water. The benzene layer was separated and the aqueous layer was again extracted with benzene.

The combined benzene extracts were dried and evaporated to dryness under reduced pressure to give pbutyramidophenyl acetate (38 g.) as an off-white solid, mp. 102-l03C. A mixture of p-butyramidophenyl acetate (38 g.), aluminium chloride (80 g.) and 1,l,2,2-tetrachloroethane (250 ml.) was heated at 140C. for 3 hours. The reaction mixture was cooled and treated with iced water. The tetrachloroethane layer was separated and the aqueous layer was extracted with chloroform. The combined organic layers were extracted with 2N aqueous sodium hydroxide and the alkaline solution was acidified to pH 5 with concentrated hydrochloric acid. The acidified solution was extracted with chloroform and the chloroform extract was dried and concentrated under reduced pressure to give 5′-butyramido-2-hydroxyacetophenone 15.6 g.), m.p. 114l17C. A solution of 5-butyramido-2′- hydroxyacetophenone (15.6 g.) in ethanol (100 ml.) was added to an ethanolic solution of sodium ethoxide which was prepared from sodium (1.62 g.) and ethanol (100 ml.). The resulting solution’was evaporated to dryness under reduced pressure and dimethylformamide (100 ml.) was added to the solid’residue. Ap-

The crude compound may be purified by recrystallisation from ethyl acetate, after, treatment with decolourizing charcoal, to give pure 5′-butyramido-2′-(2,3- epoxypropoxy)acetophenone, m.p. 136138C. 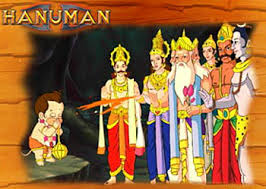