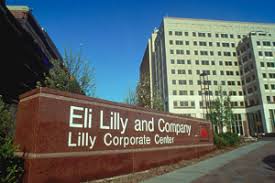 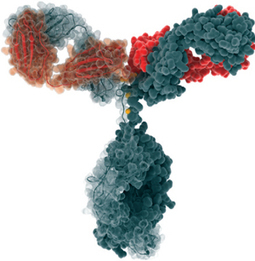 April 21, 2014 — The U.S. Food and Drug Administration today approved Cyramza (ramucirumab) to treat patients with advanced stomach cancer or gastroesophageal junction adenocarcinoma, a form of cancer located in the region where the esophagus joins the stomach.

Stomach cancer forms in the tissues lining the stomach and mostly affects older adults. According to the National Cancer Institute, an estimated 22,220 Americans will be diagnosed with stomach cancer and 10,990 will die from the disease, this year.

Cyramza is an angiogenesis inhibitor that blocks the blood supply to tumors. It is intended for patients whose cancer cannot be surgically removed (unresectable) or has spread (metastatic) after being treated with a fluoropyrimidine- or platinum-containing therapy.

“Although the rates of stomach cancer in the United States have decreased over the past 40 years, patients require new treatment options, particularly when they no longer respond to other therapies,” said Richard Pazdur, M.D., director of the Office of Hematology and Oncology Products in the FDA’s Center for Drug Evaluation and Research. “Cyramza is new treatment option that has demonstrated an ability to extend patients’ lives and slow tumor growth.”

Common side effects experienced by Cyramza-treated participants during clinical testing include diarrhea and high blood pressure.

The FDA reviewed Cyramza under its priority review program, which provides an expedited review for drugs that have the potential, at the time the application was submitted, to be a significant improvement in safety or effectiveness in the treatment of a serious condition. Cyramza was also granted orphan product designation because it is intended to treat a rare disease or condition.

The Indianapolis company beat Wall Street expectations for the quarter and narrowed its earnings forecast for the year.

Lilly also said Wednesday that the U.S. Food and Drug Administration will give its stomach cancer treatment ramucirumab a priority review, which means the drugmaker will learn about its fate inside of eight months rather than a year, which is the norm.

Eli Lilly and Co. announced that results from the Phase 3 REGARD trial of ramucirumab (IMC-1121B) as a single agent in patients with advanced gastric cancer who have had disease progression after initial chemotherapy were published today in The Lancet. REGARD is the first Phase 3 study with either a single-agent biologic or an anti-angiogenic therapy to show improved overall survival and progression-free survival in advanced gastric cancer patients.

Ramucirumab (IMC-1121B)[1] is a fully human monoclonal antibody (IgG1) being developed for the treatment of solid tumors. It is directed against the vascular endothelial growth factor receptor 2 (VEGFR2). By binding to VEGFR2 it works as a receptor antagonist blocking the binding of vascular endothelial growth factor (VEGF) to VEGFR2. VEGFR2 is known to mediate the majority of the downstream effects of VEGF inangiogenesis.

Ramucirumab is being tested in several phase III clinical trials for the treatment of metastatic gastric adenocarcinoma,[2] non-small cell lung cancer,[3] among other types of cancer. On September 26, 2013 Eli Lilly announced that its Phase III study for ramucirumab failed to hit its primary endpoint on progression-free survival among women with metastatic breast cancer.[4][5]

This drug was developed by ImClone Systems Inc. It was isolated from a native phage display library from Dyax.