Evacetrapib is a drug under development by Eli Lilly & Company (investigational name LY2484595) that inhibits cholesterylester transfer protein, which transfers and thereby increases high-density lipoprotein and lowers low-density lipoprotein. It is thought that modifying lipoprotein levels modifies the risk of cardiovascular disease.[1]

The first CETP inhibitor, torcetrapib, was unsuccessful because it increased levels of the hormone aldosterone and increased blood pressure,[2] which led to excess cardiac events when it was studied.[2] Evacetrapib does not have the same effect.[1] When studied in a small clinical trial in people with elevated LDL and low HDL, significant improvements were noted in their lipid profile.[3]

Evacetrapib is one of two CETP inhibitors currently being evaluated (the other being anacetrapib).[1] Two other CETP inhibitors (torcetrapib and dalcetrapib) were discontinued during trials due to increased deaths and little identifiable cardiovascular benefit (despite substantial increases in HDL). Some hypothesize that CETP inhibitors may still be useful in the treatment of dyslipidemia, though significant caution is warranted.[2]

trans-4-[[(5S)-5-[[[3 ,5- bis(trifluoromethyl)phenyl]methyl] (2-methyl-2H-tetrazol-5-yl)amino]-2, 3,4,5- tetrahydro-7,9-dimethyl- IH- 1 -benzazepin- 1 -yl]methyl]-cyclohexanecarboxylic acid, (identified according to its Chemical Abstracts Index Name (referred to herein as BCCA) having the structure of Formula I illustrated below, and pharmaceutically acceptable salts of this compound. 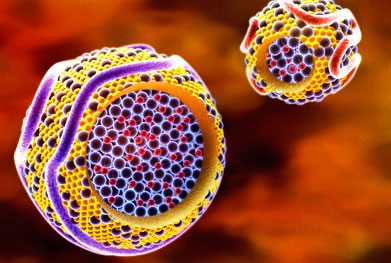 Development of a Hydrogenative Reductive Amination for the Synthesis of Evacetrapib: Unexpected Benefits of Water

Michael O. Frederick, Scott A. Frank, Jeffrey T. Vicenzi, Michael E. LeTourneau, K. Derek Berglund, Adler W. Edward, and Charles A. Alt
organic process research and development
pp 546–551
DOI: 10.1021/op500025v
For the synthesis of cholesteryl ester transfer protein (CETP) inhibitor evacetrapib, a hydrogenative reductive amination was chosen to join the substituted cyclohexyl subunit to the benzazepine core. The addition of water, which suppressed undesired epimerization without affecting the rate of product formation, was key to the reaction’s success. The process was scaled to produce more than 1100 kg of material.