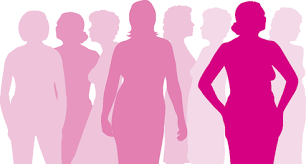 Approved in July in U.S., EU for advanced hormone-receptor-positive (HR+) and human epidermal growth factor Receptor 2-negative (HER2-) metastatic breast cancer with exemestane in postmenopausal women who have already received certain other medicines for their cancer

Approved earlier for adults with pancreatic neuroendocrine tumors (PNET) that cannot be treated with surgery; adults with advanced renal cell carcinoma (RCC) when certain other medicines have not worked; adults with angiomyolipoma, seen with tuberous sclerosis complex (TSC), when surgery is not required immediately; and adults and children with TSC who have a brain tumor called subependymal giant cell astrocytoma (SEGA) that cannot be removed completely by surgery 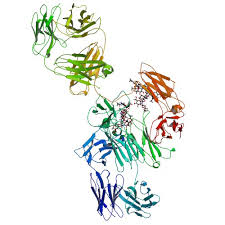 Approved for metastatic colorectal cancer (mCRC) when started with the first or second intravenous 5-FU–based chemotherapy for metastatic cancer; advanced nonsquamous non-small-cell lung cancer (NSCLC) with carboplatin and paclitaxel in people who have not received chemotherapy for their advanced disease; metastatic RCC (mRCC) with interferon alfa; and GBM in adult patients whose cancer has progressed after prior treatment. Effectiveness based on tumor response, as no data have shown whether Avastin improves disease-related symptoms or survival in people previously treated for GBM

Sponsor: Roche, in partnership with Halozyme

Method of Action: Humanized monoclonal antibody designed to target and block the function of HER2+

Approved for early-stage HER2+ breast cancer that has spread into the lymph nodes, and HER2+ breast cancer that has not spread into the lymph nodes and is estrogen receptor/progesterone receptor-negative (ER-/PR-) or have one high-risk feature. High-risk is defined as estrogen receptor/progesterone receptor-positive (ER+/PR+) with one of the following features: tumor size >2 cm, age <35 years, or tumor grade 2 or 3. Can be used with Adriamycin® (doxorubicin), Cytoxan® (cyclophosphamide), and either Taxol® (paclitaxel) or Taxotere® (docetaxel); or with Taxotere and Paraplatin® (carboplatin); or alone after treatment with multiple other therapies, including an anthracycline (Adriamycin)-based chemotherapy

Indications/Phase of Trial: EU: With Herceptin and docetaxel chemotherapy for previously-untreated HER2+ mBC or locally recurrent, inoperable breast cancer in patients who have not received previous treatment or whose disease has returned after treatment in the early-stage setting (Registration)

U.S.: Approved June 2012 for HER2+ mBC with Herceptin (trastuzumab) and docetaxel, in patients who have not received prior anti-HER2 therapy or chemotherapy for metastatic disease

Switzerland: Approved August 2012 for HER2+ breast cancer with Herceptin (trastuzumab) and docetaxel in patients with advanced or locally recurring breast cancer that has not previously been treated with chemotherapy Method of Action: Antibody-drug conjugate, consisting of the antibody trastuzumab and the chemotherapy DM1 attached via a stable linker

Indications/Phase of Trial: U.S.: HER2+, unresectable locally-advanced or mBC who have received prior treatment with Herceptin (trastuzumab) and a taxane chemotherapy (Registration; Priority review approved Nov. 7; action date Feb. 26, 2013) Sponsor: Amgen, with commercialization by GlaxoSmithKline in countries where Amgen has no presence

Method of Action: Fully human monoclonal antibody that specifically targets a ligand known as RANKL that binds to a receptor known as RANK

Approved for prevention of fractures in men with advanced prostate cancer

Method of Action: Binds to minor groove of DNA, interfering with the cell division and gene transcription processes, as well as DNA’s repair machinery

Sponsor: Medivation in collaboration with Astellas

Approved Aug. 31 for patients with metastatic CRPC who have previously received docetaxel. As a post-marketing requirement, Medivation and Astellas agreed to conduct an open-label safety study of Xtandi (160 mg/day) in patients at high risk for seizure, with data to be submitted to FDA in 2019