Flow Chemistry: Recent Developments in the Synthesis of Pharmaceutical Products

Recently, application of the flow technologies for the preparation of fine chemicals, such as natural products or Active Pharmaceutical Ingredients (APIs), has become very popular, especially in academia. Although pharma industry still relies on multipurpose batch or semibatch reactors, it is evident that interest is arising toward continuous flow manufacturing of organic molecules, including highly functionalized and chiral compounds. Continuous flow synthetic methodologies can also be easily combined to other enabling technologies, such as microwave irradiation, supported reagents or catalysts, photochemistry, inductive heating, electrochemistry, new solvent systems, 3D printing, or microreactor technology. This combination could allow the development of fully automated process with an increased efficiency and, in many cases, improved sustainability. It has been also demonstrated that a safer manufacturing of organic intermediates and APIs could be obtained under continuous flow conditions, where some synthetic steps that were not permitted for safety reasons can be performed with minimum risk. In this review we focused our attention only on very recent advances in the continuous flow multistep synthesis of organic molecules which found application as APIs, especially highlighting the contributions described in the literature from 2013 to 2015, including very recent examples not reported in any published review. Without claiming to be complete, we will give a general overview of different approaches, technologies, and synthetic strategies used so far, thus hoping to contribute to minimize the gap between academic research and pharmaceutical manufacturing. A general outlook about a quite young and relatively unexplored field of research, like stereoselective organocatalysis under flow conditions, will be also presented, and most significant examples will be described; our purpose is to illustrate all of the potentialities of continuous flow organocatalysis and offer a starting point to develop new methodologies for the synthesis of chiral drugs. Finally, some considerations on the perspectives and the possible, expected developments in the field are briefly discussed.

Two examples out of several in the publication discussed below……………

Scheme 1. Continuous Flow Synthesis of Diphenhydramine Hydrochloride
Diphenhydramine hydrochloride is the active pharmaceutical ingredient in several widely used medications (e.g., Benadryl, Zzzquil, Tylenol PM, Unisom), and its worldwide demand is higher than 100 tons/year.
In 2013, Jamison and co-workers developed a continuous flow process for the synthesis of 3minimizing waste and reducing purification steps and production time with respect to existing batch synthetic routes (Scheme 1). In the optimized process, chlorodiphenylmethane 1 and dimethylethanolamine 2 were mixed neat and pumped into a 720 μL PFA tube reactor (i.d. = 0.5 mm) at 175 °C with a residence time of 16 min. Running the reaction above the boiling point of 2and without any solvent resulted in high reaction rate. Product 3, obtained in the form of molten salt (i.e., above the melting point of the salt), could be easily transported in the flow system, a procedure not feasible on the same scale under batch conditions.
The reactor outcome was then combined with preheated NaOH 3 M to neutralize ammonium salts. After quenching, neutralized tertiary amine was extracted with hexanes into an inline membrane separator. The organic layer was then treated with HCl (5 M solution in iPrOH) in order to precipitate diphenhydramine hydrochloride 3 with an overall yield of 90% and an output of 2.4 g/h.

Scheme 2. Continuous Flow Synthesis of Olanzapine
Atypical antipsychotic drugs differ from classical antipsychotics because of less side effects caused (e.g., involuntary tremors, body rigidity, and extrapyramidal effects). Among atypical ones, olanzapine 10, marketed with the name of Zyprexa, is used for the treatment of schizophrenia and bipolar disorders.
In 2013 Kirschning and co-workers developed the multistep continuous flow synthesis of olanzapine 10 using inductive heating (IH) as enabling technology to dramatically reduce reaction times and to increase process efficiency.(16) Inductive heating is a nonconventional heating technology based on the induction of an electromagnetic field (at medium or high frequency depending on nanoparticle sizes) to magnetic nanoparticles which result in a very rapid increase of temperature.As depicted in Scheme 2 the first synthetic step consisted of coupling aryl iodide 4 and aminothiazole 5 using Pd2dba3 as catalyst and Xantphos as ligand. Buchwald–Hartwig coupling took place inside a PEEK reactor filled with steel beads (0.8 mm) and heated inductively at 50 °C (15 kHz). AcOEt was chosen as solvent since it was compatible with following reaction steps. After quenching with distilled H2O and upon in-line extraction in a glass column, crude mixture was passed through a silica cartridge in order to remove Pd catalyst. Nitroaromatic compound 6 was then subjected to reduction with Et3SiH into a fixed bed reactor containing Pd/C at 40 °C. Aniline 7 was obtained in nearly quantitative yield, and the catalyst could be used for more than 250 h without loss of activity. The reactor outcome was then mixed with HCl (0.6 M methanol solution) and heated under high frequency (800 kHz) at 140 °C. Acid catalyzed cyclization afforded product 8 with an overall yield of 88%. Remarkably, the three step sequence did not require any solvent switch, and the total reactor volume is about 8 mL only.
The final substitution of compound 8 with piperazine 9 was carried out using a 3 mL of PEEK reactor containing MAGSILICA as inductive material and silica-supported Ti(OiPr)4 as Lewis acid. Heating inductively the reactor at 85 °C with a medium frequency (25 kHz) gave Olanzapine 10 in 83% yield.

Flow Chemistry: Recent Developments in the Synthesis of Pharmaceutical Products 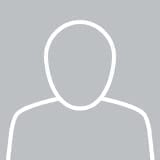 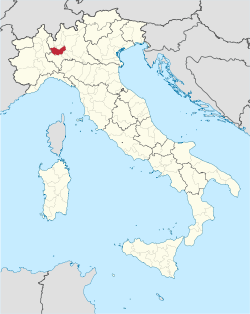