“After learning about the use of edaravone to treat ALS in Japan, we rapidly engaged with the drug developer about filing a marketing application in the United States,” said Eric Bastings, M.D., deputy director of the Division of Neurology Products in the FDA’s Center for Drug Evaluation and Research. “This is the first new treatment approved by the FDA for ALS in many years, and we are pleased that people with ALS will now have an additional option.”

ALS is a rare disease that attacks and kills the nerve cells that control voluntary muscles. Voluntary muscles produce movements such as chewing, walking, breathing and talking. The nerves lose the ability to activate specific muscles, which causes the muscles to become weak and leads to paralysis. ALS is progressive, meaning it gets worse over time. The Centers for Disease Control and Prevention estimates that approximately 12,000-15,000 Americans have ALS. Most people with ALS die from respiratory failure, usually within three to five years from when the symptoms first appear.

The efficacy of edaravone for the treatment of ALS was demonstrated in a six-month clinical trial conducted in Japan. In the trial, 137 participants were randomized to receive edaravone or placebo. At Week 24, individuals receiving edaravone declined less on a clinical assessment of daily functioning compared to those receiving a placebo.

Radicava is also associated with serious risks that require immediate medical care, such as hives, swelling, or shortness of breath, and allergic reactions to sodium bisulfite, an ingredient in the drug. Sodium bisulfite may cause anaphylactic symptoms that can be life-threatening in people with sulfite sensitivity.

The FDA granted this drug orphan drug designation, which provides incentives to assist and encourage the development of drugs for rare diseases. 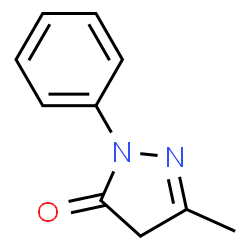 Edaravone (brand name ラジカット, Radicut) is a nootropic and neuroprotective agent used for the purpose of aiding neurological recovery following acute brain ischemia and subsequent cerebral infarction.[1] It acts as a potent antioxidant and strongly scavenges free radicals, protecting against oxidative stress and neuronal apoptosis.[2][3][4] It has been marketed solely in Japan by Mitsubishi Pharma since 2001.[1] It is also marketed in India by Edinburgh Pharmaceuticals by the brand name Arone.

On June 26, 2015, Mitsubishi Tanabe Pharma Corporation announced it has received approval to market Radicut for treatment of ALS in Japan. The phase III clinical trial began in 2011 in Japan. The company was awarded Orphan Drug Designation for Radicut by the FDA and EU in 2015. Radicut is an intravenous drug and administrated 14 days followed by 14 days drug holiday.

The biotech company Treeway is developing an oral formulation of edaravone (TW001) and is currently in clinical development. Treeway was awarded orphan drug designation for edaravone by the EMA in November 2014 and FDA in January 2015.

Edaravone has been shown to attenuate methamphetamine– and 6-OHDA-induced dopaminergic neurotoxicity in the striatum and substantia nigra, and does not affect methamphetamine-induced dopamine release or hyperthermia.[5][6] It has also been demonstrated to protect against MPTP-mediated dopaminergic neurotoxicity to the substantia nigra, though notably not to the striatum.[7][8][9]

Edaravone (CAS NO.: 89-25-8), with other name of 3-Methyl-1-phenyl-2-pyrazolin-5-one, could be produced through many synthetic methods.

Following is one of the synthesis routes: By direct cyclization of phenylhydrazine (I) with ethyl acetoacetate (II) in refluxing ethanol. 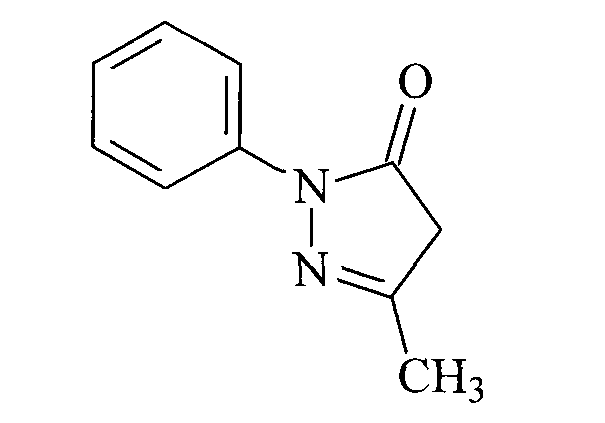 For the synthesis of edaravone reported some use of benzene and methyl ethyl ketone amide corpus obtained, but methyl ethyl ketone amide difficult to obtain and slow reaction, which now has basically been abandoned; some use benzene corpus and ethyl acetoacetate in ethanol (see US4857542A, Synthesis Example 1) or water (Dykhanov NN Ethyl and butyl acetoacetates, Med Prom SSSR, 1961,15 (1):. 42-45) refluxing the reaction of the reaction The resulting purity edaravone poor, and the yield is not high, only about 70%.

edaravone is a clear cerebral infarction harmful factors (free radicals), protection of new therapeutic agents for cerebral infarction nerve cells. Clinical studies have shown that N- acetyl aspartate (NAA) is a specific sign of the survival of nerve cells, dramatically reducing the initial content of cerebral infarction. When patients with acute cerebral infarction Edaravone, peri-infarct rCBF decrease has improved, and the first 28 days after the onset of brain NAA content was significantly higher than that in the control group glycerol. Mechanism studies suggest that edaravone can clear the brain is highly cytotoxic hydroxyl radicals, inhibiting the synthesis of lipids free radicals, which can suppress brain infarction after reperfusion edema, protecting brain from damage and improve nerve impairment symptoms, and the delayed neuronal death inhibition, to protect the brain.

The first is by phenylhydrazine and methyl ethyl ketone amide (National API process compilation, 1980.737-739) condensation reaction in water at 50 ° C, a yield of up to 97%, but the raw material ketone amide ( CH3C0CH2C0NH2) are not readily available. Formula I

Edaravone synthetic route for the reaction:

[0008] The second is to phenylhydrazine and ethyl acetoacetate in ethanol or water at reflux the reaction, sodium bisulfite as the preparation of the catalyst. From the perspective of the chemical reaction, acetyl ethyl ketone amide more than hydrazine reacted with benzene and ethyl acetoacetate more readily available, the price is cheaper, but lower reaction yield of about 70%. Formula 2 for the synthesis route Edaravone reaction formula:

[0029] (2) To the reaction solution was added dropwise 13g of ethyl acetoacetate (lOOmmol), the reaction exotherm, the reaction was heated to reflux for 2.5 hours, heating was stopped, cooled to room temperature with stirring, filtered and dried to give a pale yellow granular crude 16. 7g;

[0033] (2) To the reaction solution was added dropwise 19g of ethyl acetoacetate (146mm0l), the reaction exotherm, the reaction was heated to reflux for 3 hours, heating was stopped, cooled to room temperature with stirring, filtered and dried to give a pale yellow granular crude 24. Sg;

[0025] b. To the above solution was slowly added dropwise ethyl acetoacetate 5.85g (45mmol), the reaction exotherm, was added 1.5g sodium dithionite (Na2S2O6), heated to 105 ° C to room temperature until reflux After 3h, heating was stopped, and then stirred, cooling, filtration, and dried to give a pale yellow granular edaravone crude.

[0026] c. With anhydrous ethanol recrystallization, filtration, and dried to obtain a white crystalline powder that is refined edaravone, 85% yield, 99.2% purity 0

[0028] a. Weigh 6.8g phenylhydrazine hydrochloride (47mmol), was added under stirring to water containing 45mL round-bottomed flask, the pH of the solution adjusted to 6.0 with aqueous ammonia.

[0029] b. To the above solution was slowly added dropwise ethyl acetoacetate 5.85g (45mmol), the reaction exotherm, 1.25g was added sodium dithionite (Na2S2O6), heated to 105 ° C to room temperature until reflux After 3h, heating was stopped, and then stirred, cooling, filtration, and dried to give a pale yellow granular edaravone crude.

[0030] c. With anhydrous ethanol recrystallization, filtration, and dried to obtain a white crystalline powder that is refined edaravone, 84% yield, with a purity of 99.2%. [0031] Comparative Example:

Under the [0032] state of agitation will phenylhydrazine 10.2g (94mmol) added to a round bottom flask equipped with IOOmL water in an appropriate amount of concentrated hydrochloric acid was dubbed the volume ratio of 1: 1 aqueous hydrochloric acid, with a PH adjusting pH of the solution was measured 6.0. After weighing Ethylacetoacetate 11.7g (90mmol) added to the reaction mixture, the reaction was exothermic and cooling to room temperature, sodium bisulfite (NaHSO3), heated to 105 ° C under reflux for 3h, the hot solution Water was added into the beaker and mechanical stirring, cooling, filtration, and dried to give the yellow edaravone crude, 73% yield, with a purity of 99.1%.

These values are in accordance with the previous published in literature1 .

In the carbon spectrum in DMSO presented in Figure SM 4.2.3.1.8 is evident the presence of the two major tautomeric structures of edaravone, signals are identified by different colours in both structures in the figure. Also in the IR analysis of the solid material (Figure SM 4.2.3.1.9) is possible to see either the NH form (max/cm-1, 3129), the OH form (max/cm- 1 , 3431) and the C=O (max/cm-1, 1599) of the enol and keto tautomeric forms of edaravone.

We have shown that the short reaction time, in combination with good yields can make microwave assisted reaction of hydrazines with β-ketoesters ideal for a rapid entry to pyrazolones. All the compounds synthesized are characterized by spectroscopic (1H NMR, IR and MS) data. While determination of tautomeric composition of compound 3 is quite challenging as eight possible tautomeric forms need to be considered, interestingly, two major tautomeric forms of compound 3a was observed in two different solvents. For example, it exists as 1,2-dihydro pyrazolone (T-1, Figure 2) in DMSO and 2,4-dihydro form (T-2, Figure 2) in chloroform as indicated by 1H NMR spectra (Figure 3). The olefinic proton of T-1 appeared at 5.36 δ whereas the methylene hydrogens appeared at 3.43 δ in case of T-2. Additionally, the NH proton of T-1 at 11.40 δ was not observed incase of T-2 confirmed the absence of NH in the 2,4-dihydro form. Existence of two major tautomeric forms was also observed in case compound 3b (see 1H NMR data in the experimental section). However, X-ray study on single crystal of 2-(4-chlorophenyl)-5-methyl-1,2-dihydro pyrazol-3-one (3i) indicates that 2-aryl pyrazol-3-ones e.g. 3a-b, 3e-f and 3i exist as 1,2-dihydro form in crystal state. 27 It is mention worthy that the aryl ring of all these 2-aryl pyrazol-3-ones remain twisted with respect to the pyrazole plane as indicated by the crystallographic data of 3i [the dihedral angle between the pyrazole and benzene ring planes was found to be 15.81 (11)º].27