From Wikipedia, the free encyclopedia

Actoxumab and bezlotoxumab are fully human monoclonal antibodies which bind Clostridium difficile (C diff) toxins A and B, respectively.

This drug, along with actoxumab, was developed through Phase II efficacy trials by a partnership between Medarex Inc and MassBiologics of the University of Massachusetts Medical School.[2] The project was then licensed to Merck Sharp & Dohme Corp for further development and commercialization.[3]

A Phase III trial only showed a benefit from bezlotoxumab; the combination of actoxumab and bezlotoxumab worked no better to prevent recurrence of C.difficile associated diarrhea than bezlotoxumab alone.[4]

On June 9, 2016, the US FDA’s Antimicrobial Drugs Advisory Committee (formerly known as the Anti-Infective Drugs Advisory Committee)[5] met to discuss bezlotoxumab and voted to recommend approval of Merck’s license application by a vote of 10 to 5, generally expressing a willingness to accept that the trials had proven that bezlotoxumab decreased recurrence of C.diff overall while tempering this acceptance with a robust discussion of whether or not the drug provide more marked benefit in some patient groups and concern over a potential safety signal in the group treated with bezlotoxumab. The data suggested that bezlotoxumab might have the most benefit in sicker, high-risk patients but did show a statistical benefit in all patient subgroups. Although the patient population as a whole contained many very sick individuals and thus there were many adverse events in both the subjects receiving placebo and those receiving bezlotoxumab, the panel focused on a small number of serious events in patients with pre-existing congestive heart failure. In this subset the patients receiving bezlotoxumab appeared to have a higher rate of negative outcomes than the placebo group, although there many have been imbalance in how sick the patients in those groups were.[6][7]

Bezlotoxumab gained FDA approval in October 2016: “indicated to reduce the recurrence of Clostridium difficile infection (CDI) in patients 18 years of age or older who are receiving antibiotics for CDI and are at high risk for recurrence.”[9] 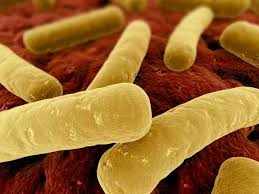