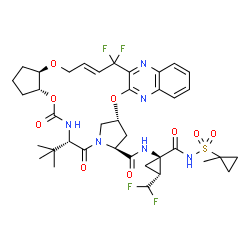 HCV is the principal cause of non-A, non-B hepatitis and is an increasingly severe public health problem both in the developed and developing world. It is estimated that the virus infects over 200 million people worldwide, surpassing the number of individuals infected with the human immunodeficiency virus (HIV) by nearly five fold. HCV infected patients, due to the high percentage of individuals inflicted with chronic infections, are at an elevated risk of developing cirrhosis of the liver, subsequent hepatocellular carcinoma and terminal liver disease. HCV is the most prevalent cause of hepatocellular cancer and cause of patients requiring liver transplantations in the western world.

There are considerable barriers to the development of anti-HCV therapeutics, which include, but are not limited to, the persistence of the virus, the genetic diversity of the virus during replication in the host, the high incident rate of the virus developing drug-resistant mutants, and the lack of reproducible infectious culture systems and small-animal models for HCV replication and pathogenesis. In a majority of cases, given the mild course of the infection and the complex biology of the liver, careful consideration must be given to antiviral drugs, which are likely to have significant side effects.

Only two approved therapies for HCV infection are currently available. The original treatment regimen generally involves a 3-12 month course of intravenous interferon-α (IFN-α), while a new approved second-generation treatment involves co-treatment with IFN-α and the general antiviral nucleoside mimics like ribavirin. Both of these treatments suffer from interferon related side effects as well as low efficacy against HCV infections. There exists a need for the development of effective antiviral agents for treatment of HCV infection due to the poor tolerability and disappointing efficacy of existing therapies.

In a patient population where the majority of individuals are chronically infected and asymptomatic and the prognoses are unknown, an effective drug would desirably possess significantly fewer side effects than the currently available treatments. The hepatitis C non-structural protein-3 (NS3) is a proteolytic enzyme required for processing of the viral polyprotein and consequently viral replication. Despite the huge number of viral variants associated with HCV infection, the active site of the NS3 protease remains highly conserved thus making its inhibition an attractive mode of intervention. Recent success in the treatment of HIV with protease inhibitors supports the concept that the inhibition of NS3 is a key target in the battle against HCV.

HCV is a flaviridae type RNA virus. The HCV genome is enveloped and contains a single strand RNA molecule composed of circa 9600 base pairs. It encodes a polypeptide comprised of approximately 3010 amino acids.

The HCV polyprotein is processed by viral and host peptidase into 10 discreet peptides which serve a variety of functions. There are three structural proteins, C, E1 and E2. The P7 protein is of unknown function and is comprised of a highly variable sequence. There are six non-structural proteins. NS2 is a zinc-dependent metalloproteinase that functions in conjunction with a portion of the NS3 protein. NS3 incorporates two catalytic functions (separate from its association with NS2): a serine protease at the N-terminal end, which requires NS4A as a cofactor, and an ATP-ase-dependent helicase function at the carboxyl terminus. NS4A is a tightly associated but non-covalent cofactor of the serine protease.

The NS3/4A protease is responsible for cleaving four sites on the viral polyprotein. The NS3-NS4A cleavage is autocatalytic, occurring in cis. The remaining three hydrolyses, NS4A-NS4B, NS4B-NS5A and NS5A-NS5B all occur in trans. NS3 is a serine protease which is structurally classified as a chymotrypsin-like protease. While the NS serine protease possesses proteolytic activity by itself, the HCV protease enzyme is not an efficient enzyme in terms of catalyzing polyprotein cleavage. It has been shown that a central hydrophobic region of the NS4A protein is required for this enhancement. The complex formation of the NS3 protein with NS4A seems necessary to the processing events, enhancing the proteolytic efficacy at all of the sites.

A general strategy for the development of antiviral agents is to inactivate virally encoded enzymes, including NS3, that are essential for the replication of the virus. Current efforts directed toward the discovery of NS3 protease inhibitors were reviewed by S. Tan, A. Pause, Y. Shi, N. Sonenberg, Hepatitis C Therapeutics: Current Status and Emerging Strategies, Nature Rev. Drug Discov. 1, 867-881 (2002). 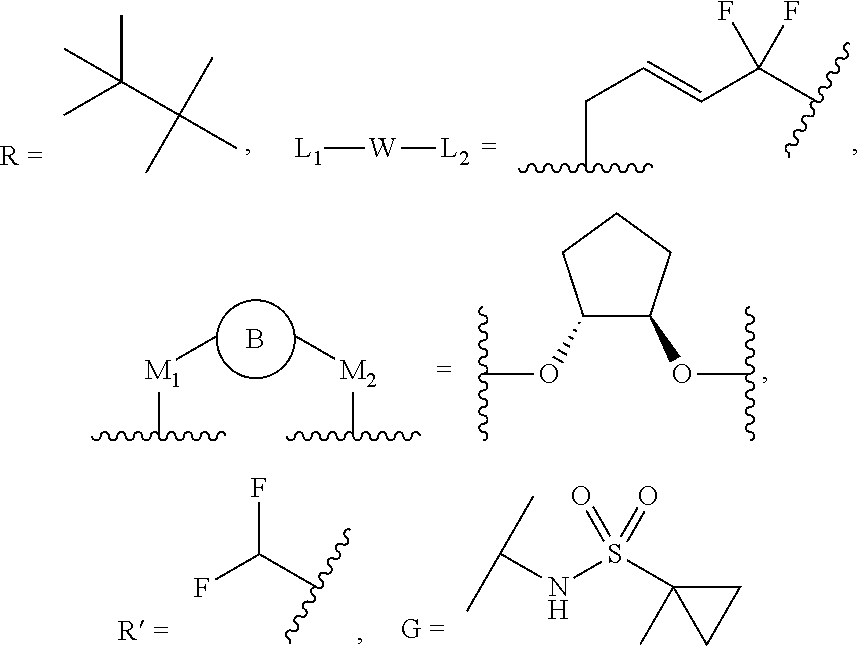 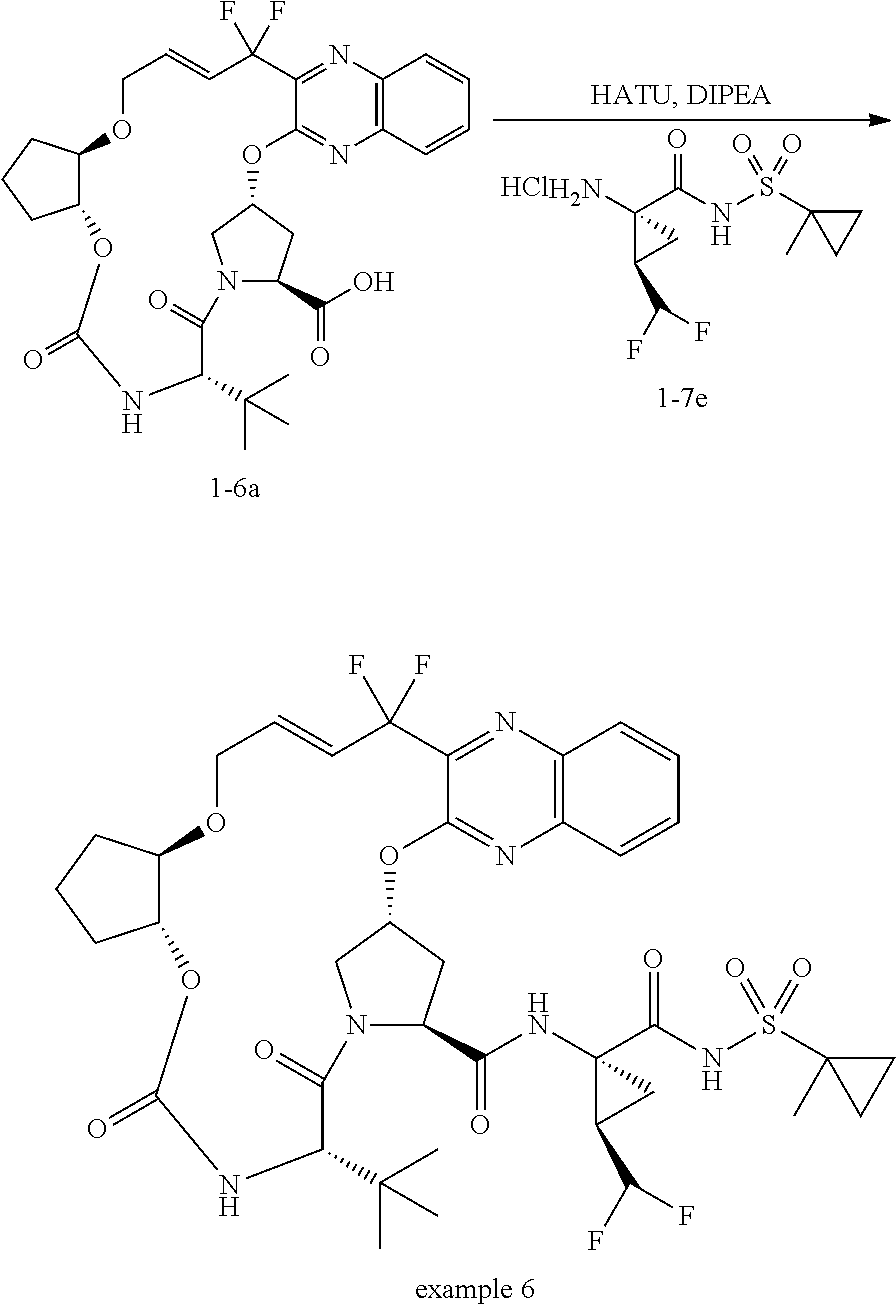 The HCV is a bloodborne virus commonly transmitted through injecting drug use due to the sharing of injection equipment, reuse or inadequate sterilisation of medical equipment, and the transfusion of unscreened blood and blood products.

The designation facilitates the use of AbbVie’s G/P to treat chronic HCV patients who failed previous therapy with direct-acting antivirals (DAAs) in genotype 1 (GT1), including therapy with an NS5A inhibitor and / or protease inhibitor.

“AbbVie is committed to advancing HCV care and addressing areas of continued unmet need for people living with chronic HCV.”

“The FDA’s breakthrough therapy designation is an important step in our effort to bring our pan-genotypic regimen to market, which we are also investigating as an eight-week path to virologic cure for the majority of patients.”

AbbVie said that G/P is currently in Phase III trials evaluating the safety and efficacy of the regimen across all major HCV genotypes (genotypes 1-6).

Figures released by the World Health Organisation revealed that an estimated 700,000 people die each year from hepatitis C-related liver diseases.

There is currently no vaccine for hepatitis C, although research in this area is underway at present.