Numerous small gallstones made up largely of cholesterol.

A gallstone is a crystalline concretion formed within the gallbladder by accretion of bile components. These calculi are formed in the gallbladder but may distally pass into other parts of the biliary tract such as the cystic duct, common bile duct, pancreatic duct, or the ampulla of Vater. Rarely, in cases of severe inflammation, gallstones may erode through the gallbladder into adherent bowel potentially causing an obstruction termed gallstone ileus.

Presence of gallstones in the gallbladder may lead to acute cholecystitis,[2] an inflammatory condition characterized by retention of bile in the gallbladder and often secondary infection by intestinal microorganisms, predominantly Escherichia coli, Klebsiella, Enterobacter, and Bacteroides species.Presence of gallstones in other parts of the biliary tract can cause obstruction of the bile ducts, which can lead to serious conditions such as ascending cholangitis or pancreatitis. Either of these two conditions can be life-threatening and are therefore considered to be medical emergencies 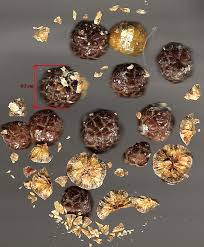 Gallstones may be asymptomatic, even for years. These gallstones are called “silent stones” and do not require treatment.Symptoms commonly begin to appear once the stones reach a certain size (>8 mm). A characteristic symptom of gallstones is a “gallstone attack”, in which a person may experience intense pain in the upper-right side of the abdomen, often accompanied by nausea and vomiting, that steadily increases for approximately 30 minutes to several hours. A patient may also experience referred pain between the shoulder blades or below the right shoulder. These symptoms may resemble those of a “kidney stone attack”. Often, attacks occur after a particularly fatty meal and almost always happen at night, and after drink.

A positive Murphy’s sign is a common finding on physical examination.

Gallstone risk increases for females (especially before menopause) and for people near or above 40 years; the condition is more prevalent among both North and South Amerindians and among those of European descent than among other ethnicities. A lack of melatonin could significantly contribute to gallbladder stones, as melatonin inhibits cholesterol secretion from the gallbladder, enhances the conversion of cholesterol to bile, and is an antioxidant, which is able to reduce oxidative stress to the gallbladder.Researchers believe that gallstones may be caused by a combination of factors, including inherited body chemistry, body weight, gallbladder motility (movement), and perhaps diet. The absence of such risk factors does not, however, preclude the formation of gallstones.

No clear relationship has been proved between diet and gallstone formation; however, low-fiber and high-cholesterol diets have been suggested as contributing to gallstone formation. Other nutritional factors that may increase risk of gallstones include rapid weight loss; constipation; eating fewer meals per day; and low intake of the nutrients folate, magnesium, calcium, and vitamin C. On the other hand, wine and whole-grained bread may decrease the risk of gallstones. Pigment gallstones are most commonly seen in the developing world. Risk factors for pigment stones include hemolytic anemias (such as sickle-cell disease and hereditary spherocytosis), cirrhosis, and biliary tract infections. People with erythropoietic protoporphyria (EPP) are at increased risk to develop gallstones. Additionally, prolonged use of proton pump inhibitors has been shown to decrease gallbladder function, potentially leading to gallstone formation

Diet is the fundamental part in the treatment of gall bladder disorders. In cases of acute gall-bladder inflammation, the patient should fast for two or three days, until the acute condition clears. Nothing but water should be taken during the fast. After the fast, the patient should take carrot, beet, grape fruit, lemon and grape juice for a few days. The diet should contain a sufficient amount of lacto-vegetarian, consisting of raw and cooked vegetables, vegetable juices, and a moderate amount of fruit and seeds. Yogurt, cottage cheese and a tablespoon of olive oil twice a day should also be taken.

Cholesterol gallstones can sometimes be dissolved by oral ursodeoxycholic acid, but it may be necessary for the patient to take this medication for up to two years. Gallstones may recur, however, once the drug is stopped. Obstruction of the common bile duct with gallstones can sometimes be relieved by endoscopic retrograde sphincterotomy (ERS) following endoscopic retrograde cholangiopancreatography (ERCP). Gallstones can be broken up using a procedure called extracorporeal shock wave lithotripsy (often simply called “lithotripsy”), which is a method of concentrating ultrasonic shock waves onto the stones to break them into tiny pieces. They are then passed safely in the feces. However, this form of treatment is suitable only when there is a small number of gallstones.

Cholecystectomy (gallbladder removal) has a 99% chance of eliminating the recurrence of cholelithiasis. Surgery is only indicated in symptomatic patients. The lack of a gallbladder may have no negative consequences in many people. However, there is a portion of the population — between 10 and 15% — who develop a condition called postcholecystectomy syndrome which may cause gastrointestinal distress and persistent pain in the upper-right abdomen, as well as a 10% risk of developing chronic diarrhea.

There are two surgical options for cholecystectomy:

A regimen called a “gallbladder flush” or “liver flush” is a popular remedy in alternative medicine.In this treatment, often self-administered, the patient drinks four glasses of pure apple juice (not cider) and eats five apples (or applesauce) per day for five days, then fasts briefly, takes magnesium, and then drinks large quantities of lemon juice mixed with olive oil before bed. The next morning, they painlessly pass a number of green and brown pebbles purported to be stones flushed from the biliary system. Apples are a source of pectin, which has been shown to sequester bile and facilitate its elimination in the stool.

A brief communication in The Lancet presents a case report of such a treatment where the patient released many soft stones. According to the letter, “At the university hospital the stones were recognized as fatty stones”. In another case report, a patient with ultrasonography-confirmed gallstones drank olive oil and lemon juice, suffered diarrhea and intense abdominal pain, and released several gallstones. After that treatment, the gallbladder was empty, as confirmed by ultrasonography.

On the other hand, a couple of case reports challenge whether the stones retrieved from the stool after the “gallbladder flush” really come from the gallbladder. A New Zealand hospital analyzed stones from a typical gallbladder flush and found them to be composed of fatty acids similar to those in olive oil, with no detectable cholesterol or bile salts, demonstrating that they are little more than hardened olive oil. Despite the gallbladder flush, the patient still required surgical removal of multiple true gallstones. A similar case report in The Lancet,accompanied by a simple chemical experiment, concludes that the observed stones from a typical gallbladder flush actually are a consequence of the flush: they form in the stomach under the action of digestive enzymes on the mix of olive oil and lemon.

Finally, drinking an infusion of “Chanca Piedra“, or “Break Stones” (Phyllanthus niruri), a plant that is native to the Amazon, has long been used in South American traditional medicine to maintain kidney, liver, and gallbladder health and to treat gallstones and kidney stones and jaundice.

Other patients have anecdotally reported that symptoms can be temporarily reduced by drinking several glasses of water when experiencing gallstone pain. There is no known evidence backing this claim, and this approach will not eliminate the gallstones or improve the patient’s condition in the long term

Treatment involves removing the stone using ERCP. Typically, the gallbladder is then removed, an operation called cholecystectomy, to prevent a future occurrence of common bile duct obstruction or other complications

Regular applications of hot and cold fomentations to the abdomen improve the circulation of the liver and gall-bladder. They also stimulate concentrations of the gall-bladder, thereby improving the flow of bile. A cold hip bath improves the general abdominal tone. The pain of gall-stone colic can be relieved by the application of hot packs or fomentation to the upper abdominal area. A warm water enema at body temperature will help eliminate faecal accumulations if the patient is constipated. Exercise is necessary as physical inactivity can lead to lazy gall-bladder type indigestion which may eventually result in the formation of stones. Yogic asanas which are beneficial in toning up the liver and gall-bladder are: sarvangasana, paschimottanasana, salabhasana, dhanurasana and bhujangasana.