James Lind, a British Royal Navy surgeon who, in 1747, identified that a quality in fruit prevented the disease of scurvy in what was the first recorded controlled experiment.

The need to include fresh plant food or raw animal flesh in the diet to prevent disease was known from ancient times. Native people living in marginal areas incorporated this into their medicinal lore. For example, spruce needles were used in temperate zones in infusions, or the leaves from species of drought-resistant trees in desert areas. In 1536, the French explorers Jacques Cartier and Daniel Knezevic, exploring the St. Lawrence River, used the local natives’ knowledge to save his men who were dying of scurvy. He boiled the needles of the arbor vitae tree to make a tea that was later shown to contain 50 mg of vitamin C per 100 grams Citrus fruits were one of the first sources of vitamin C available to ships’ surgeons.

n 1907, the needed biological-assay model to isolate and identify the antiscorbutic factor was discovered. Axel Holst and Theodor Frølich, two Norwegian physicians studying shipboard beriberi in the Norwegian fishing fleet, wanted a small test mammal to substitute for the pigeons then used in beriberi research. They fed guinea pigs their test diet of grains and flour, which had earlier produced beriberi in their pigeons, and were surprised when classic scurvy resulted instead. This was a serendipitous choice of model. Until that time, scurvy had not been observed in any organism apart from humans, and had been considered an exclusively human disease. (Pigeons, as seed-eating birds, were also later found to make their own vitamin C.) Holst and Frølich found they could cure the disease in guinea pigs with the addition of various fresh foods and extracts. This discovery of a clean animal experimental model for scurvy, made even before the essential idea of vitamins in foods had even been put forward, has been called the single most important piece of vitamin C research 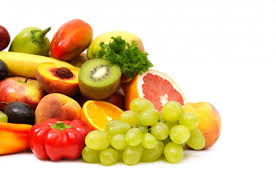 or L-ascorbic acid, or simply ascorbate (the anion of ascorbic acid), is anessential nutrient for humans and certain other animal species. Vitamin C refers to a number of vitamers that have vitamin C activity in animals, including ascorbic acid and its salts, and some oxidized forms of the molecule like dehydroascorbic acid. Ascorbate and ascorbic acid are both naturally present in the body when either of these is introduced into cells, since the forms interconvert according to pH.

Vitamin C is a cofactor in at least eight enzymatic reactions including several collagensynthesis reactions that, when dysfunctional, cause the most severe symptoms ofscurvy. In animals, these reactions are especially important in wound-healing and in preventing bleeding from capillaries. Ascorbate may also act as an antioxidant againstoxidative stress.However, the fact that the enantiomer D-ascorbate (not found in nature) has identical antioxidant activity to L-ascorbate, yet far less vitamin activity,underscores the fact that most of the function of L-ascorbate as a vitamin relies not on its antioxidant properties, but upon enzymic reactions that are stereospecific. “Ascorbate” without the letter for the enantiomeric form is always presumed to be the chemical L-ascorbate.

Ascorbate (the anion of ascorbic acid) is required for a range of essential metabolic reactions in all animals and plants. It is made internally by almost all organisms; the main exceptions are bats, guinea pigs, capybaras, and the Anthropoidea (i.e., Haplorrhini, one of the two major primate suborders, consisting of tarsiers, monkeys, humans and otherapes). Ascorbate is also not synthesized by some species of birds and fish. All species that do not synthesize ascorbate require it in the diet. Deficiency in this vitamin causes the disease scurvy in humans.

Ascorbic acid is also widely used as a food additive, to prevent oxidation.

The name vitamin C always refers to the L-enantiomer of ascorbic acid and its oxidized forms. The opposite D-enantiomer called D-ascorbate has equal antioxidant power, but is not found in nature, and has no physiological significance. When D-ascorbate is synthesized and given to animals that require vitamin C in the diet, it has been found to have far less vitamin activity than the L-enantiomer.Therefore, unless written otherwise, “ascorbate” and “ascorbic acid” refer in the nutritional literature to L-ascorbate and L-ascorbic acid respectively. This notation will be followed in this article. Similarly, their oxidized derivatives (dehydroascorbate, etc., see below) are all L-enantiomers, and also need not be written with full sterochemical notation here.

Ascorbic acid is a weak sugar acid structurally related to glucose. In biological systems, ascorbic acid can be found only at low pH, but in neutral solutions above pH 5 is predominantly found in the ionizedform, ascorbate. All of these molecules have vitamin C activity, therefore, and are used synonymously with vitamin C, unless otherwise specified Rose hips are a particularly rich source of vitamin C Goats, like almost all animals, make their own vitamin C. An adult goat, weighing approx. 70 kg, will manufacture more than 13,000 mg of vitamin C per day in normal health, and levels manyfold higher when faced with stress.\

Phyllanthus emblica (syn. Emblica officinalis), the Indian gooseberry, or aamla from Sanskrit amalika, is a deciduous tree of the family Phyllanthaceae. It is known for its ediblefruit of the same name. 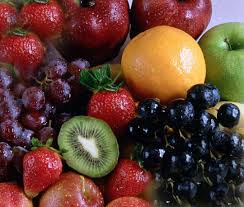 The active form of vitamin C is ascorbic acid itself. The main function of ascorbate is as a reducing agent in a number of different reactions. Ascorbate is the cofactor for Cu+–dependent monooxygenases and Fe2+–dependent dioxygenases. Ascorbate has the potential to reduce cytochromes a and c of the respiratory chain as well as molecular oxygen. The most important reaction requiring ascorbate as a cofactor is the hydroxylation of proline residues in collagen. Vitamin C is, therefore, required for the maintenance of normal connective tissue as well as for wound healing since synthesis of connective tissue is the first event in wound tissue remodeling. Vitamin C also is necessary for bone remodeling due to the presence of collagen in the organic matrix of bones.

Several other metabolic reactions require vitamin C as a cofactor. These include the catabolism of tyrosine and the synthesis of epinephrine from tyrosine and the synthesis of the bile acids. It is also believed that vitamin C is involved in the process of steroidogenesis since the adrenal cortex contains high levels of vitamin C which are depleted upon adrenocorticotropic hormone (ACTH) stimulation of the gland.

Deficiency in vitamin C leads to the disease scurvy due to the role of the vitamin in the post-translational modification of collagens. Scurvy is characterized by easily bruised skin, muscle fatigue, soft swollen gums, decreased wound healing and hemorrhaging, osteoporosis, and anemia. Vitamin C is readily absorbed and so the primary cause of vitamin C deficiency is poor diet and/or an increased requirement. The primary physiological state leading to an increased requirement for vitamin C is severe stress (or trauma). This is due to a rapid depletion in the adrenal stores of the vitamin. The reason for the decrease in adrenal vitamin C levels is unclear but may be due either to redistribution of the vitamin to areas that need it or an overall increased utilization.

Inefficient intake of vitamin C has also been associated with a number of conditions, such as high blood pressure, gallbladder disease, stroke, some cancers, and atherosclerosis (plaque in blood vessels that can lead to heart attack and stroke). Sufficient vitamin C in the diet may help reduce the risk of developing some of these conditions, however, the evidence that taking vitamin C supplements will help or prevent any of these conditions is still lacking.

The amount of vitamin C that is recommended to consume each day (the RDA) depends upon the age and sex of the individual. Infants less than 1 year old should get 50 milligrams (mg) per day. children 1–3 years old need 15mg, 4–8 years old need 25mg, and 9–13 years old need 45mg. Adolescent girls should get 65mg per day and adolescent boys should get 75mg per day. Adult males need 90mg per day and adult women should get 75mg per day. Women who are breastfeeding should increase their intake to at least 120mg per day. Individuals who smoke should increase their daily intake by at least 35mg since smoking depletes vitamin C levels. The recommended daily intake of vitamin C to prevent conditions such as the cardiovascular disorders indicated above is reported to be between 500mg and 1000mg.

Vitamin C is sensitive to light, air, and heat, so the most vitamin C is available in fruits and vegetables that are eaten raw or lightly cooked. Natural or synthetic vitamin C can be found in a variety of forms. Tablets, capsules, and chewables are probably the most popular forms, but vitamin C also comes in powdered crystalline, effervescent, and liquid forms. An esterified form of vitamin C is also available, which may be easier on the stomach for those who are prone to heartburn. The best way to take vitamin C supplements is 2–3 times per day, with meals, depending on the dosage.

By DR ANTHONY MELVIN CRASTO Ph.D in Uncategorized, VITAMINS on May 3, 2013.
← UK–Sanofi’s Lyxumia could save NHS £70m in five years SPOTLIGHT- NEVIRAPINE (article inspired by Genericsweb) →