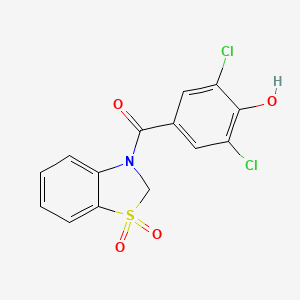 Dotinurad is a urate transporter inhibitor.

Uric acid is produced by metabolizing a purine produced by the degradation of a nucleic acid in the body and adenosine triphosphate (ATP), which is an energy source of the living body, to xanthine, and further undergoes oxidation by xanthine oxidase or xanthine dehydrogenase. In humans, uric acid (dissociation constant pKa = 5.75) is the final metabolite of purines and exists in the body as free forms or salts.

Uric acid is normally excreted in the urine, but when uric acid production exceeds excretion and blood uric acid increases, hyperuricemia occurs. If a state in which the blood level of uric acid exceeds the upper limit of solubility (about 7 mg / dL) continues for a long period of time, crystals of urate (usually sodium salt) precipitate. In the blood, the precipitated crystals deposit on cartilage tissue and joints, form precipitates and become gouty nodules, causing acute gouty arthritis, and then transition to chronic gouty arthritis. When uric acid crystals are precipitated in urine, renal disorders such as interstitial nephritis (gouty kidney), urinary calculi, and the like are caused. After the seizures of acute gouty arthritis have subsided, drug therapy is given along with lifestyle improvement guidance to correct hyperuricemia. Correcting hyperuricemia and appropriately managing uric acid levels are also important in preventing acute gouty arthritis, gouty kidneys, urinary tract stones, and the like.

Under such circumstances, it has been suggested that the treatment for lowering the blood uric acid level may delay the progression of kidney disease and reduce the risk of cardiovascular disease (Non-Patent Documents 5, 8, 13, 14), it has been reported that it should also be applied to asymptomatic hyperuricemia (see Non-Patent Document 14).

Therefore, reducing the blood uric acid level in the above-mentioned diseases is effective for the treatment or prevention of these diseases, and is considered to be important in terms of preventing recurrence of cardiovascular accidents and maintaining renal function.

Among the major uric acid excretion promoters, probenecid is weakly used and is rarely used because of its gastrointestinal tract disorders and interactions with other drugs. On the other hand, severe liver damage has been reported for benzbromarone, which has a strong uric acid excretion promoting action and is widely used in Japan as a uric acid excretion promoting drug (see Non-Patent Document 17). Benzbromarone or its analogs inhibit mitochondrial respiratory chain enzyme complex activity, uncoupling action, respiration inhibition, fatty acid β oxidation inhibition, mitochondrial membrane potential reduction, apoptosis, generation of reactive oxygen species, etc. Has been suggested to be involved in the development of liver damage (see Non-Patent Documents 18 and 19). Hexahydrate, which is the active body of benzbromarone, is also toxic to mitochondria. Furthermore, benzbromarone has an inhibitory action on cytochrome P450 (CYP), which is a drug metabolizing enzyme. In particular, the inhibition against CYP2C9 is very strong, suggesting the possibility of causing a pharmacokinetic drug interaction (non-) (See Patent Documents 20 and 21).

Furthermore, although a nitrogen-containing fused ring compound having a URAT1 inhibitory action, which is a kind of uric acid transporter, and having a structure similar to that of the compound of the present invention is described in JP-A-2006-176505 (Patent Document 1), the effect is sufficient. In addition, no practical uric acid excretion promoter has been developed yet.

Regarding the urinary excretion of drugs, it is assumed that the administered drug is excreted as it is as an unchanged form or converted into an active metabolite and excreted. In the latter case, the active metabolite is produced. There is a risk that the individual difference in the amount becomes large, and in order to obtain stable drug efficacy and safety, a drug excreted as an unchanged substance is more desirable. 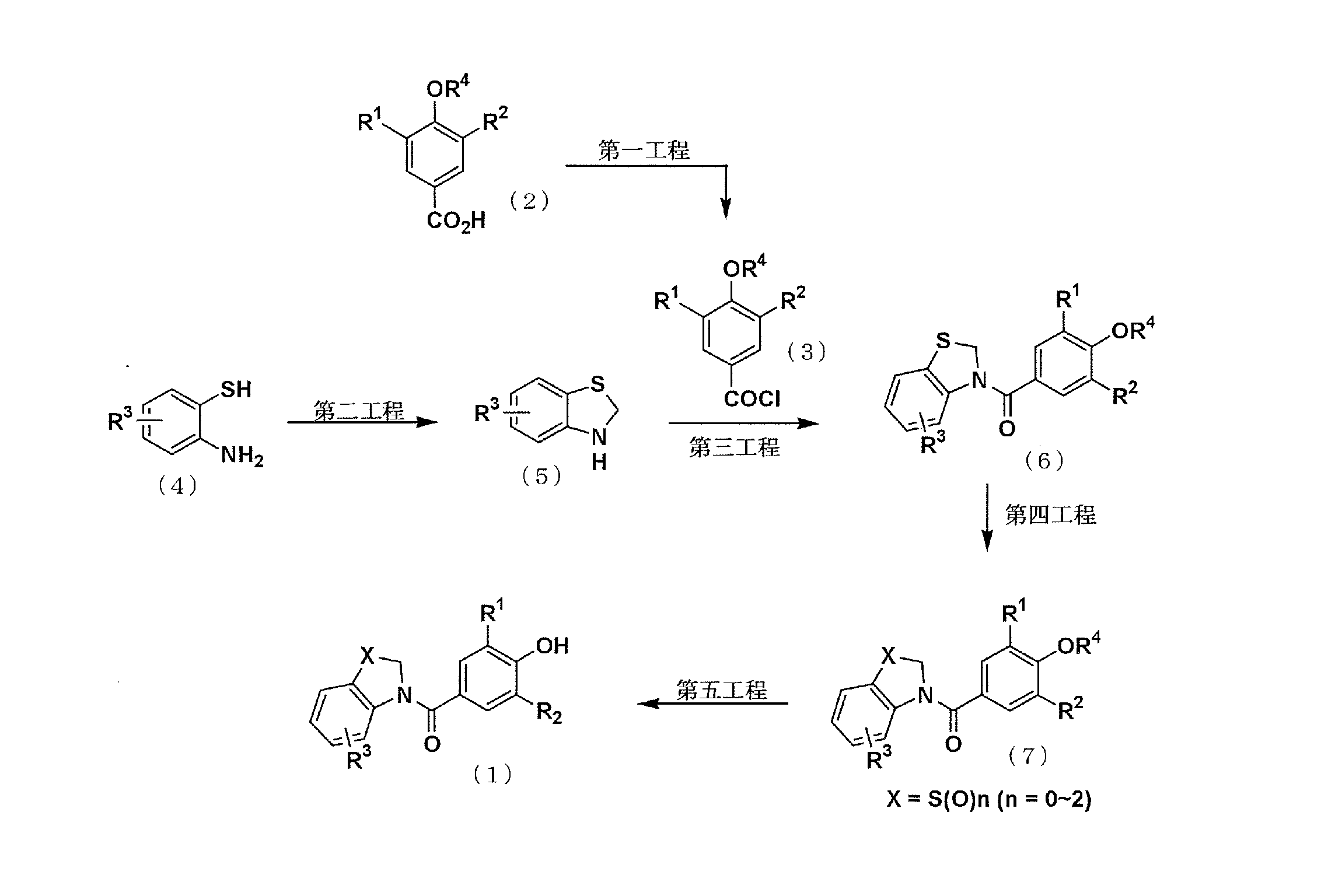 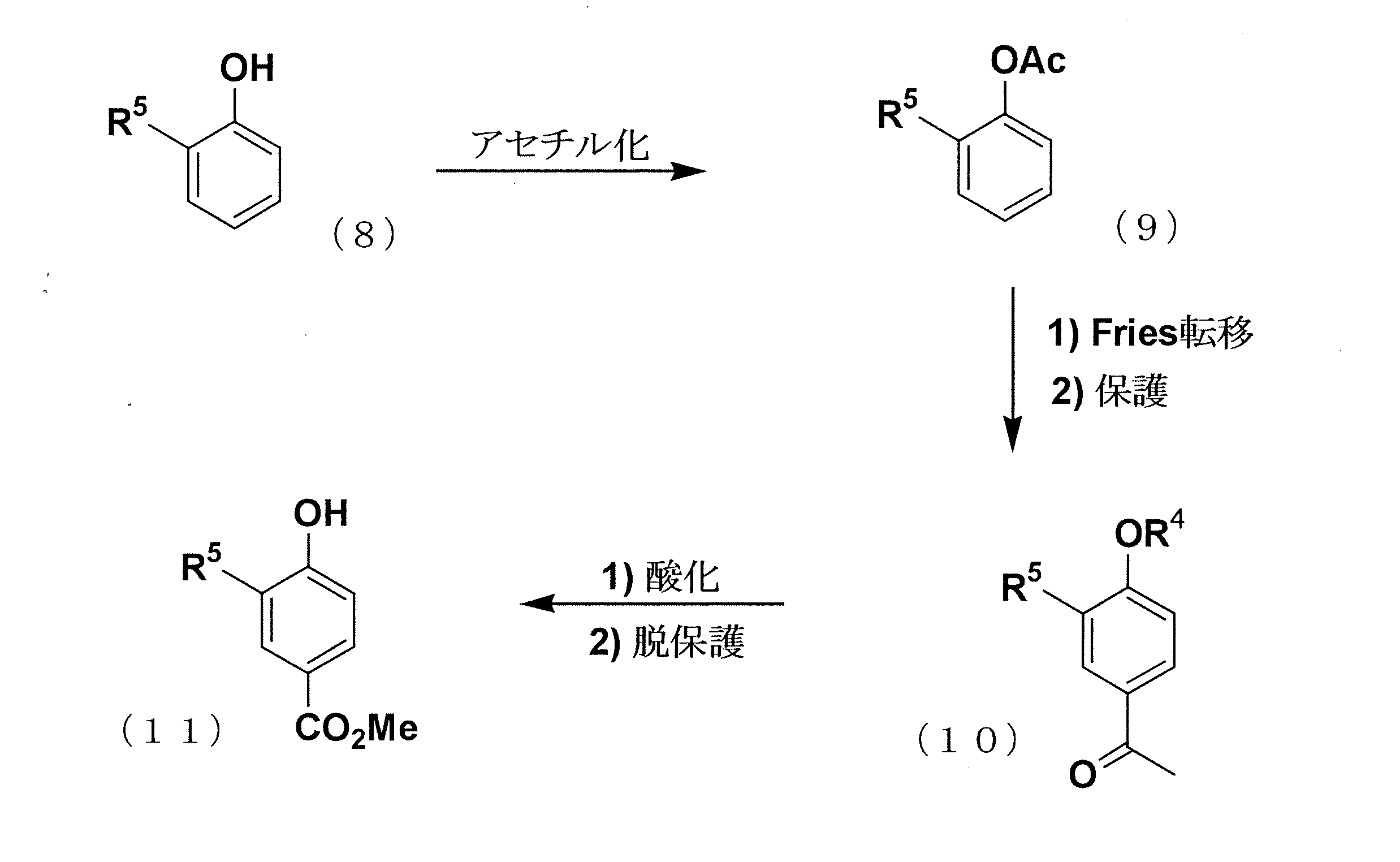 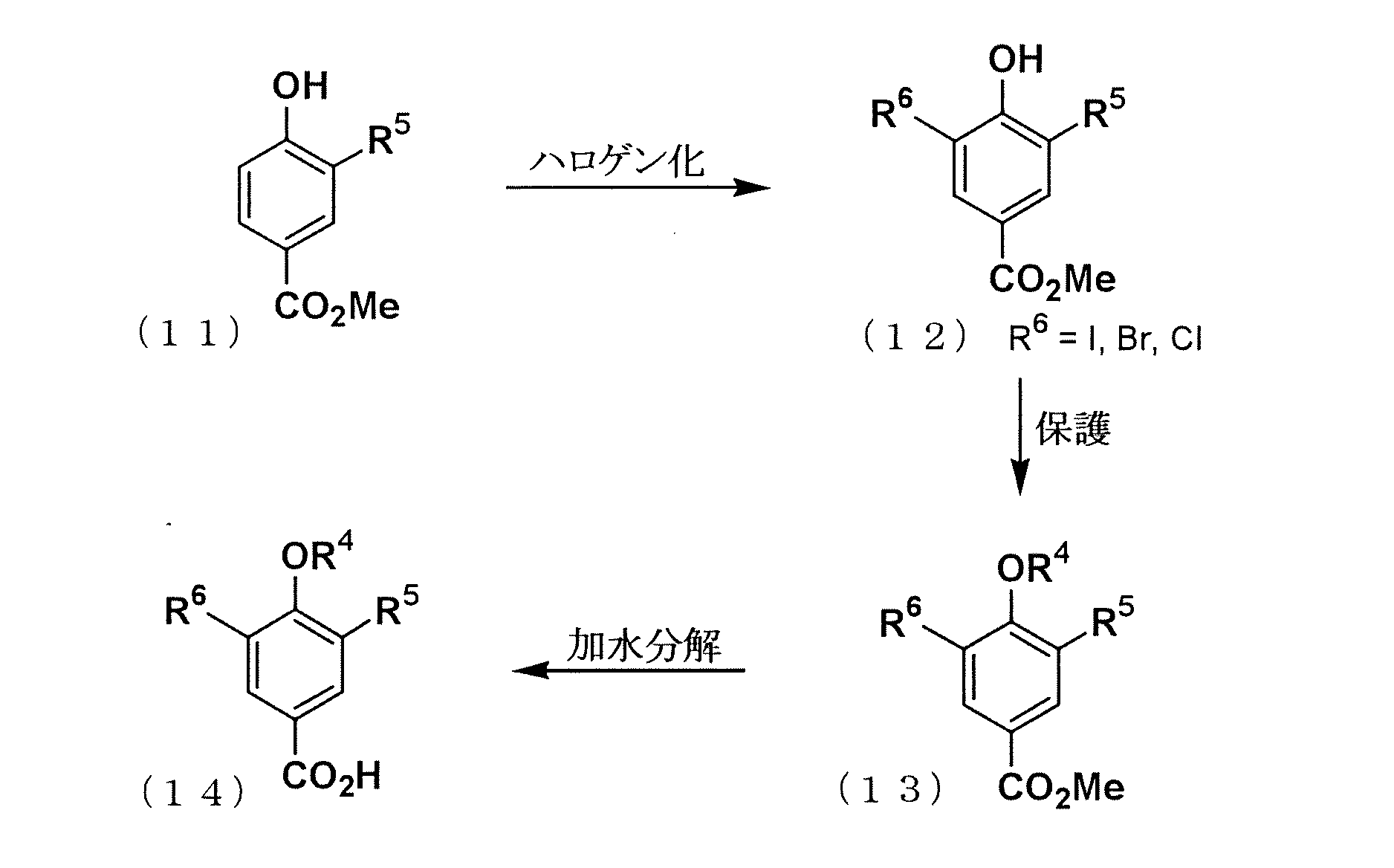 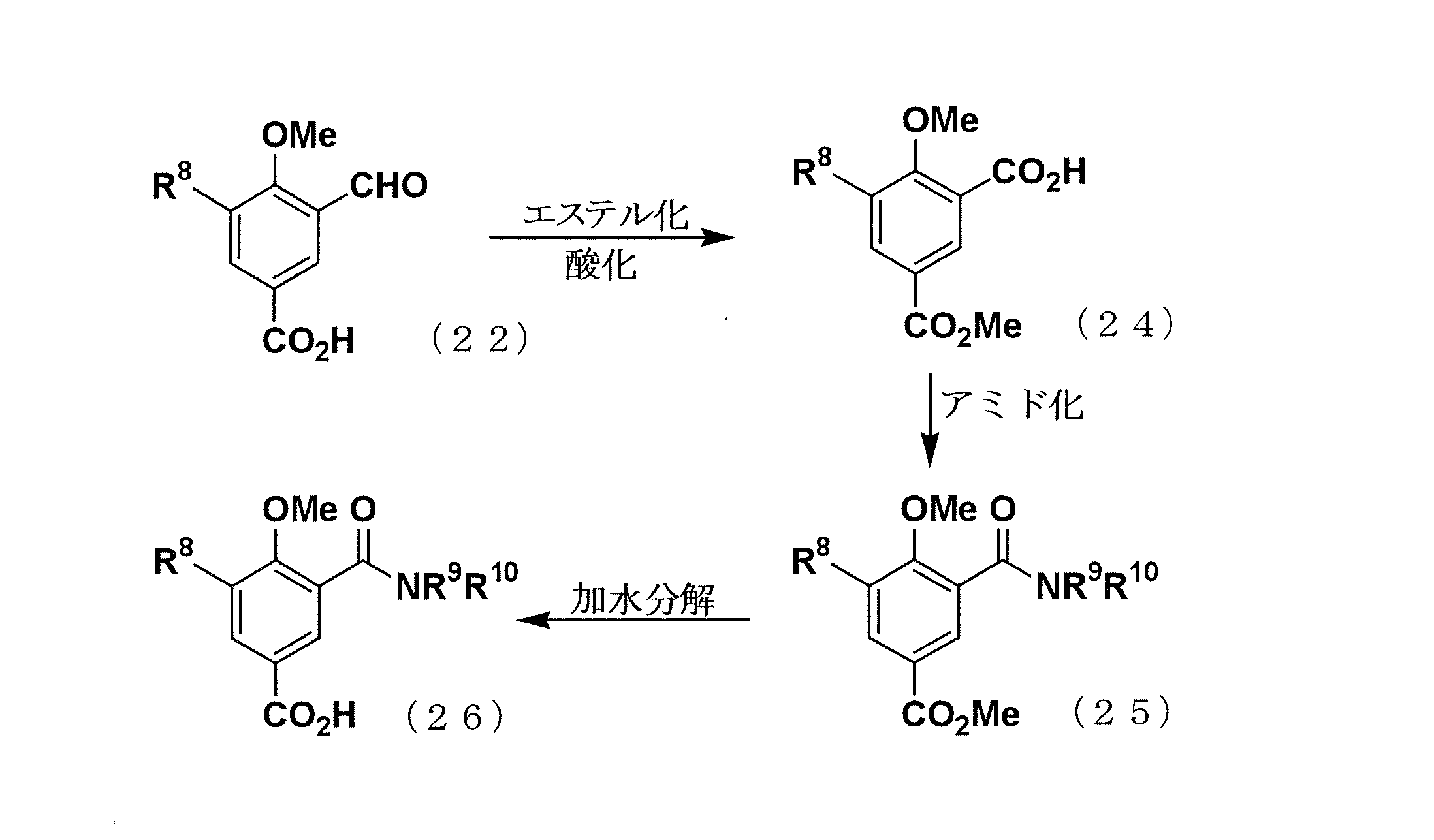