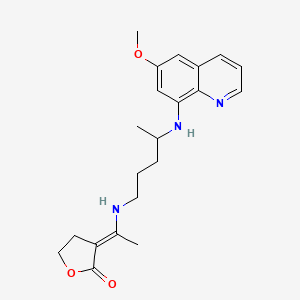 Malaria, caused by a parasitic protozoan called Plasmodium, is one of the most serious and complex tropical parasitic diseases. Generally human malaria is caused by four species of malarial parasites which are Plasmodium falciparwn, Plasmodium vivax, Plasmodium ovale and Plasmodium malariae. Of these P. falciparum and P. vivαx are most widespread and cause most of the mortality and morbidity associated with these types of infections.

It is known that the malarial parasites undergo complex life cycle in humans, which is initiated through the bite of an infected female Anopheles mosquito. When the mosquito bites a host, some of the sporozoites are injected into the bloodstream of the host and through the circulation they reach the liver where they multiply and liberate merozoites into the bloodstream which then invade the erythrocytes. In case of infections caused by P. vivαx, most of the time the parasites remain dormant in the liver which stage is termed hypnozoites. Hypnozoites are reactivated and reinitiate blood stage parasitemias causing relapse. It has often been observed that people infected with P. vivax do not experience any symptoms for a very long period after their initial illness but become symptomatic after certain period (Korean J. Intern Med, 1999 Juk 14(2): 86-9).

Chloroquine has been the effective treatment so far for the P. vivax malarial infections, however, some strains of P. vivax have shown resistance to this well known drug {Ann. Trop. Med. ParasitoL, 1999 Apr; 93(3): 225-230). In recent years drug resistant malaria has become one of the most serious problems in malaria control. Drug resistance necessitates the use of drugs which are more expensive and may have dangerous side effects. To overcome the problems associated with drug resistance, treatments comprising combinations of anti-malarial agents are on the rise. A number of anti-malarial combinations are already known in the malarial chemotherapy. For example, a combination of amodiaquine and tetracycline, a combination of sulfadoxine and pyrimethamine known as fansidar, are known therapies for the treatment of P. falάparum. Also fansimef, a combination of mefloquine with sulfadoxine and pyrimetha min e is used against multidrug resistant strains of P. faldparum.

Another anti-relapse agent namely tafenoquine is disclosed in United States Patent 4 617 394. Though more effective than primaquine, the drug was found to cause methemoglobin toxicity almost three times more than that of primaqu ie (Fundam. Appl. Toxicol. 1988, 10(2), 270-275), hence has drawbacks in terms of safety.

The compound, 3-[l-[[4-[(6-nιethoxy-8-quinolinyl)aιnino]pentyl)am.ino]- ethylidene]-dihydro-2(3H)furanone is a derivative of primaquine. It was described in Indian Patent Specification No. 158111 as 6-methoxy-8-(4-

N-(3′-aceto-4^5′-dihydro-2-furanylamino)- l-methylbutylamino)quinoline , the structure of which was revised to that represented by the following formula I. As per the revised structure, the compound is named 3-[l-[[4-

[(6-metJhoxy-8-quinolmyl)amino]pentyl]amino]ethylidene]-dihydro-2(3H)- furanone (hereinafter referred to as compound I). The revised structure is described in WHO Drug Information Vol. 13, No. 4, pg. 268 (1999).

Over the years primaquine was the only drug used for the radical cure of malaria caused by P. vivax. Primaquine is associated with a number of severe adverse effects, therefore there is a need to develop agents which are more effective and/ or less toxic than primaquine. The compound I has been found to exhibit anti-relapse activity comparable to Primaquine (Am. J. Trop. Med. Hyg., 41(6): 633-637 (1989)). However, this compound has been shown to cause less methemoglobin formation (Am. J. Trop Hyg., 41(6): 638-642 (1989) ) and also has less effect on anti-oxidant defence enzymes than primaquine (Biochem Pharmacol. 46(10): 1859- 1860 (1993) ). Thus, this primaquine derivative (I) is found to be less toxic as compared to the parent drug, primaquine.

Therefore, there is a longfelt need for a more practical, effective, patient compliant and safe remedy for the radical cure of P. vivax malarial infection.

The inventors have found that the longfelt need may be fulfilled by providing a treatment regimen consisting of regulated use of chloroquine and 3-[l-[[4-[(6-methoxy-8-quinolinyl)aιnino]pentyl]amino]ethylidene]- dihydro-2(3H)furanone of formula I over a period of between 5 to 8 days.

It has also been found that the treatment regimen may be executed most effectively and in a user friendly manner by providing a combination kit which comprises two anti-malarial agents, namely chloroquine and 3-[l- [[4-[(6-meth.oxy-8-qumolmyl)am^

The title enamine derivative is prepared by condensation of primaquine (I) with acetyl butyrolactone (II) by means of piperidine.

The following example illustrates the details of the process of this invention: