A K(ir) 6.1/SUR2B activator potentially for the treatment of pulmonary arterial hypertension.

Hypertension is a multifactorial disorder, and effective blood pressure control is not achieved in most individuals. According to the most recent report of the American Heart Association, for 2010, the estimated direct and indirect financial burden for managing hypertension is estimated to be $76.6 billion. Overall, almost 75% of adults with cardiovascular diseases/comorbidities have hypertension, which is associated with a shorter overall life expectancy. Alarmingly, rates of prehypertension and hypertension are increasing among children and adolescents due, in part, to the obesity epidemic we currently face. There is also the problem of an aging population and the growing rates of diabetes and obesity in adults, all factors that are associated with high blood pressure.Thus, the need is great for novel drugs that target the various contributing causes of hypertension and the processes leading to end organ damage.

Iptakalim (IPT), chemically 2, 3–dimethyl-N-(1-methylethyl)-2-butanamine hydrochloride, is novel adenosine triphosphate–sensitive potassium (KATP) channel opener. KATP channels are composed of discrete pore-forming inward rectifier subunits (Kir6.1s) and regulatory sulphonylurea subunits (SUR).IPT shows high selectivity for cardiac KATP (SUR2A/Kir6.2) and vascular KATP (SUR2B/Kir6.1 or SUR6B/Kir6.2). Because of this high selectivity, IPT does not exhibit the adverse side effects associated with the older nonspecific K+ channel openers, which limit their use to the treatment of severe or refractory hypertension. IPT produces arteriolar and small artery vasodilatation, with no significant effect on capacitance vessels or large arteries. Vasodilatation is induced by causing cellular hyperpolarization via the opening of K+ channels, which in turn decreases the opening probability of L-type Ca2+ channels. Of particular note, IPT is very effective in lowering the blood pressure of hypertensive humans but not of those with normal blood pressure.

Sitaxentan sodium (TBC-11251) is a medication for the treatment of pulmonary arterial hypertension (PAH).[1] It was marketed as Thelin by Encysive Pharmaceuticals until Pfizer purchased Encysive in February 2008. In 2010, Pfizer voluntarily removed sitaxentan from the market due to concerns about liver toxicity.[2]

Sitaxentan belongs to a class of drugs known as endothelin receptor antagonists (ERAs). Patients with PAH have elevated levels of endothelin, a potent blood vessel constrictor, in their plasma and lung tissue. Sitaxentan blocks the binding of endothelin to its receptors, thereby negating endothelin’s deleterious effects.

Sitaxentan is a small molecule that blocks the action of endothelin (ET) on the endothelin-A (ETA) receptor selectively (by a factor of 6000 compared to the ETB).[3] It is a sulfonamide class endothelin receptor antagonist (ERA) and is undergoing Food and Drug Administration (FDA) review for treating pulmonary hypertension. The rationale for benefit compared to bosentan, a nonselective ET blocker, is negligible inhibition of the beneficial effects of ETB stimulation, such as nitric oxide production and clearance of ET from circulation. In clinical trials, the efficacy of sitaxentan has been much the same as bosentan, but the hepatotoxicity of sitaxentan outweighs its benefits. Dosing is once daily, as opposed to twice daily for bosentan.

On December 10, 2010 Pfizer announced it would be withdrawing sitaxentan worldwide (both from marketing and from all clinical study use), citing that it is a cause of fatal liver damage.[2]

Sitaxentan was approved for marketing in the European Union in 2006, in Canada in 2006[4] and in Australia in 2007. By February 2008 it had been launched commercially in Germany, Austria, The Netherlands, the United Kingdom, Ireland, France, Spain and Italy.

In March 2006, the FDA recommended an approvable status to sitaxentan but said it would not yet approve the product. In July 2006, sitaxentan received a second approvable letter stating that efficacy outcome issues raised in the context of the STRIDE-2 study were still unresolved. In July 2007, Encysive commenced a formal dispute resolution process in a preliminary meeting with the FDA. In September 2007 the company announced that it was making preparations for another phase III clinical trial (intended to be named STRIDE-5) to overcome the FDA’s concerns.[5] The takeover by Pfizer resulted in a reconfiguration and extension of these plans, to include combination therapy with sildenafil. The Sitaxentan Efficacy and Safety Trial With a Randomized Prospective Assessment of Adding Sildenafil (SR-PAAS) was an ongoing program of three clinical trials conducted in the United States (ClinicalTtrials.gov identifiers: NCT00795639, NCT00796666 and NCT00796510) with anticipated completion dates between June 2010 and January 2014. 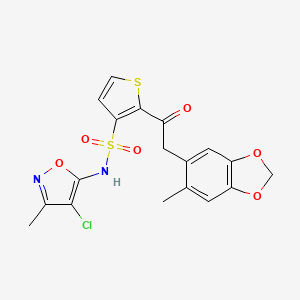 Adverse effects observed with sitaxentan are class effects of endothelin receptor antagonists, and include :

Because sitaxentan inhibits metabolism of warfarin, a decreased dose of warfarin is needed when co-administered with sitaxentan. This is because warfarin acts to prevent blood from clotting, and if it remains unmetabolized, it can continue to thin the blood.

The chemical name for sitaxsentan is N-(4-chloro-3-methyl-5-isoxazolyl)-2-[2- methyl-4,5-(methylenedioxy)phenylacetyl]-thiophene-3-sulfonamide, and its structural formula is as follows:

Sitaxsentan is a potent endothelin receptor antagonist that has oral bioavailability in several species, a long duration of action, and high specificity for ETA receptors.

A portion of a solution of 5-chloromemyl-6-methylbenzo[d][l,3]di-oxole (16.8 g, 0.09 mol) in tetrahydrofuran (THF)(120 mL) was added to a well stirred slurry of magnesium powder, (3.3 g, 0.136 g-atom, Alfa, or Johnson-Mathey, -20 +100 mesh) in THF (120 mL) at room temperature. The resulting reaction admixture was warmed up to about 40-450C for about 2-3 min, causing the reaction to start. Once the heating activated the magnesium, and the reaction began, the mixture was cooled and maintained at a temperature below about 8 0C. The magnesium can be activated with dibromoethane in place of heat.

HCl, ice-bath stirred), and the mixture stirred for 2 to 4 min, transferred into a separatory funnel and diluted with ethyl acetate (300 mL). The layers were separated after shaking. The water layer was extracted with additional ethyl acetate (150 mL) and the combined organics washed with half-brine. Following separation, THF was removed by drying the organic layer over sodium sulfate and concentrating under reduced pressure at about 39 0C to obtain the title compound. EXAMPLE 2

The crystalline sitaxsentan from Example 2 is dissolved in ethyl acetate and washed with saturated NaHCO3 (5 x 10 mL). The solution is washed with brine, dried over Na2SO4 and concentrated in vacuo to obtain a solid residue. 10 mL OfCH2Cl2 is added and the mixture is stirred under nitrogen for 5 to 10 minutes. Ether (15 mL) is added and the mixture stirred for about 10 min. The product is isolated by filtration, washed with a mixture of CH2Cl2 /ether (1 :2) (10 mL) then with ether (10 mL) and dried under reduced pressure to obtain 4-Chloro-3-methyl-5-(2-(2-(6-methyIbenzo[d][l ,3]dioxol-5-yl)acetyl)-3- thienylsulfonamido)isoxazole, sodium salt. 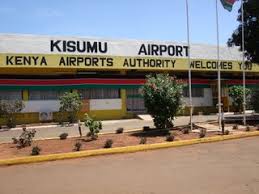 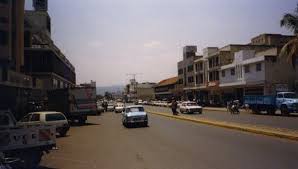 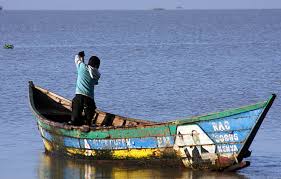 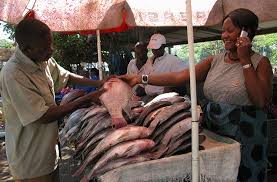 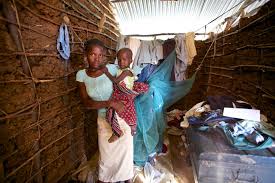 Your visit to Kisumu is not complete if you do not visit this amazing beach, which happens to be a favourite spot fishing spot for the fishermen.