Mumbai – India, November 4, 2014: Glenmark announced today enrollment of the first patient in a multicenter Phase II clinical trial to evaluate Genzyme’s investigational infusion therapy vatelizumab in patients with relapsing remitting multiple sclerosis (RRMS). The trial, called EMPIRE, is designed to assess the efficacy of vatelizumab vs. placebo in RRMS patients. The safety, tolerability and pharmacokinetics of vatelizumab will also be assessed.

The mechanism of action of vatelizumab, which is developed in a collaboration between Glenmark Pharmaceuticals and Genzyme, is not yet fully understood. However, the researchers believe that it will be able to block VLA-2 on activated immune cells, which may enable the interference with collagen-binding in areas of inflammation, as well as leading to the reduction of inflammatory cascade associated with MS.

“We are excited about the commencement of this trial and are pleased with the continued progress of our partnership with Sanofi/Genzyme,” said the President of Biologics and Chief Scientific Officer of Glenmark Pharmaceuticals Ltd., Michael Buschle. EMPIRE, which will be conducted for 12 weeks, is a global phase 2a/2b double-blind, randomized, placebo-controlled study that will study the efficacy, safety, and dose-response of vatelizumab in 168 patients with active RRMS at55 sites in ten different countries.

Vatelizumab is an immunomodulator. It binds to integrin alpha 2.[1] 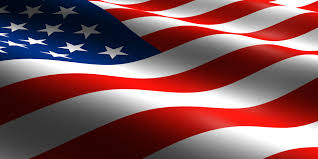