Pharmacyclics is getting a priority review of its blood cancer treatment by federal regulators. A priority review shortens a drug evaluation by the U.S. Food and Drug Administration from 10 months to six. The acceptance of the application triggers a $75 million milestone payment to Pharmacyclics from Johnson & Johnson’s Janssen unit.

Ibrutinib (USAN[1]), also known as PCI-32765, is an experimental drug candidate for the treatment of various types of cancer. It is an orally-administered, selective and covalent inhibitor of the enzyme Bruton tyrosine kinase (Btk).[2][3][4] Ibrutinib is currently under development by Pharmacyclics, Inc and Johnson & Johnson’s Janssen Pharmaceutical division for B-cell malignancies including chronic lymphocytic leukemia, mantle cell lymphoma, diffuse large B-cell lymphoma, and multiple myeloma.[6][7][8]. Ibrutinib was first designed and synthesized at Celera Genomics by Zhengying Pan, who along with a team of chemists and biologists reported in 2007 a structure-based approach for creating a series of small molecules that inactivate BTK through covalent binding to cysteine-481 near the ATP binding domain of BTK[2]. These small molecules irreversibly inhibited BTK by using a Michael acceptor for binding to the target cysteine. In April 2006, Pharmacyclics acquired Celera’s small molecule BTK inhibitor discovery program, which included a compound, PCI-32765 (known as compound 13 in the Pan et al paper) that was subsequently chosen for further preclinical development based on the discovery of anti-lymphoma properties in vivo [5]. Since 2006, Pharmacyclics’ scientists have advanced the molecule into clinical trials and identified specific clinical indications for the drug. [2][3][4] [5] [6][7][8] It also has potential effects against autoimmune arthritis.[9]

It has given good results in two phase II clinical trials.[10]

In early clinical studies, the activity of ibrutinib has been described to include a rapid reduction in lymphadenopathy accompanied by a transient lymphocytosis, suggesting that the drug might have direct effects on cell homing or migration to factors in tissue microenvironments.[12]

Ibrutinib has been reported to reduce CLL cell chemotaxis towards the chemokines CXCL12 and CXCL13, and inhibit cellular adhesion following stimulation at the B cell receptor.[13][14] Together, these data are consistent with a mechanistic model whereby ibrutinib blocks BCR signaling, which drives cells into apoptosis and/or disrupts cell migration and adherence to protective tumor microenvironments.

Orphan drug status is awarded to drugs that could treat diseases that affect fewer than 200,000 people in the United States. It comes with some added marketing exclusivity.

The Cambridge, Mass., company said Wednesday that the agency gave the designation to a drug labeled ALN-AT3 for the treatment of hemophilia B. Alnylam has tested the drug in mice and plans to start studies involving humans early next year.

for the treatment of hemophilia B. Alnylam has tested the drug in mice and plans to start studies involving humans early next year.

If approved, ibrutinib would be the first in a class of oral BTK inhibitors and is one of the first medicines to file for FDA approval via the new Breakthrough Therapy Designation pathway. Ibrutinib will be co-commercialized in the U.S. by Janssen Biotech, Inc. and Pharmacyclics.

“The FDA submission is another important milestone for ibrutinib since we formed our strategic partnership with Pharmacyclics just 18 months ago,” said Peter F. Lebowitz, M.D., Ph.D., Global Oncology Head, Janssen. “Both companies recognize that there is great unmet need among these patient populations, and together in close collaboration with the FDA, as part of its Breakthrough Therapy Designation pathway, we have been able to accelerate the ibrutinib development program for the benefit of patients.” 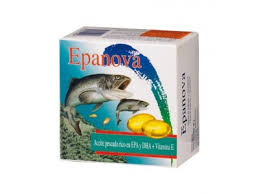 Omthera Pharmaceuticals, which is in the process of being acquired by AstraZeneca, has filed its anti-triglyceride drug Epanova with regulators in the USA.The Princeton, New Jersey-based company is seeking approval from the US Food and Drug Administration to sell Epanova, a coated soft gelatin capsule containing a mixture of polyunsaturated free fatty acids derived from fish oils, for the treatment of patients with severe hypertriglyceridemia. The submission is based on two Phase III trials (EVOLVE and ESPRIT) examining the effectiveness of Epanova in lowering very high triglycerides, and in reducing non-HDL cholesterol in combination with a statin. Both trials were conducted under a special protocol assessment with the FDA.

The filing will please AstraZeneca which announced at the end of May that it will buy Omthera for $12.70 per share, or around $323 million. In addition to the cash payment, each Omthera shareholder will receive contingent value rights of up to $4.70 per share – or around $120 million in total – if specified milestones related to Epanova are achieved.

When the deal was announced, Omthera chief executive Gerald Wisler said he expects AstraZeneca to “maximise the value of Epanova not only as a monotherapy treatment for dyslipidemia but also as a treatment for cardiovascular disease in combination with Crestor (atorvastatin)”, the firm’s cholesterol blockbuster.