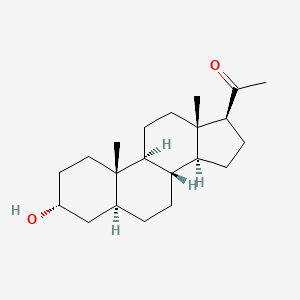 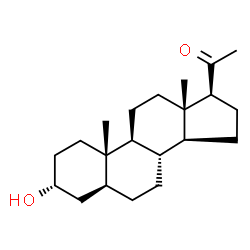 “Postpartum depression is a serious condition that, when severe, can be life-threatening. Women may experience thoughts about harming themselves or harming their child. Postpartum depression can also interfere with the maternal-infant bond. This approval marks the first time a drug has been specifically approved to treat postpartum depression, providing an important new treatment option,” said Tiffany Farchione, M.D., acting director of the Division of Psychiatry Products in the FDA’s Center for Drug Evaluation and Research. “Because of concerns about serious risks, including excessive sedation or sudden loss of consciousness during administration, Zulresso has been approved with a Risk Evaluation and Mitigation Strategy (REMS) and is only available to patients through a restricted distribution program at certified health care facilities where the health care provider can carefully monitor the patient.”

PPD is a major depressive episode that occurs following childbirth, although symptoms can start during pregnancy. As with other forms of depression, it is characterized by sadness and/or loss of interest in activities that one used to enjoy and a decreased ability to feel pleasure (anhedonia) and may present with symptoms such as cognitive impairment, feelings of worthlessness or guilt, or suicidal ideation.

Zulresso will be available only through a restricted program called the Zulresso REMS Program that requires the drug be administered by a health care provider in a certified health care facility. The REMS requires that patients be enrolled in the program prior to administration of the drug. Zulresso is administered as a continuous IV infusion over a total of 60 hours (2.5 days). Because of the risk of serious harm due to the sudden loss of consciousness, patients must be monitored for excessive sedation and sudden loss of consciousness and have continuous pulse oximetry monitoring (monitors oxygen levels in the blood). While receiving the infusion, patients must be accompanied during interactions with their child(ren). The need for these steps is addressed in a Boxed Warning in the drug’s prescribing information. Patients will be counseled on the risks of Zulresso treatment and instructed that they must be monitored for these effects at a health care facility for the entire 60 hours of infusion. Patients should not drive, operate machinery, or do other dangerous activities until feelings of sleepiness from the treatment have completely gone away.

The efficacy of Zulresso was shown in two clinical studies in participants who received a 60-hour continuous intravenous infusion of Zulresso or placebo and were then followed for four weeks. One study included patients with severe PPD and the other included patients with moderate PPD. The primary measure in the study was the mean change from baseline in depressive symptoms as measured by a depression rating scale. In both placebo controlled studies, Zulresso demonstrated superiority to placebo in improvement of depressive symptoms at the end of the first infusion. The improvement in depression was also observed at the end of the 30-day follow-up period.

The most common adverse reactions reported by patients treated with Zulresso in clinical trials include sleepiness, dry mouth, loss of consciousness and flushing. Health care providers should consider changing the therapeutic regimen, including discontinuing Zulresso in patients whose PPD becomes worse or who experience emergent suicidal thoughts and behaviors.

The FDA granted this application Priority Review and Breakthrough Therapydesignation.

Approval of Zulresso was granted to Sage Therapeutics, Inc.

Allopregnanolone, also known as 5α-pregnan-3α-ol-20-one or 3α,5α-tetrahydroprogesterone (3α,5α-THP), as well as brexanolone (USAN),[1] is an endogenous inhibitory pregnane neurosteroid[2] which has been approved by the FDA as a treatment for post-partum depression. It is synthesized from progesterone, and is a potent positive allosteric modulator of the action of γ-aminobutyric acid (GABA) at GABAA receptor.[2] Allopregnanolone has effects similar to those of other positive allosteric modulators of the GABA action at GABAA receptor such as the benzodiazepines, including anxiolytic, sedative, and anticonvulsant activity.[2][3][4] Endogenously produced allopregnanolone exerts a pivotal neurophysiological role by fine-tuning of GABAA receptor and modulating the action of several positive allosteric modulators and agonists at GABAA receptor.[5] The 21-hydroxylated derivative of this compound, tetrahydrodeoxycorticosterone (THDOC), is an endogenous inhibitory neurosteroid with similar properties to those of allopregnanolone, and the 3β-methyl analogue of allopregnanolone, ganaxolone, is under development to treat epilepsy and other conditions, including post-traumatic stress disorder (PTSD).[2]

Similarly to many other GABAA receptor positive allosteric modulators, allopregnanolone has been found to act as an inhibitor of L-type voltage-gated calcium channels (L-VGCCs),[18] including α1 subtypes Cav1.2 and Cav1.3.[19] However, the threshold concentration of allopregnanolone to inhibit L-VGCCs was determined to be 3 μM (3,000 nM), which is far greater than the concentration of 5 nM that has been estimated to be naturally produced in the human brain.[19] Thus, inhibition of L-VGCCs is unlikely of any actual significance in the effects of endogenous allopregnanolone.[19] Also, allopregnanolone, along with several other neurosteroids, has been found to activate the G protein-coupled bile acid receptor (GPBAR1, or TGR5).[20] However, it is only able to do so at micromolar concentrations, which, similarly to the case of the L-VGCCs, are far greater than the low nanomolar concentrations of allopregnanolone estimated to be present in the brain.[20]

Allopregnanolone possesses a wide variety of effects, including, in no particular order, antidepressant, anxiolytic, stress-reducing, rewarding,[21] prosocial,[22] antiaggressive,[23]prosexual,[22] sedative, pro-sleep,[24] cognitive, memory-impairment, analgesic,[25] anesthetic, anticonvulsant, neuroprotective, and neurogenic effects.[2] Fluctuations in the levels of allopregnanolone and the other neurosteroids seem to play an important role in the pathophysiology of mood, anxiety, premenstrual syndrome, catamenial epilepsy, and various other neuropsychiatric conditions.[26][27][28]

Increased levels of allopregnanolone can produce paradoxical effects, including negative mood, anxiety, irritability, and aggression.[29][30][31] This appears to be because allopregnanolone possesses biphasic, U-shaped actions at the GABAA receptor – moderate level increases (in the range of 1.5–2 nM/L total allopregnanolone, which are approximately equivalent to luteal phase levels) inhibit the activity of the receptor, while lower and higher concentration increases stimulate it.[29][30] This seems to be a common effect of many GABAA receptor positive allosteric modulators.[26][31] In accordance, acute administration of low doses of micronized progesterone (which reliably elevates allopregnanolone levels) has been found to have negative effects on mood, while higher doses have a neutral effect.[32]

During pregnancy, allopregnanolone and pregnanolone are involved in sedation and anesthesia of the fetus.[33][34]

Allopregnanolone and the other endogenous inhibitory neurosteroids have short terminal half-lives and poor oral bioavailability, and for these reason, have not been pursued for clinical use as oral therapies, although development as a parenteral therapy for multiple indications has been carried out. However, synthetic analogs with improved pharmacokineticprofiles have been synthesized and are being investigated as potential oral therapeutic agents.

In other studies of compounds related to allopregnanolone, exogenous progesterone, such as oral micronized progesterone (OMP), elevates allopregnanolone levels in the body with good dose-to-serum level correlations.[35] Due to this, it has been suggested that OMP could be described as a prodrug of sorts for allopregnanolone.[35] As a result, there has been some interest in using OMP to treat catamenial epilepsy,[36] as well as other menstrual cycle-related and neurosteroid-associated conditions. In addition to OMP, oral pregnenolonehas also been found to act as a prodrug of allopregnanolone,[37][38][39] though also of pregnenolone sulfate.[40]