Yet more good news for Shire has come with the US Food and Drug Administration approving its attention-deficit hyperactivity disorder blockbuster Vyvanse for binge-eating disorder, the first medicine approved by the agency to treat this condition.

The agency has expanded approval on Vyvanse (lisdexamfetamine dimesylate) for adults with BED based on two Phase III studies which showed that it was statistically superior to placebo in terms of number of binge days per week. BED affects around 2.8 million US adults and is more prevalent than anorexia nervosa and bulimia nervosa combined. Lisdexamfetamine (NRP-104), a conditionally bioreversible derivative of amphetamine, was launched in the U.S. in 2007 for the treatment of attention deficit hyperactivity disorder (ADHD) in children aged 6-12 years old. In 2008, the product was approved for use in adults, and in 2009 it was approved in Canada, followed by commercialization in 2010. In 2010, FDA approval was obtained for use in treatment of ADHD in adolescents aged 13 to 17 years and launch took place the same year. Approval for the treatment of adolescents was assigned in Canada in 2011. 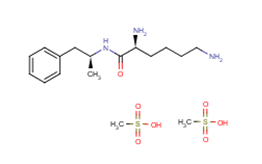 Binge eating,,,,,, express their stress as temper tantrums or by indulging in compulsive eating spree

In 2013, Shire cancelled its phase III program evaluating the product for the negative symptoms of schizophrenia based on a review and prioritization of the company’s development portfolio.

Patent and Exclusivity Search Results from query on Appl No 021977 Product 003 in the OB_Rx list.