January 21, 2015 3:24 am / 1 Comment on Novartis obtains European approval for Cosentyx to treat psoriasis

Novartis obtains European approval for Cosentyx to treat psoriasis
Swiss drug-maker Novartis has received approval from the European Commission (EC) for its Cosentyx (secukinumab, formerly known as AIN457) to treat moderate-to-severe plaque psoriasis in adults who are candidates for systemic therapy.SEE

Secukinumab is a human monoclonal antibody designed for the treatments of uveitis, rheumatoid arthritis, ankylosing spondylitis, and psoriasis. It targets member A from the cytokine family of interleukin 17.[1][2] At present, Novartis Pharma AG, the drug’s developer, plans to market it under the trade name “Cosentyx.” [3] It is highly specific to the human immunoglobulin G1k (IgG1k) subclass.[2]

In July 2014 secukinumab established superiority to placebo and to etanercept for the treatment of chronic plaque psoriasis in Phase III clinical trials.[4] In October 2014, the FDA Dermatologic and Ophthalmic Drugs Advisory Committee unanimously voted to recommend the drug for FDA approval, although this vote in and of itself does not constitute an approval. However, the FDA typically follows recommendations from these committees.[5] In October 2014, Novartis announced that the drug had achieved a primary clinical endpoint in two phase III clinical trials for ankylosing spondylitis.[6] As of 28 October, the relevant FDA committee had not yet responded to these results. In early November 2014, Novartis also released the results of a Phase 3 study on Psoriatic Arthritis that yielded very promising results.[7]

Although the drug was originally intended to treat rheumatoid arthritis, phase II clinical trials for this condition yielded disappointing results.[8] Similarly, while patients in a phase II clinical trial for [psoriatic arthritis] did show improvement over placebo, the improvement did not meet adequate endpoints and Novartis is considering whether to do more research for this condition.[9] Novartis has said that it is targeting approval and release in early 2015 for plaque psoriasis and ankyloding spondylitis indications.

It is also in a phase II clinical trial for Multiple Sclerosis [10] as it has exhibited efficacy in treating experimental autoimmune encephalomyelitis (EAE), an animal model of MS.

July 14, 2014 7:57 am / 1 Comment on European Medicines Agency recommends 39 medicines for human use for marketing authorisation in first half of 2014 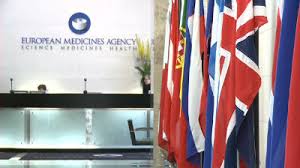 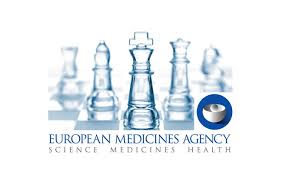