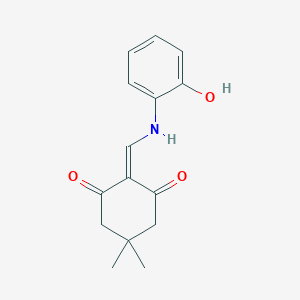 The present study utilised whole cell based phenotypic screening of thousands of diverse small molecules against Mycobacterium tuberculosis H37Rv (M. tuberculosis) and identified the cyclohexane-1,3-dione-based structures 5 and 6 as hits. The selected hit molecules were used for further synthesis and a library of 37 compounds under four families was synthesized for lead generation. Evaluation of the library against M. tuberculosis lead to the identification of three lead antituberculosis agents (37, 39 and 41). The most potential compound, 2-(((2-hydroxyphenyl)amino)methylene)-5,5-dimethylcyclohexane-1,3-dione (39) showed an MIC of 2.5 μg mL−1, which falls in the range of MICs values found for the known antituberculosis drugs ethambutol, streptomycin and levofloxacin. Additionally, this compound proved to be non-toxic (<20% inhibition at 50 μM concentration) against four human cell lines. Like first line antituberculosis drugs (isoniazid, rifampicin and pyrazinamide) this compound lacks activity against general Gram positive and Gram negative bacteria and even against M. smegmatis; thereby reflecting its highly specific antituberculosis activity.

A small Drug Research Laboratory working under the Government of Jammu & Kashmir was taken over by CSIR in 1957 and named as Regional Research Laboratory, Jammu. Col. Sir Ram Nath Chopra, who is acclaimed the father of modern Pharmacology in India, was the Director of Drug Research Laboratory, continued as the first Director of Regional Research Laboratory. Having significant expertise in the area of medicinal & aromatic plants, Col. Chopra started its related R&D activities such as collection of plants from north & north-west and study the chemistry & pharmacology of the plant extracts and the new molecules isolated from these plants. Thus the initial mandate of this laboratory was mainly focused on screening the flora of north India for new molecules and to study the biological activity of these molecules. Gradually the activities of the institute increased, many more disciplines were introduced, that were important for the exploitation of regional resources such as mineral technology division, paper & pulp, fur technology division, sericulture, food technology division and mycology division. The main stream department such as chemistry, botany and pharmacology were strengthened by the introduction of a small animal house, instrumentation and chemical engineering & design division. The activity of the institute gradually increased which showed up in its publications and technology developments.

With the progress of time, the institute developed high quality expertise and infrastructure for working in the area of plant based products & drugs to explore new botanicals for new molecules and new activity. The institute specialized for working in the area of chemistry of natural products, synthesis of new & nature like molecules. These were studied for their use on various indication such as Oncology, hepatoprotection, anti-bacterial, bio-enhancers, anti-diabetes, anti-inflammation, aphrodisiac, hypertension, immunomodulation, anti-oxidants, oral care and beauty care. Some of the areas which did not progress to the satisfaction level gradually became redundant and were dropped.

Keeping in view the expertise developed in the area of natural products and revised mandate of the institute to explore and exploit natural, nature like and synthetic products with modern scientific tools to reduce the burden of disease, the institute became more focused towards integrative medicine hence was renamed as Indian Institute of Integrative Medicine in 2007 by the governing body of CSIR

“NEW DRUG APPROVALS ” CATERS TO EDUCATION GLOBALLY, No commercial exploits are done or advertisements added by me. This is a compilation for educational purposes only. P.S. : The views expressed are my personal and in no-way suggest the views of the professional body or the company that I represent