evofosfamide (first disclosed in WO2007002931), useful for treating cancer.

Threshold Pharmaceuticals and licensee Merck Serono are codeveloping evofosfamide, the lead in a series of topoisomerase II-inhibiting hypoxia-activated prodrugs and a 2-nitroimidazole-triggered bromo analog of ifosfamide, for treating cancer, primarily soft tissue sarcoma and pancreatic cancer (phase 3 clinical, as of April 2015).

In November 2014, the FDA granted Fast Track designation to the drug for the treatment of previously untreated patients with metastatic or locally advanced unresectable soft tissue sarcoma.

Evofosfamide (INN,[1] USAN;[2] formerly known as TH-302) is an investigational hypoxia-activated prodrug that is in clinical development for cancer treatment. The prodrug is activated only at very low levels of oxygen (hypoxia). Such levels are common in human solid tumors, a phenomenon known as tumor hypoxia.[3]

Evofosfamide is being evaluated in clinical trials for the treatment of multiple tumor types as a monotherapy and in combination with chemotherapeutic agents and other targeted cancer drugs
Discovered at Threshold, TH-302 is a hypoxia-activated prodrug (HAP) designed to exploit low oxygen levels in hypoxic tumor regions. Therapeutics that specifically target resistant hypoxic zones could provide significant additional antitumor activity and clinical benefit over current chemotherapeutic and radiation therapies.

In 2012, Threshold signed a global license and co-development agreement for evofosfamide with Merck KGaA, Darmstadt, Germany, which includes an option for Threshold to co-commercialize eofosfamide in the United States. Threshold is responsible for the development of evofosfamide in the soft tissue sarcoma indication in the United States. In all other cancer indications, Threshold and Merck KGaA are developing evofosfamide together.[5] From 2012 to 2013, Merck KGaA paid 110 million US$ for upfront payment and milestone payments to Threshold. Additionally, Merck KGaA covers 70% of all evofosfamide development expenses.[6]
Discovered at Threshold, TH-302 is a hypoxia-activated prodrug (HAP) designed to exploit low oxygen levels in hypoxic tumor regions. Therapeutics that specifically target resistant hypoxic zones could provide significant additional antitumor activity and clinical benefit over current chemotherapeutic and radiation therapies.

Synthesis of Compounds 25, 26 [0380] To a solution of 2-bromoethylammmonium bromide (19.4 g) in DCM (90 mL) at – 1O0C was added a solution OfPOCl3 (2.3 mL) in DCM (4 mL) followed by addition of a solution of TEA (14.1 mL) in DCM (25 mL). The reaction mixture was filtered, the filtrate concentrated to ca. 30% of the original volume and filtered. The residue was washed with DCM (3×25 mL) and the combined DCM portions concentrated to yield a solid to which a mixture of THF (6 mL) and water (8 mL) was added. THF was removed in a rotary evaporator, the resulting solution chilled overnight in a fridge. The precipitate obtained was filtered, washed with water (10 mL) and ether (30 mL), and dryed in vacuo to yield 2.1 g of:

can be synthesized employing the method provided in Example 8, substituting 2- bromoethylammmonium bromide with 2-chloroethylammmonium chloride. Synthesis of Isophosphoramide mustard has been described (see for example Wiessler et al., supra).

was transformed into compounds 24 and 25, employing the method provided in Example 6 and the appropriate Trigger-OH.

A mixture of the nitro acid (30.82 g, 180.23 mmol) and triethylamine (140 niL, 285 mmol) in anhydrous THF (360 mL) was stirred while the reaction mixture was cooled in a dry ice-acetonitrile bath (temperature < -20 0C). Isobutyl chloroformate (37.8 mL, 288 mmol) was added drop wise to this cooled reaction mixture during a period of 10 min and stirred for 1 h followed by the addition of sodium borohydride (36 g, 947 mmol) and dropwise addition of water during a period of 1 h while maintaining a temperature around or less than O0C. The reaction mixture was warmed up to O0C. The solid was filtered off and washed with THF. The combined THF portions were evaporated to yield l-N-methyl-2- nitroimidazole-5-methanol as an orange solid (25 g) which was recrystallized from ethyl acetate.

N-Formylsarcosine ethyl ester 1 (1 ,85 kg) was dissolved in toluene (3,9 kg) and ethyl formate (3,28 kg) and cooled to 10 °C. A 20 wt-% solution of potassium tert-butoxide (1 ,84 kg) in tetrahydrofuran (7,4 kg) was added and stirring was continued for 3h. The reaction mixture was extracted 2x with a solution of sodium chloride in water (10 wt-%) and the combined water extracts were washed lx with toluene.

Aqueous hydrogen chloride (25% wt-%; 5,62 kg) was added to the aqueous solution, followed by ethylene glycol (2,36 kg). The reaction mixture was heated to 55-60 °C for lh before only the organic solvent residues were distilled off under vacuum. 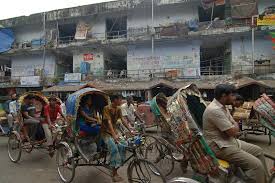 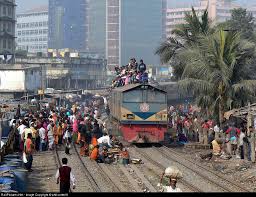 Steamers and ferries in Sadarghat Port Abeona Therapeutics , a Cleveland-based biotechnology start-up, is created in March 2013 as a spinoff of Nationwide Children’s Hospital , with the goal of developing therapies for patients with the rare Lysosomal Storage Disorder (LSD), Sanfilippo (SF) Syndrome or Mucopolysaccharidosis III (MPS III). Abeona in Roman Mythology is the Goddess of Departures. She protects children as they step away from home for the first time, keeping them safe as they venture into the world. Her name comes from the Latin verb abeo, “to depart, go away, or go forth”.

SF is a genetic metabolism disorder that prohibits the proper breakdown of the body’s sugar molecules. There are 4 types of MPS III (MPS III A, MPS III B, MPS III C, and MPS III D), each with a deficiency in one of four lysosomal enzymes. The disease first affects the central nervous system, causing severe brain damage, and typically results in hearing loss, vision loss…