March 25, 2014: Glenmark Pharmaceuticals Ltd. has informed the Stock Exchange today that the company through its Swiss subsidiary has received

USD 4 million as research fee payment from Forest Laboratories Inc. on a collaboration for the development of novel mPGES-1 inhibitors to treatchronic inflammatory conditions, including pain.

Under the terms of the agreement signed in FY 2012-13, Forest made USD 6 million upfront payment and also provided an additional USD 3 million

to support the next phase of work. In September 2013, Glenmark received an additional amount of USD 2 million as research fee payment from Forest Laboratories Inc.

Hence, the total amount received by Glenmark from Forest Laboratories Inc towards its novel mPEGS-1 inhibitors program is USD15 million.

The US Food and Drug Administration has approved Forest Laboratories and Pierre Fabre’s Fetzima for major depressive disorder.

Fetzima (levomilnacipran extended-release), a once-daily serotonin and norepinephrine reuptake inhibitor, has been given the green light based on Phase III studies of adults with MDD and statistically significant and clinically meaningful improvement in depressive symptoms across three doses (40, 80, and 120 mg).

Levomilnacipran (F2695) is an antidepressant currently under development by Forest Laboratories for the treatment of depression in the United States and Canada.[1][2][3] As of 2009 it is in phase III clinical trials.[4] Levomilnacipran is an active enantiomer of milnacipran and therefore has similar effects and pharmacology, acting as a serotonin-norepinephrine reuptake inhibitor.[2][5] On 20 January 2011, Forest and Pierre Fabre Medicament announced that levomilnacipran was no better than placebo in a late-stage clinical trial. Two other late-stage trials will be finished in mid-2011. 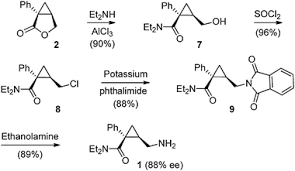 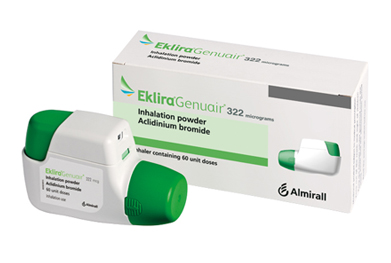 Both combinations of aclidinium/formoterol (400/6mcg and 400/12mcg given twice a day) demonstrated statistically significant improvements in the co-primary endpoints of change from baseline in morning predose trough FEV1 versus formoterol 12mcg and in FEV1 at 1 hour post-dose versus aclidinium 400mcg at week 24 (p<0.01 and p≤0.0001, respectively). In addition, both combinations of aclidinium/formoterol (400/6mcg and 400/12mcg) provided statistically significant improvements versus placebo in the above two variables (both p<0.0001).

Results from a second pivotal Phase III clinical study are expected in the coming weeks. If the second clinical trial is successful those results, combined with the positive results of this study, will support our intention to file an NDA with the FDA and an MAA to the EMA.

“We expect this novel combination of aclidinium/formoterol to offer patients a new option in COPD treatment. In addition to the improved efficacy shown in this study, the safety profile was comparable to placebo”, commented Bertil Lindmark, Chief Scientific Officer at Almirall. “Indeed, these positive results confirm Almirall’s potential to build an innovative worldwide respiratory franchise around our Genuair® device and aclidinium bromide (Eklira®/Bretaris®)”.

“By successfully achieving the primary endpoints in this pivotal trial, we have demonstrated the superior improvement in lung function that can be achieved by combining two proven bronchodilators with complementary modes of action,” said Dr. Marco Taglietti, President of Forest Research Institute. “Aclidinium/formoterol has the potential to further expand the success of the Forest respiratory franchise which includes TudorzaTM PressairTM (aclidinium bromide 400mcg), as a treatment option for COPD patients who could benefit from additional bronchodilation”.

About the Phase III Study

ACLIFORM/COPD (ACLIdinium/FORMoterol fumarate combination for Investigative use in the treatment of moderate to severe COPD) was a 24-week randomized double-blind trial evaluating the 400/6mcg and 400/12mcg fixed dose combinations of aclidinium bromide/formoterol fumarate compared with aclidinium bromide 400mcg, formoterol fumarate 12mcg and placebo administered BID through the Genuair®/Pressair™ inhalers in 1729 patients with moderate to severe COPD, in 22 countries including Europe, Korea and South Africa.

The full results of this study will be presented at future scientific meetings.

Aclidinium/formoterol was administered using a multiple-dose dry powder inhaler, Pressair™ (outside of the United States the inhaler is marketed as Genuair®), which delivers 60 doses of aclidinium bromide/formoterol fumarate powder for inhalation. The Pressair inhaler has a colored control window which confirms successful inhalation of the full dose and a dose indicator to let patients know approximately how many doses remain in the inhaler. The PressairTM / Genuair® inhaler is approved in the United States and Europe for the administration of TudorzaTM/ Eklira®.

Aclidinium/formoterol combines two effective bronchodilators with complementary mechanisms of action and is being evaluated as a potential treatment for COPD patients who could benefit from two bronchodilators administered in a single multi-dose inhaler.

COPD, or chronic obstructive pulmonary disease, is a common, progressive, and debilitating lung disease characterized by persistent airflow limitation that makes it hard to breathe. The World Health Organization (WHO) has described COPD as a global epidemic; an estimated 64 million people have COPD worldwide. More than 3 million people died of the condition in 2005, which is equal to 5% of all deaths globally that year. Total deaths from COPD are projected to increase by more than 30% in the next 10 years without interventions to cut risks, particularly exposure to tobacco smoke. WHO predicts that COPD will become the third leading cause of death worldwide by 20301. COPD is already the third leading cause of death in the U.S.

In patients with COPD the airways in the lungs typically lose their elasticity, produce excess mucus and become thick and inflamed, limiting the passage of air. The most common symptoms of COPD are breathlessness (or a “need for air”), abnormal sputum (a mix of saliva and mucus in the airway), and chronic cough. As the condition worsens and breathlessness increases, daily activities, such as walking up a short flight of stairs or carrying a suitcase, can become very difficult. New therapies to treat this debilitating disease may be of value.

Almirall is a pharmaceutical company committed to provide valuable medicines from our own R&D, external partnerships, licenses and collaborations. In 2012, Almirall invested over 23% of its sales in R&D. Through seeking innovative medicines we aim to become a relevant player in respiratory and dermatology diseases with also a strong interest in gastroenterology and pain. With more than 3,000 employees in 22 countries, Almirall generated total revenues of 900 million in 2012.

The company was founded in 1943 and is headquartered in Barcelona, Spain. The stock is traded in the Spanish stock exchange (ticker: ALM).

Forest Laboratories’ (NYSE: FRX) longstanding global partnerships and track record developing and marketing pharmaceutical products in the United States have yielded its well-established central nervous system and cardiovascular franchises and innovations in anti-infective, respiratory, gastrointestinal and pain management medicine. Forest’s pipeline, the most robust in its history, includes product candidates in all stages of development across a wide range of therapeutic areas. The Company is headquartered in New York, NY. To learn more, visitwww.FRX.com.