FDA approves Repatha to treat certain patients with high cholesterol
08/27/2015 05:10 PM EDT
The U.S. Food and Drug Administration today approved Repatha (evolocumab) injection for some patients who are unable to get their low-density lipoprotein (LDL) cholesterol under control with current treatment options.

The U.S. Food and Drug Administration today approved Repatha (evolocumab) injection for some patients who are unable to get their low-density lipoprotein (LDL) cholesterol under control with current treatment options.

Repatha, the second drug approved in a new class of drugs known as PCSK9 inhibitors, is approved for use in addition to diet and maximally-tolerated statin therapy in adult patients with heterozygous familial hypercholesterolemia (HeFH), homozygous familial hypercholesterolemia (HoFH), or clinical atherosclerotic cardiovascular disease, such as heart attacks or strokes, who require additional lowering of LDL cholesterol.

Familial hypercholesterolemia (encompassing both HeFH and HoFH) is an inherited condition that causes high levels of LDL cholesterol. A high level of LDL cholesterol in the blood is linked to cardiovascular or heart disease. Heart disease is the number one cause of death for Americans, both men and women. According to the Centers for Disease Control and Prevention, about 610,000 people die of heart disease in the United States every year– that equals one in every four deaths.

“Repatha provides another treatment option in this new class of drugs for patients with familial hypercholesterolemia or with known cardiovascular disease who have not been able to lower their LDL cholesterol enough with statins,” said John Jenkins, M.D., director of the Office of New Drugs, Center for Drug Evaluation and Research. “Cardiovascular disease is a serious threat to the health of Americans, and the FDA is committed to facilitating the development and approval of effective and safe drugs to address this important public health problem.”

The most common side effects of Repatha include nasopharyngitis, upper respiratory tract infection, flu, back pain, and reactions such as redness, pain, or bruising where the injection is given. Allergic reactions, such as rash and hives, have been reported with the use of Repatha. Patients should stop using Repatha and get medical help if they experience symptoms of a serious allergic reaction.

Multiple clinical trials have demonstrated that statins lower the risk of having a heart attack or stroke. A trial evaluating the effect of adding Repatha to statins for reducing cardiovascular risk is ongoing.

Repatha is marketed by Amgen Inc., of Thousand Oaks, Calif. 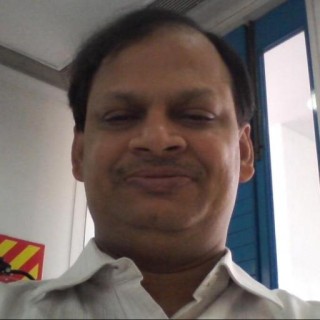 Amgen announced that the Phase 3 TESLA (Trial Evaluating PCSK9 Antibody in Subjects with LDL Receptor Abnormalities) trial evaluating evolocumab met its primary endpoint of the percent reduction from baseline at week 12 in low-density lipoprotein cholesterol (LDL-C). The percent reduction in LDL-C, or “bad” cholesterol, was clinically meaningful and statistically significant………….read at
http://www.dddmag.com/news/2014/03/amgen-drug-hits-endpoint-cholesterol-reduction?et_cid=3829907&et_rid=523035093&type=cta

On 23 January 2014 Amgen announced that the Phase 3 GAUSS-2 (Goal Achievement After Utilizing an Anti-PCSK9 Antibody in Statin Intolerant Subjects-2) trial evaluating evolocumab in patients with high cholesterol who cannot tolerate statins met its co-primary endpoints: the percent reduction from baseline in low-density lipoprotein cholesterol (LDL-C) at week 12 and the mean percent reduction from baseline in LDL-C at weeks 10 and 12. The mean percent reductions in LDL-C, or “bad” cholesterol, compared to ezetimibe were consistent with results observed in the Phase 2 GAUSS study.[3]

Evolocumab, a PCSK9 inhibitor, was safe and effective at lowering low-density lipoprotein cholesterol (LDL-C) after one year of treatment, according to a study published online Nov. 19 inCirculation and presented simultaneously at the American Heart Association scientific session in Dallas.

The Open-Label Study of Long-term Evaluation Against LDL-C (OSLER) trial took place at 156 study centers around the world that participated in at least one of four phase 2 studies of between October 2011 and June 2012. Evolocumab is a PCSK9 (proprotein convertase subtilisin/kexin type 9) inhibitor made by Amgen.

Investigators led by Michael J. Koren, MD, of the Jacksonville Center for Clinical Research in Florida, randomized 1,104 participants in a 2:1 ratio to receive either evolocumab (420 mg every four weeks) plus standard-of-care therapy (based on guidelines for treatment of hypercholesterolemia) or evolocumab alone, which served as the control. After 12 weeks, lipid results were unblinded and investigators were able to adjust standard-of-care therapy in either group.

The main efficacy objective was to determine the effects of longer-term evolocumab therapy on cholesterol levels and the main safety endpoints included incidence of adverse events, serious adverse events and adverse events resulting in discontinuation of the drug.

The authors explained that their findings offer more insight into the use of this class of drugs to lower LDL-C in at-risk patients.

“Challenging patients such as those who fail to reach current lipid goals despite maximum doses of highly effective statin agents or those with well-documented statin intolerance are thus logical populations for treatment with PCSK9 inhibitors,” they concluded.