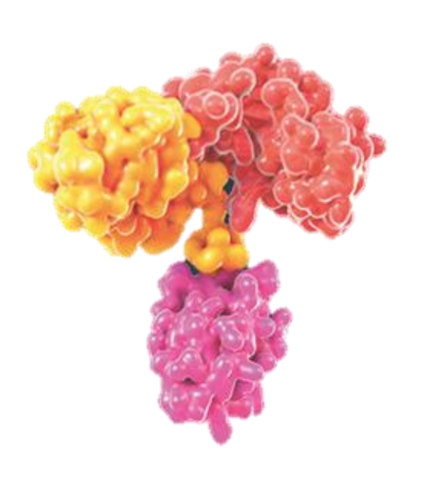 The U.S. Food and Drug Administration today approved Elzonris (tagraxofusp-erzs) infusion for the treatment of blastic plasmacytoid dendritic cell neoplasm (BPDCN) in adults and in pediatric patients, two years of age and older.

“Prior to today’s approval, there had been no FDA approved therapies for BPDCN. The standard of care has been intensive chemotherapy followed by bone marrow transplantation. Many patients with BPDCN are unable to tolerate this intensive therapy, so there is an urgent need for alternative treatment options,” said Richard Pazdur, M.D., director of the FDA’s Oncology Center of Excellence and acting director of the Office of Hematology and Oncology Products in the FDA’s Center for Drug Evaluation and Research.

BPDCN is an aggressive and rare disease of the bone marrow and blood that can affect multiple organs, including the lymph nodes and the skin. It often presents as leukemia or evolves into acute leukemia. The disease is more common in men than women and in patients 60 years and older.

Common side effects reported by patients in clinical trials were capillary leak syndrome (fluid and proteins leaking out of tiny blood vessels into surrounding tissues), nausea, fatigue, swelling of legs and hands (peripheral edema), fever (pyrexia), chills and weight increase. Most common laboratory abnormalities were decreases in lymphocytes, albumin, platelets, hemoglobin and calcium, and increases in glucose and liver enzymes (ALT and AST). Health care providers are advised to monitor liver enzyme levels and for signs of intolerance to the infusion. Women who are pregnant or breastfeeding should not take Elzonris because it may cause harm to a developing fetus or newborn baby.

The labeling for Elzonris contains a Boxed Warning to alert health care professionals and patients about the increased risk of capillary leak syndrome which may be life-threatening or fatal to patients in treatment.

The FDA granted this application Breakthrough Therapy and Priority Reviewdesignation. Elzonris also received Orphan Drug designation, which provides incentives to assist and encourage the development of drugs for rare diseases.

The FDA granted the approval of Elzonris to Stemline Therapeutics.

Tagraxofusp is an IL-3 conjugated truncated diphtheria toxin.[4] It is composed by the catalytic and translocation domains of diphtheria toxin fused via Met-His linker to a full-length human IL-3.[6, 7] Tagraxofusp was developed by Stemline Therapeutics Inc and FDA approved on December 21, 2018, as the first therapy for blastic plasmacytoid dendritic cell neoplasm.[3] This drug achieved approval after being designed with the title of breakthrough therapy, priority review, and orphan drug status.[2] Tagraxofusp has been designed as an orphan drug in EU since November 2015.[7]

Tagraxofusp is indicated for the treatment of blastic plasmacytoid dendritic cell neoplasm (BPDCN) in adults and pediatric patients over 2 years old. This treatment allows an alternative for the previous intense treatment which consisted of intensive chemotherapy followed by bone marrow transplantation.[2]

BPDCN is a rare hematologic malignancy derived from plasmacytoid dendritic cells. It is characterized by the significantly increased expression of cells expressing CD4/CD56/CD123 and other markers restricted to plasmacytoid dendritic cells and a lack of expression of lymphoid, natural killer or myeloid lineage-associated antigens.[1] A key feature of the malignant cells is the overexpression of CD123, also known as interleukin-3 receptor, and the constant requirement of IL-3 for survival.[6]

PharmacodynamicsIn vitro studies showed that BPDCN blasts are ultrasensitive to tagraxofusp by presenting IC50 values in the femtomolar scale.[6] One of the main physiological changes of BPDCN is the presence of elevated interferon alpha and to produce an inflammatory response. In trials with tagraxofusp and following cell depletion, there was observed a significant reduction in the levels of interferon alpha and interleukin 6.[5]

Mechanism of actionTagraxofusp binds to cells expressing the IL-3 receptor and delivers in them the diphtheria toxin after binding. This is very useful as the malignant cells in BPDCN present a particularly high expression of IL-3 receptor (CD123+ pDC).[5] To be more specific, tagraxofusp gets internalized to the IL-3 receptor-expressing cell allowing for diphtheria toxin translocation to the cytosol and followed by the binding to ADP-ribosylation elongation factor 2 which is a key factor for protein translation. Once the protein synthesis is inhibited, the cell goes under a process of apoptosis.[4,6]

As the apoptosis induction requires an active state of protein synthesis, tagraxofusp is not able to perform its apoptotic function in dormant cells.[6]

Protein bindingTagraxofusp is not a substrate of p-glycoprotein and other efflux pump proteins associated with multidrug resistance.[6]

MetabolismFor the metabolism, as tagraxofusp is a fusion protein, it is expected to get processed until small peptides and amino acids by the actions of proteases.

Route of eliminationTagraxofusp is eliminated as small peptides and amino acids. More studies need to be performed to confirm the main elimination route.

Half lifeThe reported half-life of tagraxofusp is of around 51 minutes.[6]

ToxicityThere haven’t been analysis observing the carcinogenic, mutagenic potential nor the effect on fertility. However, in studies performed in cynomolgus monkeys at an overdose rate of 1.6 times the recommended dose, it was observed severe kidney tubular degeneration. Similar studies at the recommended dose reported the presence of degeneration and necrosis of choroid plexus in the brain were. This effect seems to be progressive even 3 weeks after therapy withdrawal.[Label]