In November 2015, the U.S. Food and Drug Administration approved daratumumab for treatement of multiple myeloma.[6]

Daratumumab can also bind to CD38 present on red blood cells and interfere with antibody testing. Patients will show a panreactive antibody panel, including a positive auto-control. Treatment of the antibody panel cells with dithiothreitol (DTT) and repeating testing will effectively negate the binding of daratumumab to CD38 on the RBC surface; however, DTT also inactivates/destroys many antigens on the RBC surface by disrupting disulfide bonds. Fortunately, the only antigen system affected that is associated with common, clinically significant antibodies is Kell, making K-negative RBCs a reasonable alternative when urgent transfusion is indicated.[7]

Daratumumab is a human IgG1k monoclonal antibody (mAb) that binds with high affinity to the CD38 molecule, which is highly expressed on the surface of multiple myeloma cells. It is believed to induce rapid tumor cell death through programmed cell death, or apoptosis, and multiple immune-mediated mechanisms, including complement-dependent cytotoxicity, antibody-dependent cellular phagocytosis and antibody-dependent cellular cytotoxicity.

In May 2013, daratumumab received Fast Track Designation and Breakthrough Therapy Designation from the US FDA for the treatment of patients with multiple myeloma who have received at least three prior lines of therapy including a PI and an immunomodulatory agent or who are double refractory to a PI and an immunomodulatory agent.  Breakthrough Therapy Designation is a program intended to expedite the development and review of drugs to treat serious or life-threatening diseases in cases where preliminary clinical evidence shows that the drug may provide substantial improvements over available therapy. Daratumumab has also received Orphan Drug Designation from the US FDA and the EMA for the treatment of multiple myeloma.

Five Phase III clinical studies with daratumumab in relapsed and frontline settings are currently ongoing. Additional studies are ongoing or planned to assess its potential in other malignant and pre-malignant diseases on which CD38 is expressed, such as smoldering myeloma and non-Hodgkin’s lymphoma. 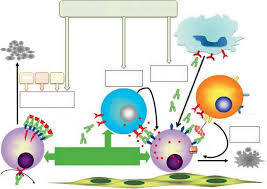 Genmab announced a global license and development agreement for daratumumab with Janssen Biotech, Inc. in August 2012.  The agreement became effective in September 2012.

DARZALEX is the first human anti-CD38 monoclonal antibody (mAb) approved anywhere in the world. CD38 is a surface protein that is expressed by most, if not all, multiple myeloma cells.7 DARZALEX is believed to induce tumor cell death through multiple immune-mediated mechanisms of action,8,9 in addition to apoptosis, in which a series of molecular steps in a cell lead to its death.10 Its approval comes just two months after the Biologics License Application (BLA) was accepted for Priority Review by the FDA in September 2015.11 DARZALEX received Breakthrough Therapy Designation from the FDA for this indication in May 2013.12

“Multiple myeloma is a highly complex disease and remains incurable, with almost all patients relapsing or becoming resistant to therapy,” said DARZALEX clinical trial investigator Paul G. Richardson, M.D., Clinical Program Leader and Director of Clinical Research, Jerome Lipper Multiple Myeloma Center, Dana-Farber Cancer Institute. “With DARZALEX, we have a promising new immunotherapy, which has shown pronounced efficacy as a single agent with an acceptable adverse event profile. This is especially important for treating these heavily pre-treated patients in whom all of the major classes of currently available medicines have failed.”

The pivotal open-label Phase 2 MMY2002 (SIRIUS) study showed treatment with single-agent DARZALEX resulted in an overall response rate (ORR) of 29.2 percent (95% CI; 20.8, 38.9) in patients who received a median of five prior lines of therapy, including a PI and an immunomodulatory agent.1

“The responses we saw in clinical trials that led to today’s approval were striking, especially considering that these patients received a median of five prior lines of therapy,” said MMY2002 investigator Sagar Lonial, M.D., Chief Medical Officer, Winship Cancer Institute of Emory University and Professor and Executive Vice Chair, Department of Hematology and Medical Oncology, Emory University School of Medicine. “It appears the mechanism of action for daratumumab (DARZALEX) may play an important role in its single-agent activity among this group of advanced-stage multiple myeloma patients.”

“Living with multiple myeloma is challenging, both physically and emotionally, especially as the disease progresses and treatment options become more limited,” said Debby Graff, a patient enrolled in a clinical trial at Dana-Farber Cancer Institute. “I am encouraged by emerging treatments for multiple myeloma, and I have a new outlook on my path forward.”

“While there have been considerable improvements over the past decade in the treatment of people living with multiple myeloma, these patients face a long, hard road – especially those whose disease has relapsed or is no longer responding to current therapies,” said Walter M. Capone, President and Chief Executive Officer of the Multiple Myeloma Research Foundation (MMRF). “With the approval of daratumumab, a new antibody option targeting CD38, along with ongoing work to advance the development of novel classes of therapies by both Janssen and MMRF, we are ushering in a new era of myeloma therapy focused on individualized treatment approaches for patients with significant unmet needs.”

“Our focus is developing transformational medicines for people living with hard-to-treat cancers, such as multiple myeloma,” said Peter F. Lebowitz, M.D., Ph.D., Global Oncology Head, Janssen. “The rapid development and approval of DARZALEX – the first human anti-CD38 monoclonal antibody – is a great example of this commitment and our ongoing work in developing immunotherapies. We will continue to study this compound as both a mono- and a combination therapy to understand its full clinical benefit for patients across the treatment continuum in multiple myeloma and other tumor types.”

The warnings and precautions for DARZALEX include infusion reactions, interference with serological testing and interference with determination of complete response (see Important Safety Information).1 The most frequently reported adverse reactions (incidence ≥20%) were: fatigue, nausea, back pain, pyrexia, cough and upper respiratory tract infection.1

The recommended dose of DARZALEX is 16 mg/kg body weight administered as an intravenous infusion.1 The dosing schedule begins with weekly administration (weeks 1-8) and reduces in frequency over time to every two weeks (weeks 9-24) and ultimately every four weeks (week 25 onwards until disease progression).1

About Multiple Myeloma
Multiple myeloma is an incurable blood cancer that occurs when malignant plasma cells grow uncontrollably in the bone marrow.2,3 Multiple myeloma is the third most common blood cancer in the U.S., following only leukemia and lymphoma.14 Approximately 26,850 new patients will be diagnosed with multiple myeloma, and approximately 11,240 people will die from the disease in the U.S. in 2015.15 Globally, it is estimated that 124,225 people will be diagnosed, and 87,084 will die from the disease in 2015.16,17 While some patients with multiple myeloma have no symptoms at all, most patients are diagnosed due to symptoms which can include bone problems, low blood counts, calcium elevation, kidney problems or infections.18 Patients who relapse after treatment with standard therapies (including PIs or immunomodulatory agents) typically have poor prognoses and few remaining options.3

Access to DARZALEX® (daratumumab) Injection, for Intravenous Infusion
DARZALEX (daratumumab) injection for intravenous infusion will be available for distribution in the U.S. within two weeks following FDA approval. Janssen Biotech offers comprehensive access and support information, resources and services to assist U.S. patients in gaining access to DARZALEX through the Janssen CarePath Program. For more information, health care providers or patients can contact: 1-844-55DARZA (1-844-553-2792). Information will also be available at www.DARZALEX.com. Dedicated case coordinators are available to work with both healthcare providers and patients.

Patients with private or commercial insurance may be eligible for the Janssen CarePath Savings Program for DARZALEX. Information on the enrollment process will be available online at www.darzalex.com/access-and-cost-support#affordability.

About DARZALEX® (daratumumab) Injection, for Intravenous Infusion
DARZALEX® (daratumumab) injection for intravenous infusion is indicated for the treatment of patients with multiple myeloma who have received at least three prior lines of therapy, including a proteasome inhibitor (PI) and an immunomodulatory agent, or who are double-refractory to a PI and an immunomodulatory agent.1 This indication is approved under accelerated approval based on response rate. Continued approval for this indication may be contingent upon verification and description of clinical benefit in confirmatory trials. DARZALEX is the first human anti-CD38 monoclonal antibody (mAb) to receive U.S. Food and Drug Administration (FDA) approval to treat multiple myeloma. DARZALEX is believed to induce tumor cell death through apoptosis, in which a series of molecular steps in a cell lead to its death1,10 and multiple immune-mediated mechanisms of action, including complement-dependent cytotoxicity (CDC), antibody-dependent cellular cytotoxicity (ADCC) and antibody-dependent cellular phagocytosis (ADCP).1,8 More information will be available atwww.DARZALEX.com. 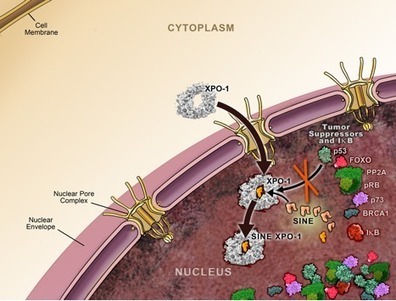