WO2016020324,  MULTI-COMPONENT CRYSTALS OF VISMODEGIB AND SELECTED CO-CRYSTAL FORMERS OR SOLVENTS

Developed and launched by Roche and its subsidiary Genentech, under license from Curis. Family members of the product Patent of vismodegib (WO2006028958),

Vismodegib was first disclosed in WO Patent Publication No. 06/028959. Vismodegib, chem-ically 2-Chloro-N-(4-chloro-3-pyridin-2-ylphenyl)-4-methylsulfonylbenzamide, is represented by the following structure:

Vismodegib is an active pharmaceutical ingredient produced by Genentech (Roche) and sold under the trade name Erivedge® (which contains crystalline Vismodegib as the active ingre-dient). Erivedge® is an oral Hedgehog signaling pathway inhibitor approved for the treatment of basal-cell carcinoma (BCC).

The present invention primarily relates to multi-component crystals comprising a compound of formula 1 (cf. above) and a second compound selected from the group consisting of co-crystal formers and solvents.

Vismodegib is a BCS class II compound with a high permeability but a low solubility where enhanced solubility or dissolution rates can lead to a significant advantage in respect to bio-availability.

Vismodegib is known to exist as crystalline free base. Salts of Vismodegib are men-tioned in US 7,888,364 B2 but not specified. In particular, the HCI salt is mentioned as intermediate but not characterized. Co-crystals or solvates are not reported at all.

The solubility of Vismodegib is reported to be 0.1 μg/mL at pH 7 and 0.99 mg/mL at pH 1 for Erivedge®. The absolute bio-availability after single dose is reported to be 31.8 % and the ex-posure is not linear at single doses higher than 270 mg. Erivedge® capsules do not have a food label. The estimated elimination half-life (t1/2) after continuous once-daily dosing is 4 days and 12 days after a single dose treatment (Highlights of Prescribing Information: ERIVEDGE® (vismodegib) capsule for oral use; Revised: 01/2012).

The discovery and preparation of new co-crystals or solvates offer an opportunity to improve the performance profile of a pharmaceutical product. It widens the reservoir of techniques/materials that a formulation scientist can use for designing a new dosage form of an active pharmaceutical ingredient (API) with improved characteristics. One of the most important characteristics of an API such as Vismodegib is the bio-availability which is often determined by the aqueous solubility.

A compound like Vismodegib may give rise to a variety of crystalline forms having dis-tinct crystal structures and physical characteristics like melting point, X-ray diffraction pattern, infrared spectrum, Raman spectrum and solid state NMR spectrum. One crystalline form may give rise to thermal behavior different from that of another crystalline form. Thermal behavior can be measured in the laboratory by such techniques as capillary melting point, thermogravimetry (TG), and differential scanning calorimetry (DSC) as well as content of sol-vent in the crystalline form, which have been used to distinguish polymorphic forms.

Multi-component crystals comprising Vismodegib and selected co-crystal formers or solvents may improve the dissolution kinetic profile and allow to control the hygrosco-picity of Vismodegib. 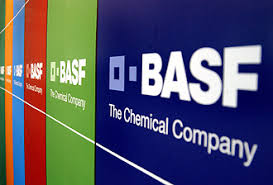 314 mg Vismodegib and 86 mg maleic acid are suspended in toluene saturated with maleic acid for 2 d, filtered and dried.

H-NMR spectroscopy indicates a molar ratio of Vismodegib to maleic acid of about 1 :1 .3. However single crystal X-ray data confirms a ratio of 1 :2 (Table 1 ).