Unani-tibb or Unani Medicine also spelled Yunani Medicine (/juːˈnɑːni/; Yūnānī in Arabic, Hindustani, pashto and Persian) is a form oftraditional medicine widely practiced by Muslims. It refers to a tradition of Graeco-Arabic medicine, which is based on the teachings of Greek physician Hippocrates, and Roman physician Galen, and developed into an elaborate medical System by Arab and Persian physicians, such asRhazes (al-Razi), Avicenna (Ibn Sena), Al-Zahrawi, and Ibn Nafis.

Unani medicine is based on the concept of the four humours: Phlegm (Balgham), Blood (Dam), Yellow bile (Ṣafrā’) and Black bile (Saudā’).

The word Unani or Yunani has its origins in the Greek word Ἰωνία (Iōnía) or Ἰωνίη (Iōníe), a place name given to a Greek populated coastal region of Ionian Sea.

The Origin of  Unani system of medicine Is from Greece. The term ‘UNANI’ is derived from the word ‘UNAN’ or “YUNAN” which means Greece in Arabic Its also know as Greco-Arab medicine. the treatment of Unani is based on teachings of Hippocrates It was the work of the Greek philosopher-physician Hippocrates {Buqrat In Arabic} (460-377 B.C.), who freed medicine from the realm of superstition and magic and gave it the status of science. He considered illness to be natural rather than a supernatural phenomenon, and he felt that medicine should be administered without ritual ceremonies or magic.By his method of careful study and comparison of symptoms, he laid the foundation for clinical medicine.
Hippocrates

After Hippocrates Many scholars enriched the system of Unani Medicine. Of them Galen {Jalinus in Arabic} (131-200 A.D.) stands out as the one who established its foundation on which Arab physicians like Rhazes {Al-Razi in Arabic} (850-932 A.D.) and Avicenna {Ibn-Sena in Arabic} (980-1037 A.D.) constructed an imposing edifice. Galen introduced and practiced the Unani system of medicine in pre-Islamic Egypt, researched, experimented and developed hundreds of new medicines and cures for almost all types of diseases.

Unani medicine was the first to establish that disease was a natural process and that symptoms were the reactions of the body to the disease. It believes in the humeral theory which presupposes the presence of the four humors – Dam (blood), Balgham(phlegm), Safra (yellow bile) and Sauda (black bile) in the body. Each humor has its own temperament – blood is hot and moist, phlegm cold and moist, yellow bile hot and dry and black bile cold and dry. Every person attains a temperament according to the preponderance in them of the humors which represent the person’s healthy state, which are expressed as sanguine, phlegmatic, choleric and melancholic.

It was further enriched by imbibing the best of contemporary systems of medicine in the middle eastern and far eastern countries like  Egypt, Syria, Iraq, Persia, India, China and other Middle East and Far East countries enriched the Unani system. That is why this system is known, in different parts of the world, with different names such as Greco-Arab Medicine, Ionian Medicine, Arab Medicine, Islamic Medicine, Traditional Medicine, Oriental Medicine, etc.

A Unani physician does not prescribe the strongest drug at the beginning of the treatment. He selects the drug according to the degree of variation from the normal healthy condition and observes the effect produced by the treatment. At the same time, he instructs the patient to observe some restrictions in diet and lifestyle.“Besides the use of herbs for treatment, Unani medicine employs a variety of other techniques intended to cleanse the body and restore humor balance. These techniques include: mushil (purging), taareeq (sweating), hammam (bath therapy), munzij (ripening), mahajim (cupping) and riyazat (exercise).

Though the threads which comprise Unani healing can be traced all the way back to Ancient Iranian Medicine, the basic knowledge of Unani medicine as a healing system was developed by Muslim scholar Hakim Ibn Sina (known as Avicenna in the west) in his medical encyclopedia The Canon of Medicine. The time of origin is thus dated at circa 1025 AD, when Avicenna wrote The Canon of Medicine in Persia. While he was primarily influenced by Greek and Islamic medicine, he was also influenced by the Indian medical teachings of Sushruta and Charaka.

Unani medicine first arrived in India around 12th or 13th century with establishment of Delhi Sultanate (1206-1527) and Islamic rule over North India and subsequently flourished under Mughal Empire. Alauddin Khilji (r. 1296-1316) had several eminent Unani physicians (Hakims) in his royal courts In the coming year this royal patronage meant development of Unani practice in India, but also of Unani literature with the aid of Indian Ayurvedic physicians.

Fortunately, Unani classical literature consists of thousands of books and contains vast knowledge and mention of experiences on all aspects of medicine. According to Unani medicine, management of any disease depends upon the diagnosis of disease. In the diagnosis, clinical features, i.e., signs, symptoms, laboratory features and mizaj (temperament) are important.

Any cause and or factor is countered by Quwwat-e-Mudabbira-e-Badan (the power of body responsible to maintain health), the failing of which may lead to quantitatively or qualitatively derangement of the normal equilibrium of akhlat (humors) of body which constitute the tissues and organs. This abnormal humor leads to pathological changes in the tissues anatomically and physiologically at the affected site and exhibits the clinical manifestations.

After diagnosing the disease, Usoole Ilaj (principle of management) of disease is determined on the basis of etiology in the following pattern:

For fulfillment of requirements of principle of management, treatment is decided as per the Unani medicine which may be one or more of the following:

As an alternative form of medicine, Unani has found favor in India where popular products like Roghan Baiza Murgh (Egg Oil) and Roghan Badaam Shirin (Almond Oil) are commonly used for hair care. Unani practitioners can practice as qualified doctors in India, as the government approve their practice. Unani medicine is very close to Ayurveda. Both are based on theory of the presence of the elements (in Unani, they are considered to be fire, water, earth and air) in the human body. (The elements, attributed to the philosopher Empedocles, determined the way of thinking in Medieval Europe.) According to followers of Unani medicine, these elements are present in different fluids and their balance leads to health and their imbalance leads to illness.

In India, there are 40 Unani medical colleges where the Unani system of medicine is taught. After five and half year courses, the graduates are awarded BUMS (Bachelor of Unani Medicine and Surgery). There are about eight Unani medical colleges where a postgraduate degree (Mahir-e-Tib and Mahir Jarahat) is being awarded to BUMS doctors. All these colleges are affiliated to reputed universities and recognized by the governments.

In India, the Central Council of Indian Medicine (CCIM) a statutory body established in 1971 under Department of Ayurveda, Yoga and Naturopathy, Unani, Siddha and Homoeopathy (AYUSH), Ministry of Health and Family Welfare, Government of India, monitors higher education in areas of Indian medicine including, Ayurveda, Unani and Siddha. To fight biopiracy and unethical patents, the Government of India, in 2001, set up the Traditional Knowledge Digital Library as repository of formulations of systems of Indian medicine, includes 98,700 Unani formulations.[14][15] Central Council for Research in Unani Medicine (CCRUM) established in 1979, also under AYUSH, aids and co-ordinates scientific research in the Unani system of medicine through a network of 22 nationwide research institutes and units, including two Central Research Institutes of Unani Medicine, at Hyderabad and Lucknow, eight Regional Research Institutes at Chennai, Bhadrak, Patna, Aligarh, Mumbai, Srinagar, Kolkata and New Delhi, six Clinical Research Units at Allahabad, Bangalore, Karimganj, Meerut, Bhopal and Burhanpur, four Drug Standardisation Research Units at New Delhi, Bangalore, Chennai and Lucknow, a Chemical Research Unit at Aligarh, a Literary Research Institute at New Delhi.

According to WHO, “Pharmacovigilance activities are done to monitor detection, assessment, understanding and prevention of any obnoxious adverse reactions to drugs at therapeutic concentration that is used or is intended to be used to modify or explore physiological system or pathological states for the benefit of recipient.” These drugs may be any substance or product including herbs, minerals, etc. for animals and human beings and can even be that prescribed by practitioners of Unani or ayurvedic system of medicine. In recent days, awareness has been created related to safety and adverse drug reaction monitoring of herbal drugs including Unani drugs. 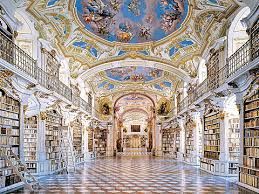